The line of storms that rolled across Long Island late yesterday afternoon packed a nice punch.  I watched the storm on radar and my lightning tracker app, trying to figure a good place to get positioned for some lightning shots.  I noticed a nice shelf cloud that looked like a UFO passing just to the north of Brookhaven and started following it on Sunrise Highway east but I was soon driving in torrential sideways rain.  My lightning tracker was showing incredible lightning between Wading River and Riverhead but the rain was too heavy to get my equipment out.   I gave up and turned around in Riverhead and headed back to Smith Point Beach to see if there would be less rain and perhaps some lightning on the backside of the storm.

As I crossed Smith Point Bridge I witness sheets of lightning filling the entire sky, the most incredible display I have ever seen.  I positioned near the Smith Point Pier and trained two cameras and a GoPro looking north across Narrow Bay at a steady lightning show with the occasional huge burst that filled the horizon with bizarre-looking spider lightning across the sky.  I missed most of the best displays but the GoPro managed to capture a few of them in the video below.

I also went back and checked to see if the Fire Island and Beyond Marina Cam captured any good footage of the storm moving across the bay.  Situated on top of the Davis Park Casino Bar and Restaurant, this has one of the highest views on Fire Island.  The video below was grabbed between 7:15 and 7:30 p.m.  It is amazing how quickly the bay can change from dead calm to white caps.

The rest of the photos were taken at Smith Point between 8:45 and 9:15.  The last shot is some lightning over the Smith Point Bridge as another cell came in off the Ocean.  I would have hung around but it started pouring again. 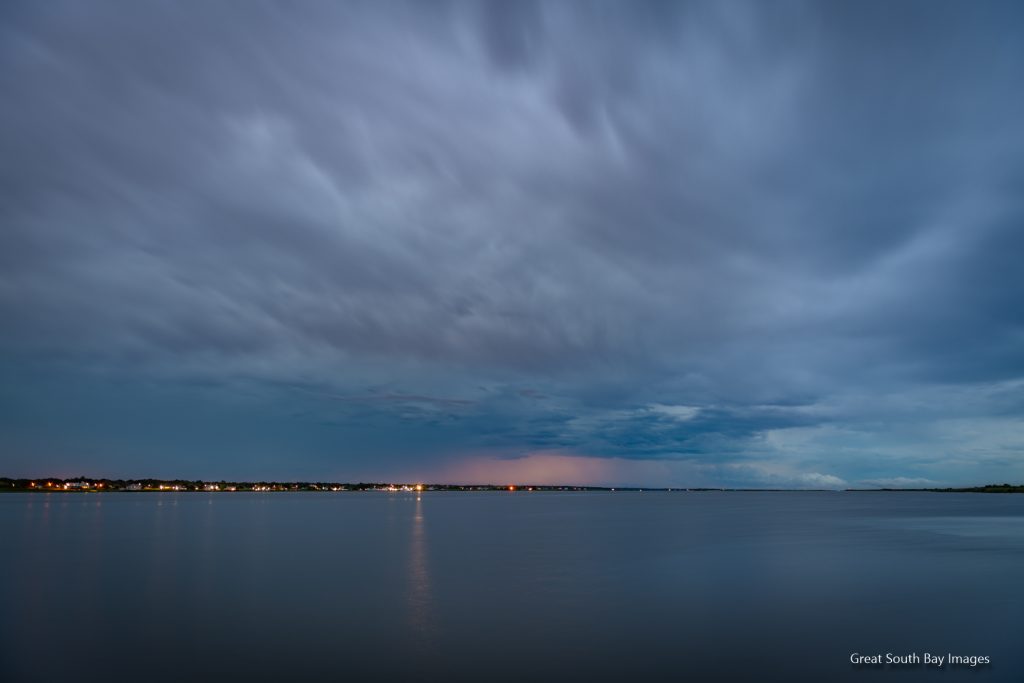 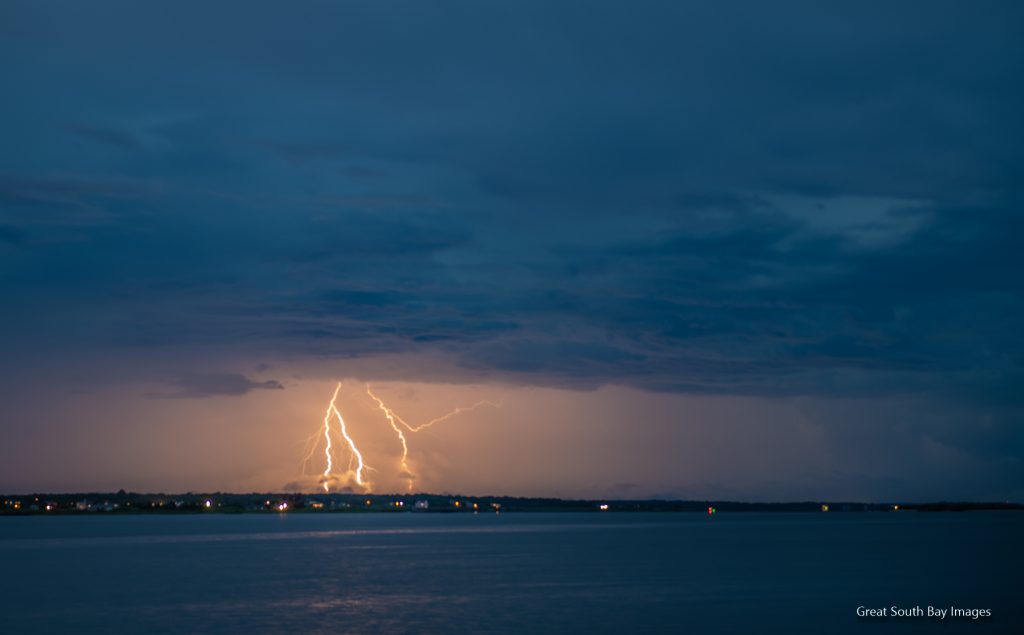 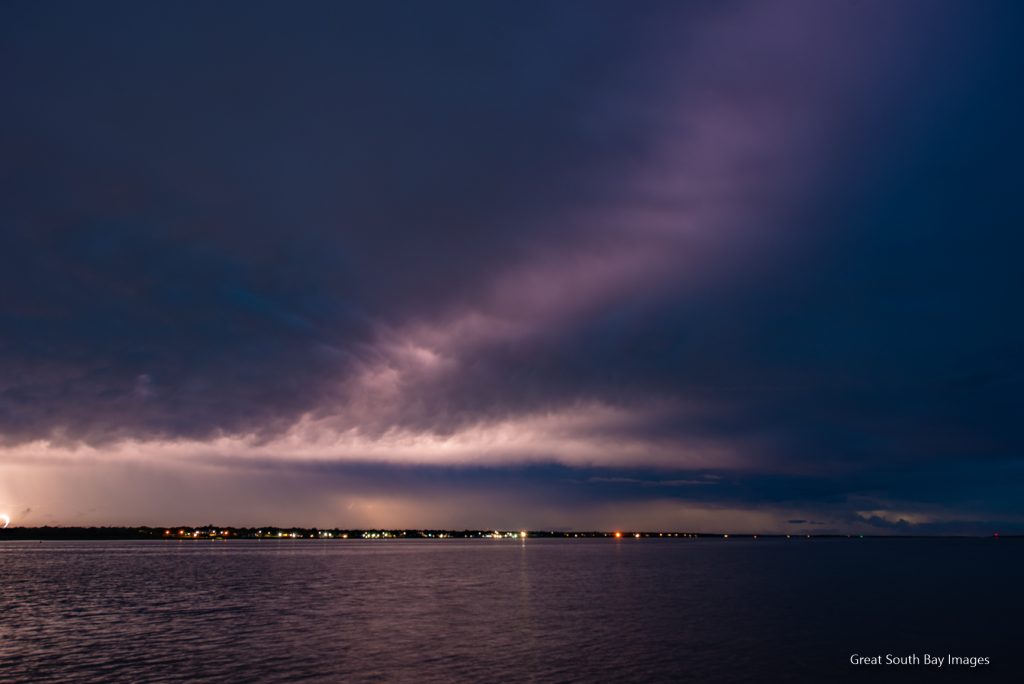 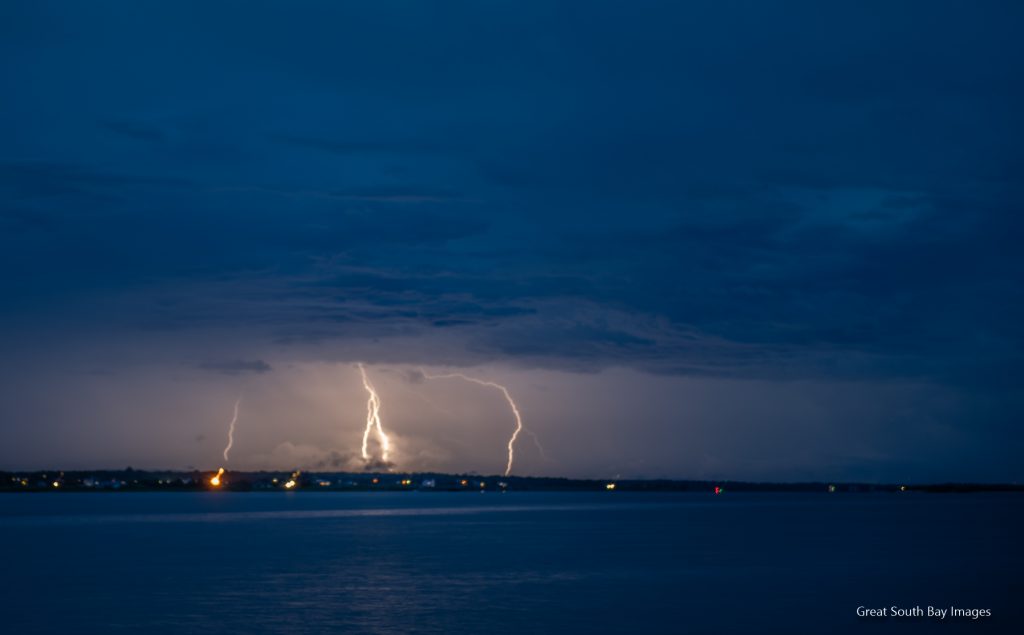 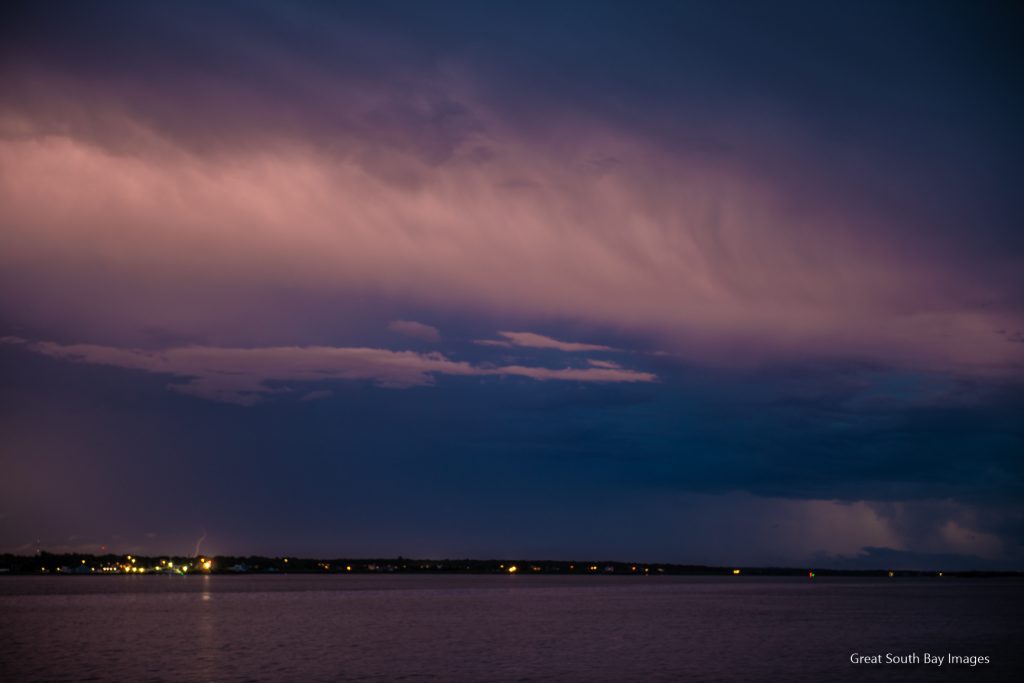 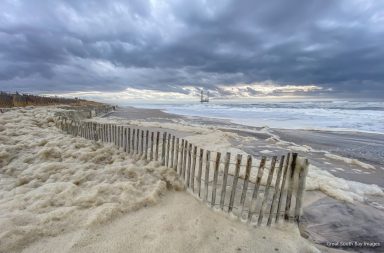