Patchogue Theatre for the Performing Arts announced a winter raffle contest to help pay for an LED marquee that’s planned to go up over Main Street.

The theater is selling 500 tickets at $100 each for a chance to win a four-day, three-night September getaway at a Davis Park, Fire Island, beach house — a package that also includes a $100 Casino gift card and free round-trip ferry tickets. DETAILS

Sponsored by greaterpatchogue.com, the raffle tickets will be available at the theater’s box office, located at 71 East Main Street.

“Last year, our theater had a beautiful facelift but our marquee has seen better days so we are starting a fundraiser to replace front and side panels with a digital LED system,” theater trustee Christopher Capobianco said during Saturday night’s New Year’s Eve countdown in Patchogue, where the raffle contest was announced.

The theater’s new marquee will cost about $250,000, and the proceeds from the raffle will help pay for it.

“Only 500 will be sold so your odds are very good,” Capobianco told the crowd.

“I’ve seen these LED marquees go up in other downtowns on Long Island,” greaterpatchogue.com publisher Michael White said on New Year’s Eve. “They’re so great, not just for announcing what’s going on inside the theater, but informing the public about exciting things that are happening elsewhere in the village as well.”

CLICK HERE to read more about the planned marquee.

To get an idea how beautiful September is at Davis Park click here. 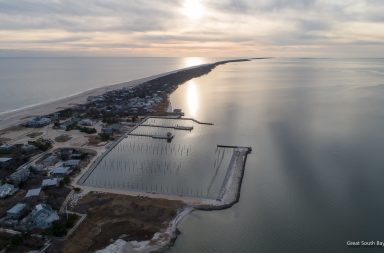