What's Next for Menhaden, the most important fish in the Sea

I am fortunate to be closing out 2016 with memories of spectacular, National Geographic style marine wildlife sightings, often within shouting distance of Long Island and NYC beaches.  If you missed the whales, dolphins, seals, striped bass, bluefish, sharks, gannets, ospreys, eagles etc. – you are in luck because Fireislandandbeyond.com features photos and videos from some of the best amateur and professional wildlife photographers around.

Tim DelGrosso  captured the amazing  drone footage below of bunker migrating off Long Beach this Fall to give an example.

These sightings all have one thing in common, big schools of bunker – (AKA Atlantic menhaden).  But the greater menhaden numbers in NY waters is not the result of a random natural occurrence.  To the contrary, it is the result of years and years of hard fought advocacy, and the work is not yet complete.

Over a decade ago, a small but relentless chorus of scientists and fisherman, some initially concerned about malnutrition Chesapeake Bay’s striped bass, began ringing alarm bells.  The massive schools of menhaden that once filled estuaries and Atlantic coastal waters had shrunk to a fraction of what they once were after decades of unregulated industrial fishing.  The vast majority of menhaden were being harvested inside and close to Chesapeake Bay to make a variety of products from pig feed to fish oil pills.  As the population shrank so did their range with northern states, including NY, notably losing out.

In 2001 Discover Magazine published the precursor to Bruce Franklin’s book titled The most important fish in the sea warning of cascading negative environmental consequence of the lost menhaden.   It took another 11 years for the managers in charge of the menhaden fishery (Atlantic States Marine Fisheries Commission ASMFC) to pass Amendment 2 which finally capped and cut the largely unregulated menhaden harvest.  This pivotal action is why we are now seeing more fish in NY.

But a lasting coast-wide resurgence of menhaden is not a forgone conclusion.  Since Amendment 2 was passed, fishery managers have increased catch levels close to what they were before the cap.  And ASMFC has yet to follow through on its promise to officially set menhaden management benchmarks that account for the nutritional needs of larger fish, sharks, marine mammals and birds that rely on menhaden for food.

Now, managers are preparing to draft Amendment 3 to the menhaden fishery management plan.  An important step in that process is for ASMFC staff to take a coast wide tour seeking public input on the question; “How would you like management of the Atlantic menhaden fishery to look in the future?”

There are several specific points that fishery managers are seeking comment on.  Much of it has to do with accounting for catches, and balancing localized bait needs with the operation objectives of the Virginia based industrial fishing corporation that currently has a monopoly on 80% of the coast-wide menhaden quota.

While not everyone will be familiar with or concerned about the nuances of particular plan provisions, now is the time to press fishery managers to stick to their promise to manage this critically important forage fish in a way that leaves enough forage in the water to feed an ocean worth of fish and wildlife.

Comments on the Public Information Document can be expressed at a hearing at the Freeport Memorial Library, 144 West Merrick Road at 6:30pm on Thursday December 15th, or until January 4th by writing to Megan Ware at comments@asmfc.org (subject line: Menhaden PID).  More information and directions can be found here.

Before attending or writing, there are simple ways to get more background on this issue.  A respected and knowledgeable local resource is Long Island Charter Boat Captain and New York’s representative to The Mid-Atlantic Fishery Management Council John McMurray.  For more details, check out John’s recent blog on this topic. 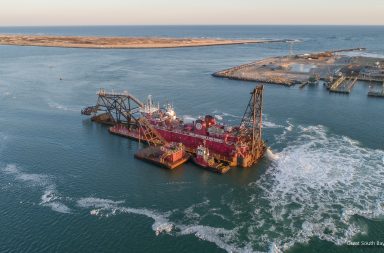