What Happened at the Menhaden Meeting

As many recent articles by myself and others reflect, menhaden are super important for anyone who cares about (or makes a living from) our bays, the ocean, fishing, or marine wildlife from seabirds to the great whales.

Leading up to last week, there was a great sense of urgency around menhaden management.  The Atlantic States Marine Fisheries Commission (ASMFC) was about to deliberate and approve Amendment 3 to the Atlantic Menhaden Fishery Management Plan, and they were seeking public input through meetings and in writing.  The NY hearing was well-attended.  Baymen, sport fishermen, charter captains, bait dealers, scientists, whale watchers, bird enthusiasts, environmental advocates, and a state legislator were united in asking that menhaden be managed to improve their abundance throughout their historic range and that management objectives specifically account for their role in the ecosystem.

Many also acknowledged that states like NY should be allowed to harvest a few more fish as they grow more abundant on our waters.  That’s not much to ask considering that NY was apportioned just <0.06% (242,032 lbs) of the coast-wide Total Allowable Catch (TAC) in 2017, while VA was apportioned >85% (372,443,990 lbs), and NJ received >11% (48,853,880 lbs).  The vast majority of these fish are harvested industrially by a single corporation that processes them to make a variety of non-human food products that are globally increasing in demand.

Going into the two-day meeting in Baltimore on Nov 13-14, a record-breaking number (> 150,000) of public comments asked for continued menhaden population recovery and for catch limits based on Ecosystem Reference Points (ERPs) that specifically account for leaving enough fish in the water for their role in the ecosystem.  Though the meeting was scheduled for a 1pm start, the halls were filled by noon with more about 150 advocates for menhaden conservation from up and down the coast.  There was a buzz of excitement.  One group had made signs; another printed up menhaden t-shirts.  Just after noon, a large group of us had a pre-meeting gathering.  It reflectively began with a moment of silence to celebrate the tireless efforts of the fishermen, scientists, and advocates who dedicated decades to get us to this day but had passed on before they could see it for themselves.  This meeting was anticipated to be the historic moment that the proverbial glass ceiling of fishery management in the Atlantic would be shattered.

But soon after the meeting started, it became obvious that something was wrong.  Opponents of adopting ERPs maneuvered in a coordinated way.  They appealed to conservation-minded commissioners by saying that the interim ERPs were too risky and would lead to extraordinary catch increases that put menhaden at risk of collapse.  At the same time, they appealed to those that wanted to increase catch by saying that the proposed interim ERPs would result in drastic catch reductions and job losses in VA.  Based on their posture and the tone of deliberations, it soon became clear that most commissioners were looking for a specific outcome.

Importantly, in background of all of negotiations loomed VA’s open threat to simply not abide by the rules if they didn’t get what they wanted.  Threats like this have become a real obstacle for ASMFC.  Starting this year, the federal government, which provides the legal backstop for ASMFC decisions, has become unreliable, unpredictable, and unconcerned with science and environmental impacts.

By the time the final vote on ERPs was cast around 4pm, the mood in the room had darkened.  Commissioners voted resoundingly to keep using single species reference points, allowing continued disregard for menhaden’s role in the ecosystem when setting catch quotas.  As the first day of the meeting concluded, grown men—tough fishermen—were teary eyed and consoling each other as the room cleared out.

But this was a long meeting, and a lot of decisions were made on the second day.

There was yet another increase in the coast wide TAC (the third in as many years).  Though VA and NJ wanted an increase of 20%, the increase was held to 8% (roughly a 32,300,000 lbs increase from 2017).  This means that cumulatively the annual TAC for menhaden has increased by 100,000,000 lbs from the limits first imposed for the 2013 season—the limit which kicked off the recovery we’ve seen over the last few years.  However, unlike the last two TAC increases that predominantly only provided catch increases in VA and NJ, this one was distributed evenly to all the states on the Atlantic coast.

Attempts to simplify menhaden management and to include all the harvest under the TAC also failed.  Complicated provisions that exempt certain types of harvest from counting against the TAC will continue until the next plan amendment.

Arguably, the best decision was the last one on the agenda—lowering the quota for the total weight of menhaden that can be harvested out of Chesapeake Bay from roughly 192,000,000 lbs to roughly 112,000,000 lbs.  Chesapeake Bay is a critical nursery for both menhaden and striped bass.   Although the new quota is in line with what has been harvested in the last few years, lowering the cap was important for preventing future increases.

There are a lot of important lessons that we need to heed as we prepare for the next opportunity to improve management of menhaden in 2019-2020.  The first is about the science.  Simply put, the science needs to be presented in a more irrefutable way.  As a scientist, I know that this is possible, and I plan to work behind the scenes to help prepare for this.

The second is about advocacy.  People whose livelihoods depend on abundant menhaden need to step up, show up, and speak up.  While not useless, it’s now been shown that tens of thousands of form letters are not enough to sway decisions.  Listening to conversations at the management board, you would think the only jobs that mattered were those of the industrial scale harvesters in VA and NJ.  Commissioners seem programed to think increasing catch quotas is good for jobs and decreasing catch quotas is bad for jobs.  They have yet to show an understanding that leaving a lot of menhaden in the water ultimately supports a lot more jobs up and down the coast.  Jobs and small businesses run by professional charter and commercial fishermen, whale tour guides, and the many people in the fishing support industries.

Conflicts concerning menhaden management have been going on since before the civil war.  Perhaps we were naive to think we could solve all this at a single meeting in 2017.  But my colleagues and I are already planning for 2019.  And appropriately, this year, in the spirit of Tom Petty – we won’t back down.

Below, check out the video produced by the Nature Conservancy and Red Vault Productions:

Below is a video and a few images taken right off the beach last weekend near Moriches Inlet. 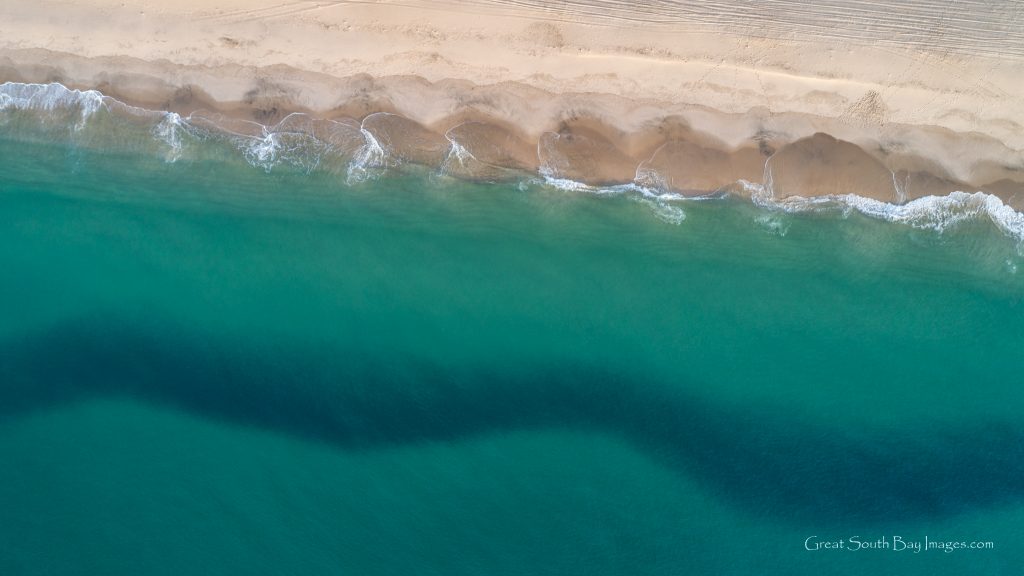 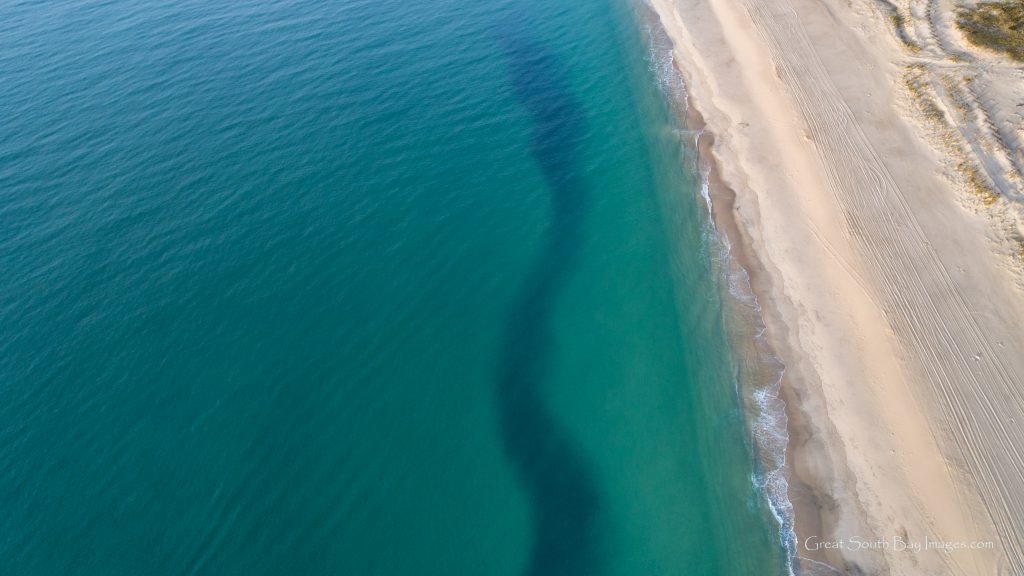 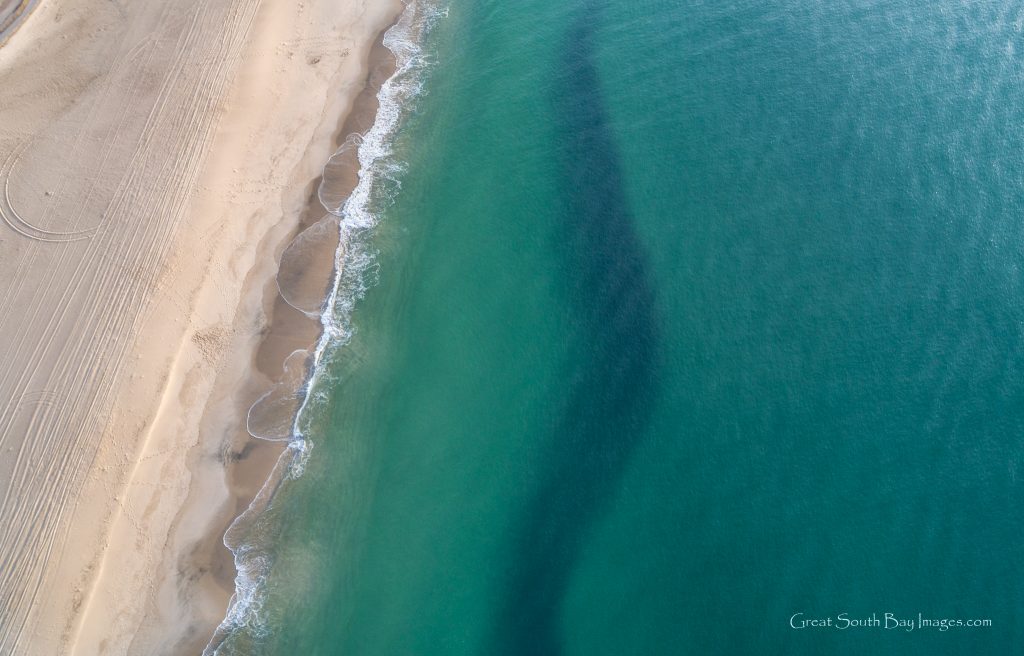 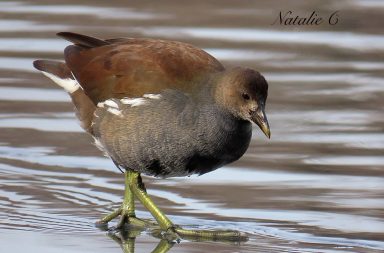