What did the Watch Hill marina update entail?

Woodstock Construction LTD began work on the multimillion dollar project in September, 2016 to replace the entire electrical system, including pedestals and lighting, and the adjacent bulkhead and boardwalk damaged by Hurricane Sandy. Once the 50 year-old marina was opened up for this work, it became clear that additional work was needed to strengthen the substructure.  Supplemental girders were added and all areas of the bulkhead were backfilled. A new elevated electrical building was constructed and the existing conduit and conductors were replaced. Composite lumber decking and new pedestals were also installed on the marina boardwalks.

How much did it cost?

Approximately $6.9 million. In addition to recovery projects managed by the NPS, six construction contracts totaling $16.4 million have been funded through a partnership with the Federal Highway Administration (FHWA) to restore access by rehabilitating roads, boardwalks, and marinas on Fire Island. The Watch Hill marina was the sixth such project to have been completed in the last five years.

Did the number of slips change?

Watch Hill is a 183-slip transient marina with water, electric, and pump-out station. Eight slips are NPS/administrative and 175 are available to boaters.

The number of slips was not changed during the Watch Hill marina update as the funding was to support repair of Sandy damage. However, on D dock the boat slips are more uniformly laid out, with slips starting out at 14’ beam width and moving up incrementally 1 foot wider at a time (15/16/17) up to 18’ wide.

Will all slips be available on May 18?

After marina construction was complete, nearly half of the pilings sustained ice damage. Funding for repair has been approved and the National Park Service (NPS) is working to finalize the contract. We are hopeful that piling repair will take place soon.

Were there any other facility updates at Watch Hill?

The NPS updated the visitor center exterior and added an accessible ramp to access the marina center. The overlook and upper section of the ¾-mile Salt Marsh Nature Trail was also upgraded during the marina closure.

If you don’t have a boat, Watch Hill is serviced by the Davis Park Ferry Company.  A limited schedule starts on Friday, click here for details on parking and schedule.

Below are some aerial photos taken in late April of the Marina after construction was completed with some more images and video on page 2. 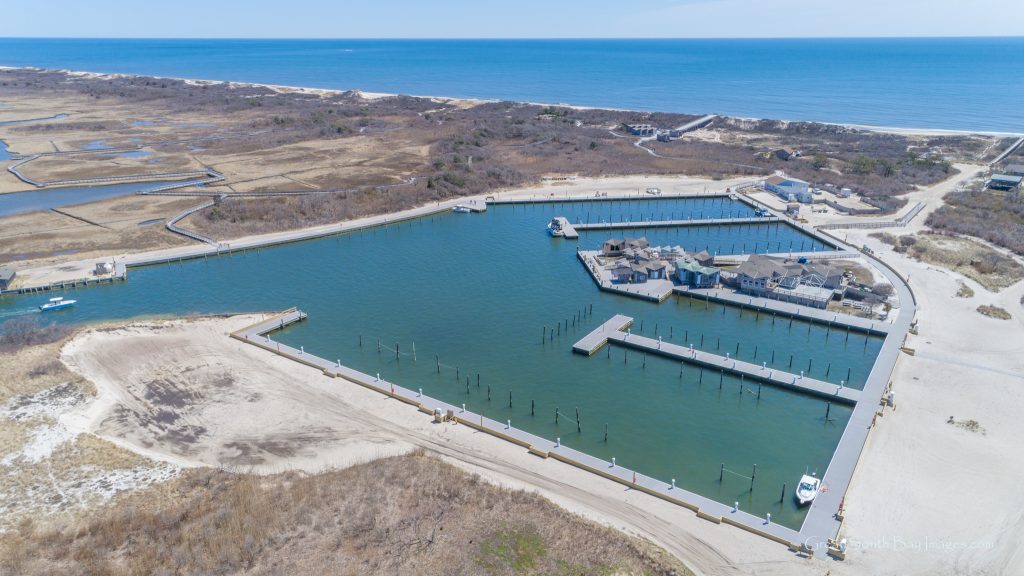 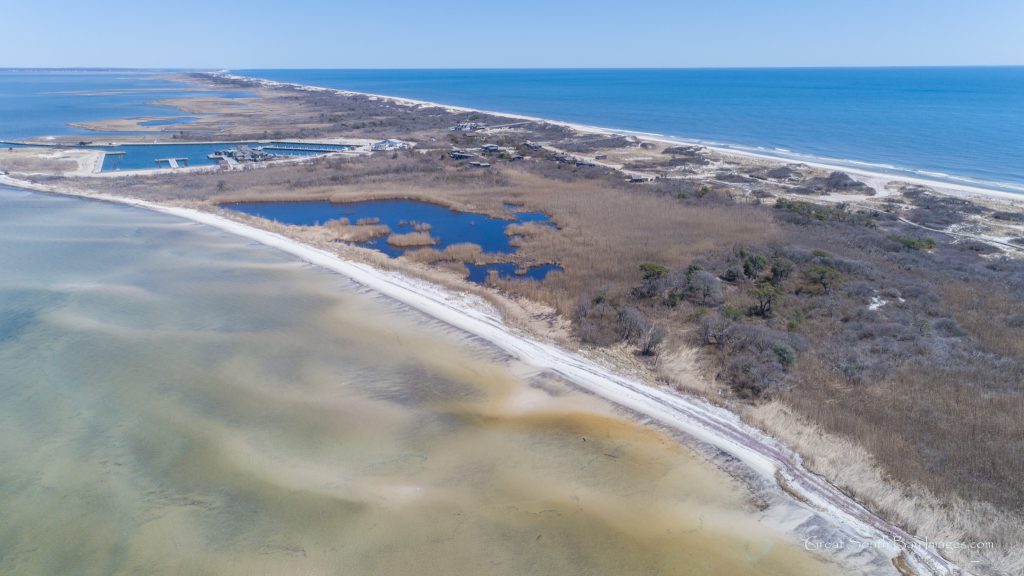 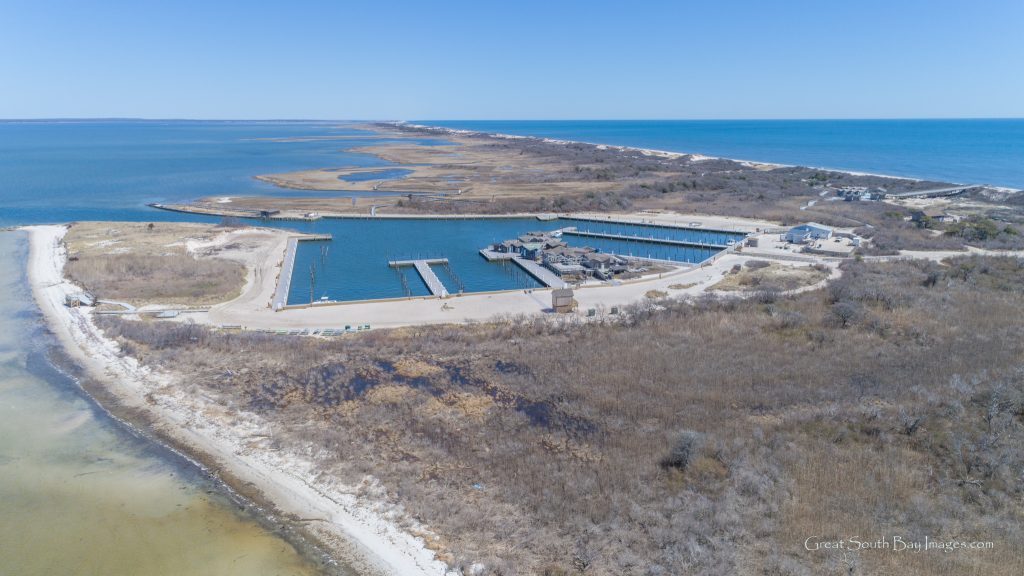 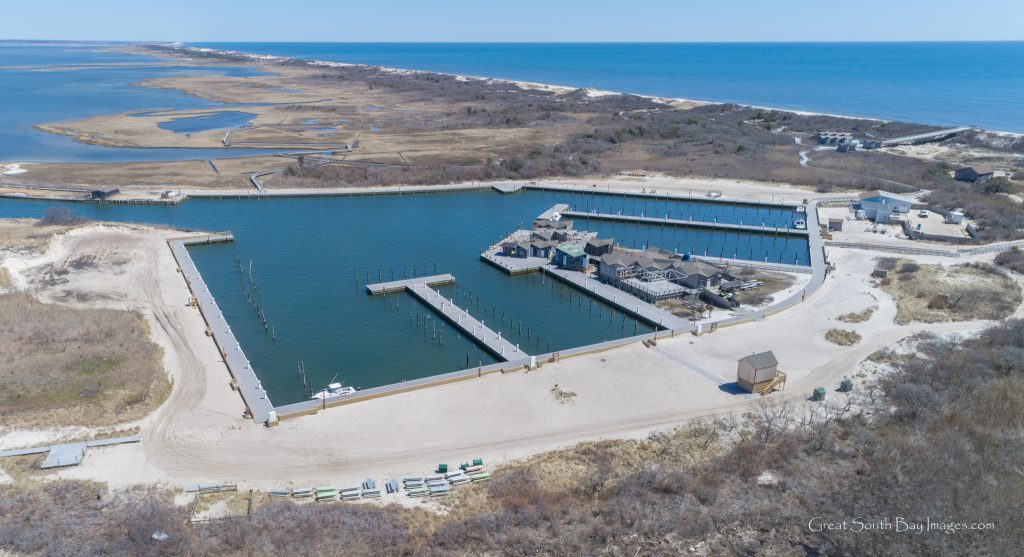 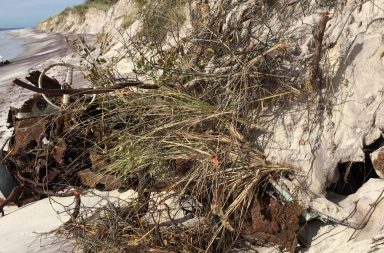