After another round of heavy rain Sunday morning, the sun suddenly appeared, leading me to take a quick run down to the bay in Brookhaven to look for a rainbow.

When I first arrived I thought I struck out as a dark cloud moved in front of the sun behind me to the east.  At the same time another band of rain was moving in from the west.  After taking a few shots and waiting a few minutes the sun came out again and a faint rainbow started to show up and just got better and better for the next half hour or so.  It even gave me time to launch my drone for some video and images.

Later in the day, I went boating with friends, starting at the Oar Steak and Seafood on Patchogue River and stopping in Sayville and Davis Park.  The entire time we enjoyed hot sunny weather while watching huge clouds building over the mainland.

Photos from Patchogue River, Sayville, and Davis Park on page 3 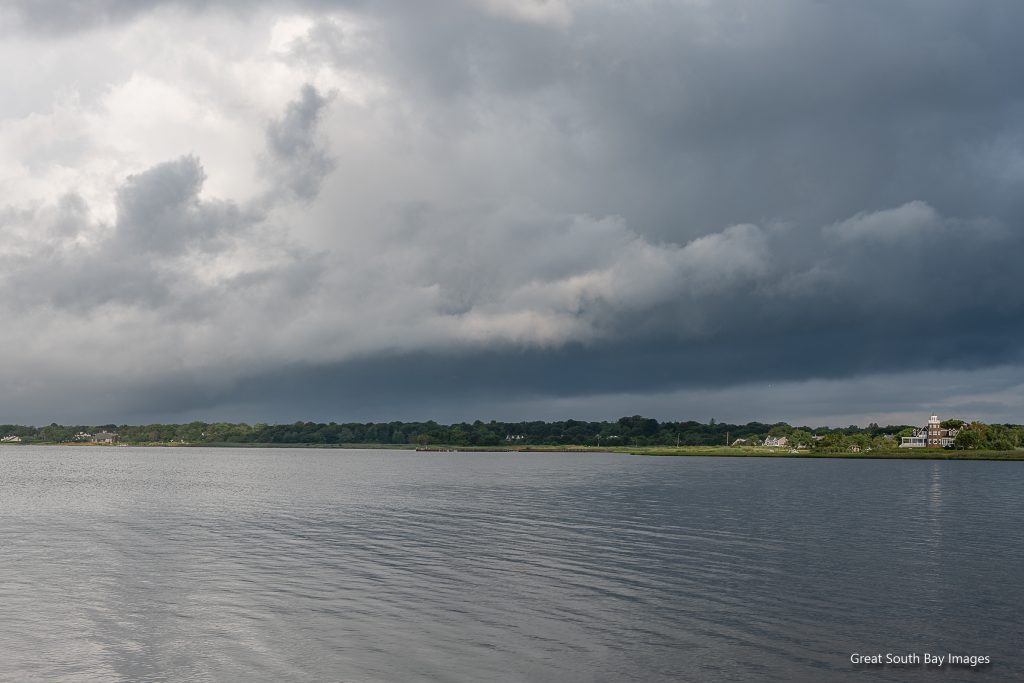 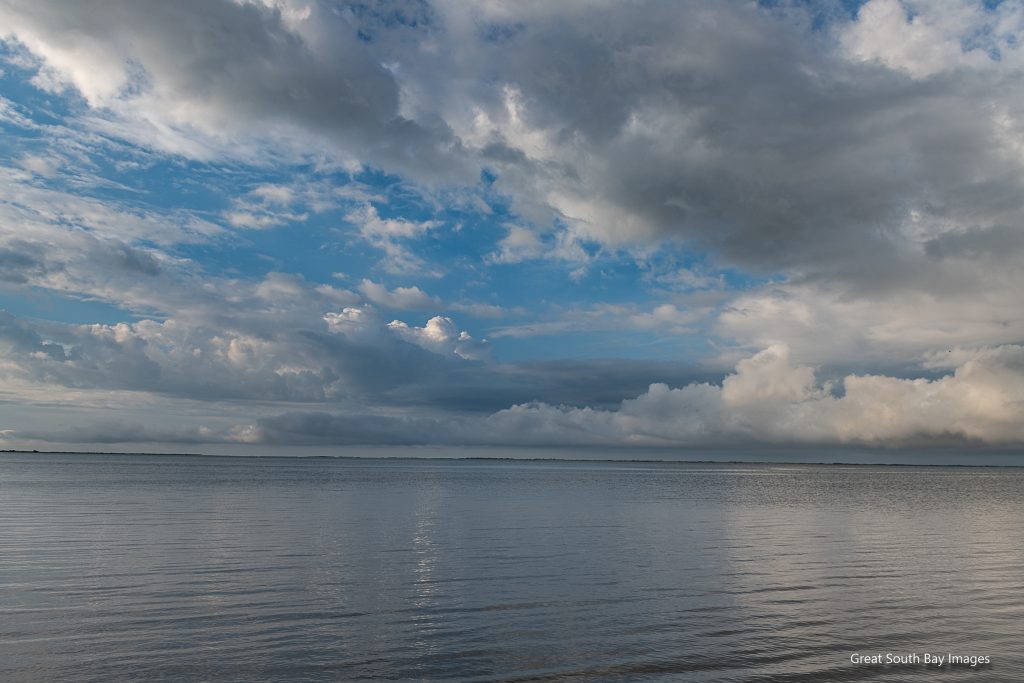 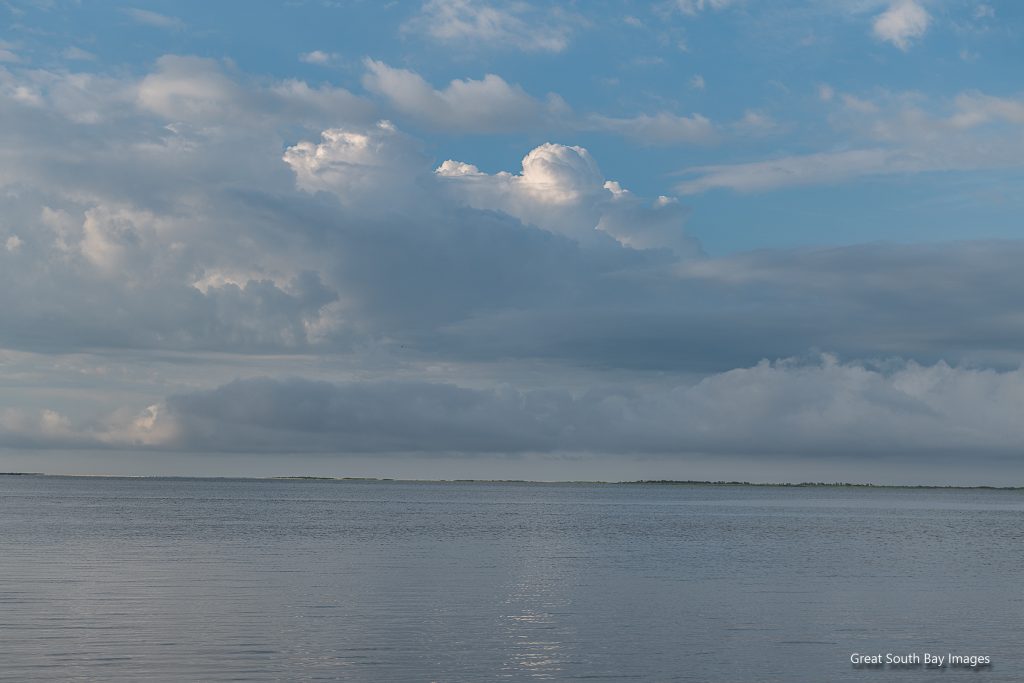 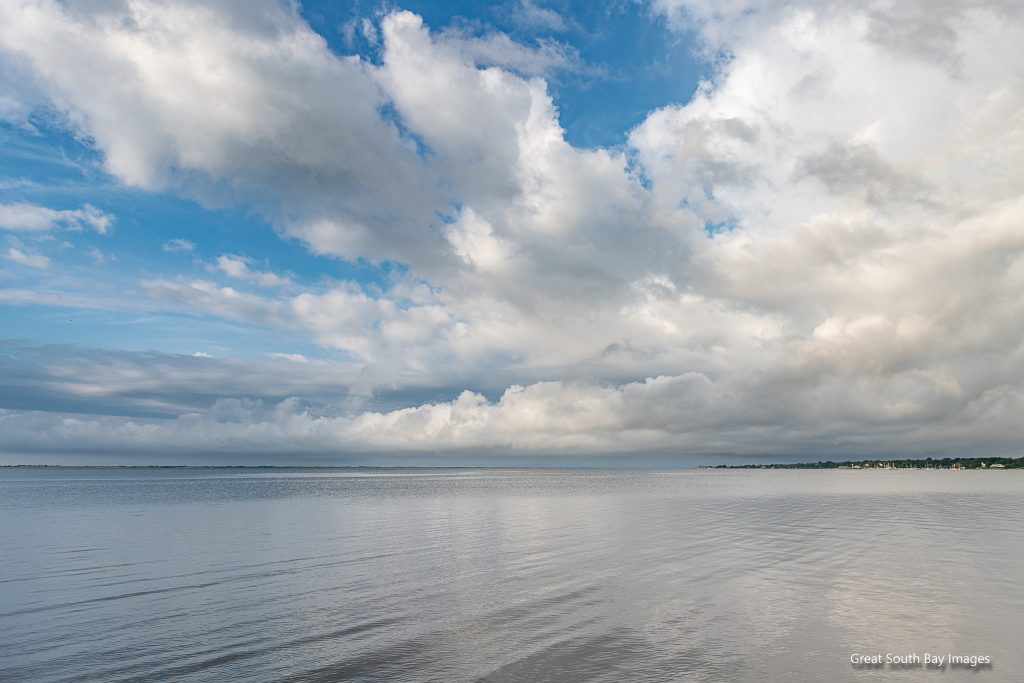 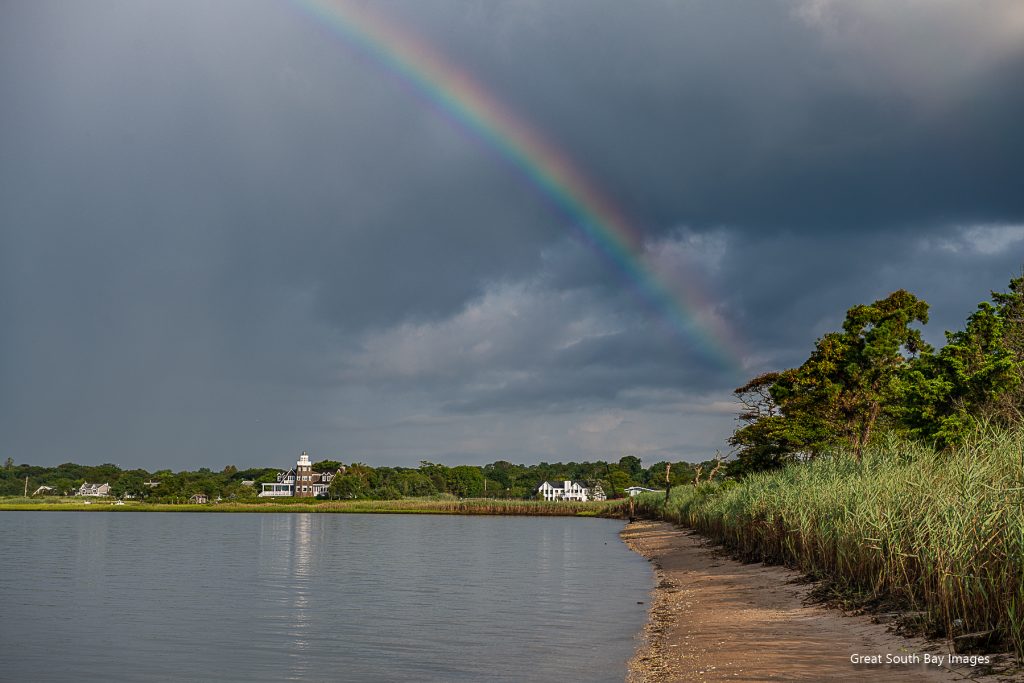 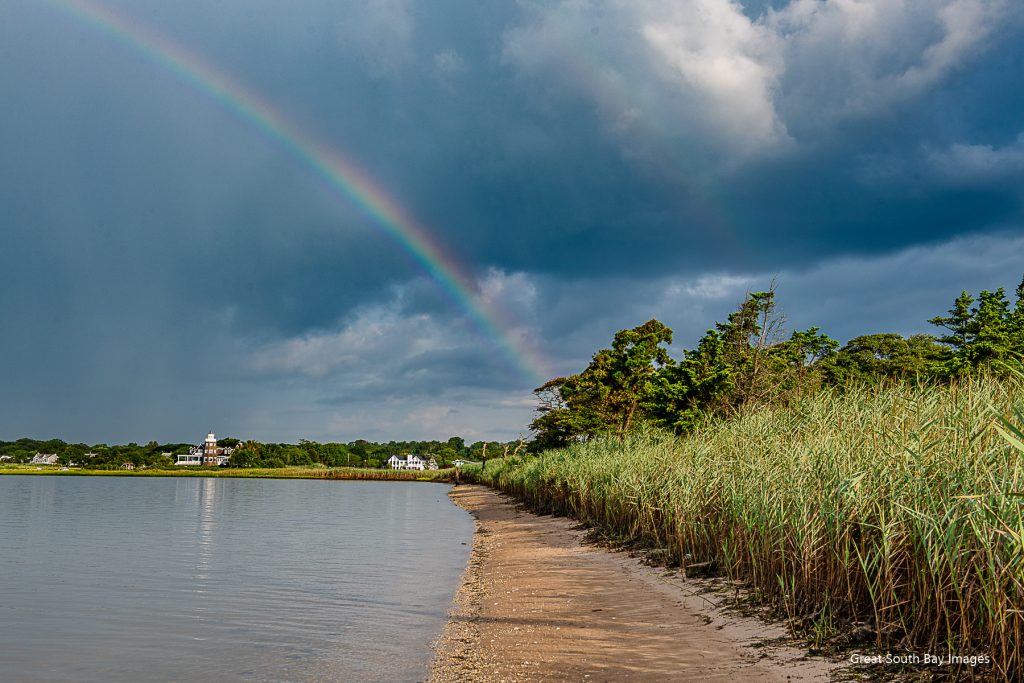 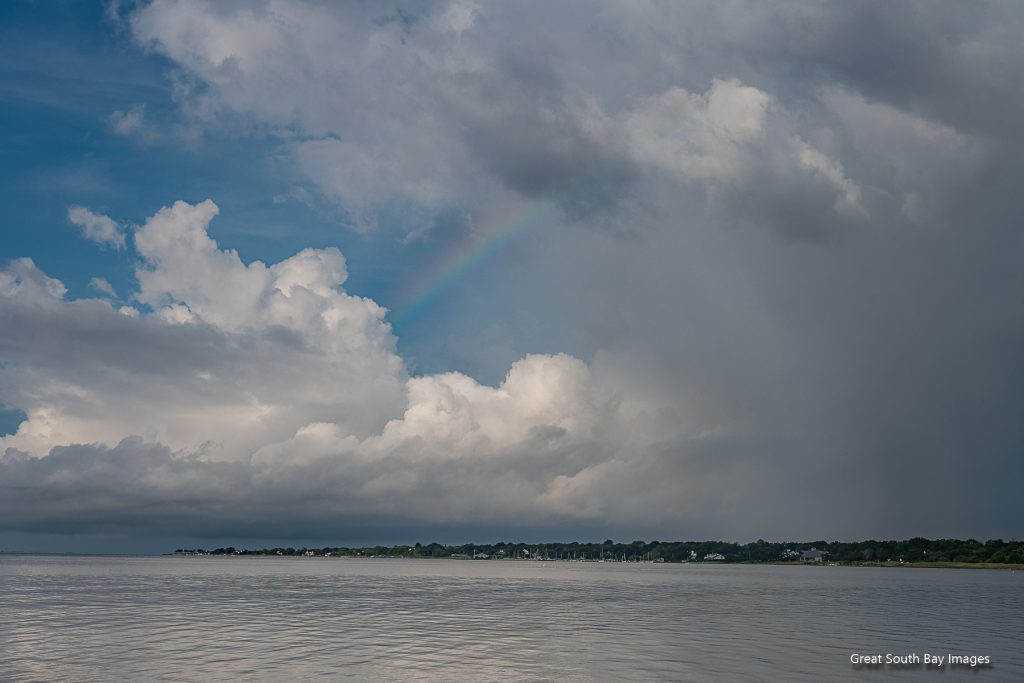 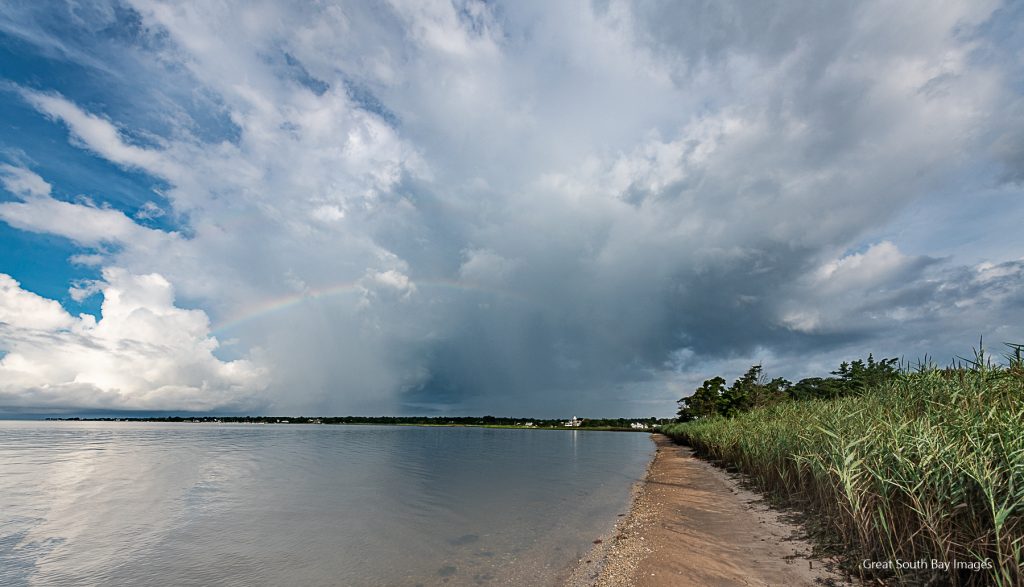 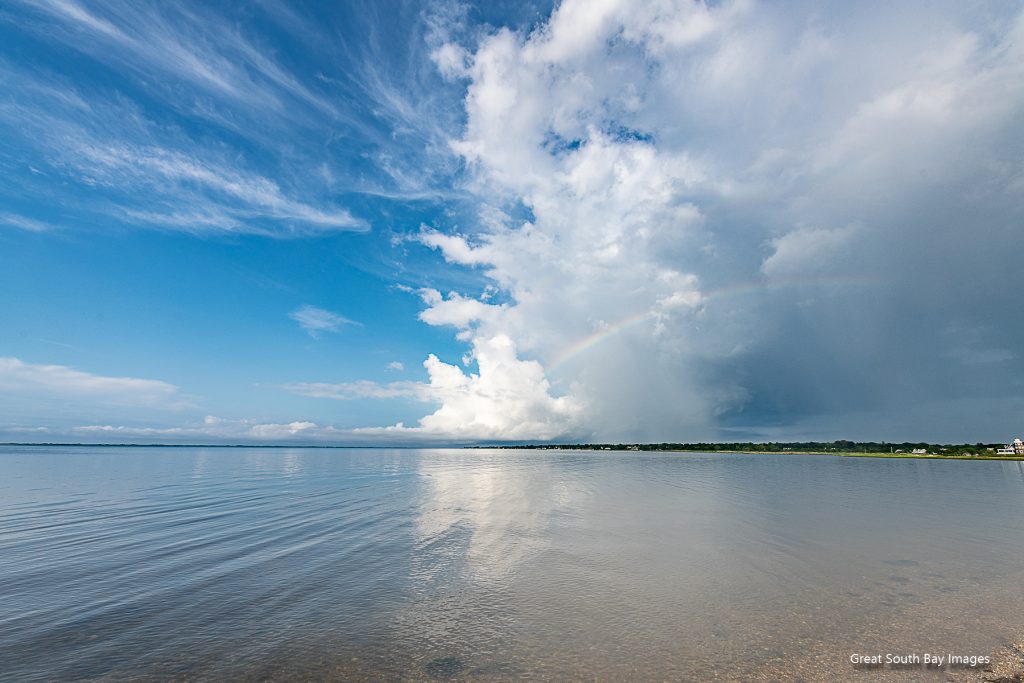 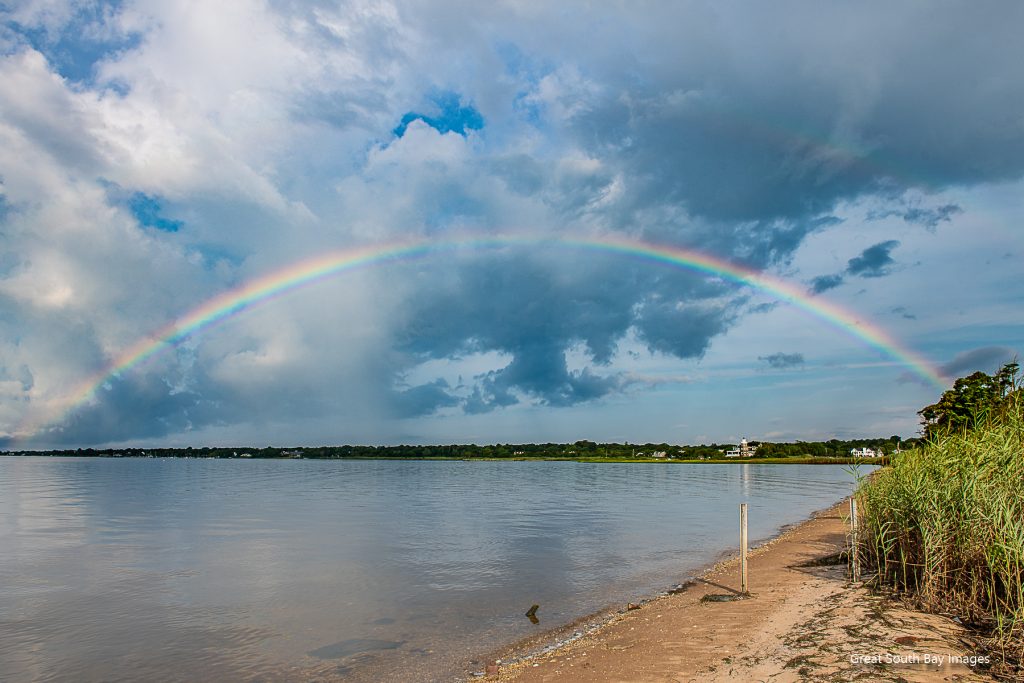 Photos and Video: Surprise Sunset and Rainbow on the North Shore 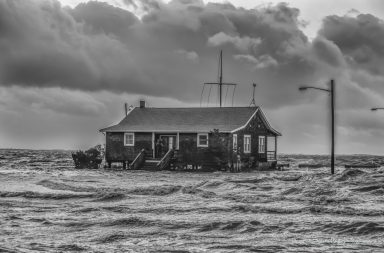