Over the past weeks many New Yorker’s (fishermen, conservationists, scientists, baymen, charter boat captains, whale and bird enthusiasts, bait dealers, tackle shop owners, business leaders, science teachers, students, outdoors writers, and more) made calls and wrote letters to their NY State legislators encouraging them to pass a bill that would prevent industrial scale menhaden purse seine boats from coming into NY waters and jeopardizing the hard-fought recovery that is underway for this important forage species.

Our elected representatives heard us, bipartisan bills were introduced in the Assembly and in the Senate.  The Assembly unanimously passed a bill sponsored by Assemblyman Englebright, weeks ago, but political wrangling in the Senate had ground progress on almost all topics to a halt.  We made a big push in the final days, and in hours leading up to the close of session it appeared that a deal was struck that would allow our bill to go the floor for a vote.  But late on Wednesday evening things fell apart and despite our efforts, and the efforts of our advocates in the Senate, including the Senate bill sponsor Senator Ken Lavalle, – the NY Senate leadership would not allow the menhaden bill, and many other bills, to go to the floor for votes for reasons that were completely detached from the merits of the bills.

We got close, but to borrow a quote from Frank Robinson, “close only counts in horseshoes and grenades.”

On the heels of a recent shortsighted decisions by the Atlantic States Marine Fisheries Commission’s Atlantic Menhaden Management Board to forgo adoption of ecological reference points in November of 2017, and increases the coast-wide total allowable catch 3 times in as many years, this development might seem like yet another discouraging decision in world of ocean and fisheries management.  But this time was different.  This week’s failure at the NY legislature is a failure of the NY legislature.  In other words, the legislature didn’t only fail to do what constituents wanted, they failed to do what they wanted.

As reported elsewhere, the final day of the NY legislative session went into the wee hours of the morning.  The dust has not quite yet settled, and there is still a possibility that the legislature could come back in for a special session to address some unfinished business.  If that happens, we will certainly advocate for a getting the menhaden purse seine bill to the floor for a vote, and that might require us to all make another phone call.  But absent of that opportunity, we will start over with the goal of passing the bill early enough in the next year’s session that it will apply to the 2019 fishing season.  I also intend to work with Long Island’s east end baymen to advocate for administrative tweaks to menhaden quota management aimed at discouraging new industrial-scale menhaden fisheries from taking hold this season.

While we failed to pass the two companion bills, we got so close because we had the issue right, and because we had a vocal, informed, and diverse coalition of constituent advocates rowing in the same direction.  This is important because together we have a lot to do to keep New York’s marine wildlife, marine fisheries, and marine economy healthy and resilient.  We will need keep our growing coalition working together to achieve our shared goals for menhaden and all the species that rely on abundant forage species in NY and along the entire east coast.

Thanks to all those that took time to write letters, make calls, and show up at your representative’s offices to help marine life in NY.   Please continue to stay active and engaged, as you might suspect, we will all be called into service again soon.

To get a sense on how vulnerable these schools of fish can be to a purse seine operation, check out the photos below, taken off Fire Island last August.  Photos by Mike Busch 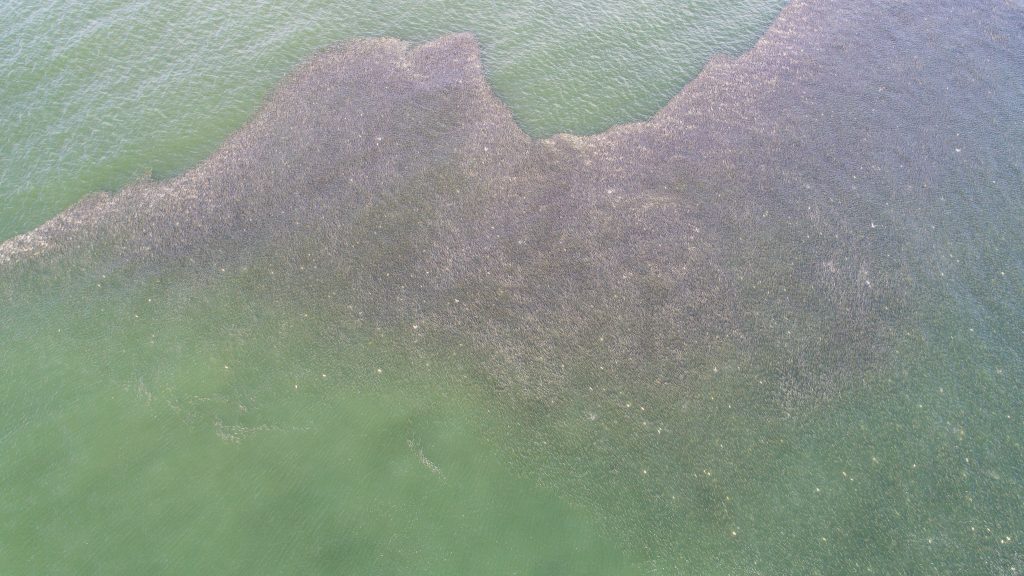 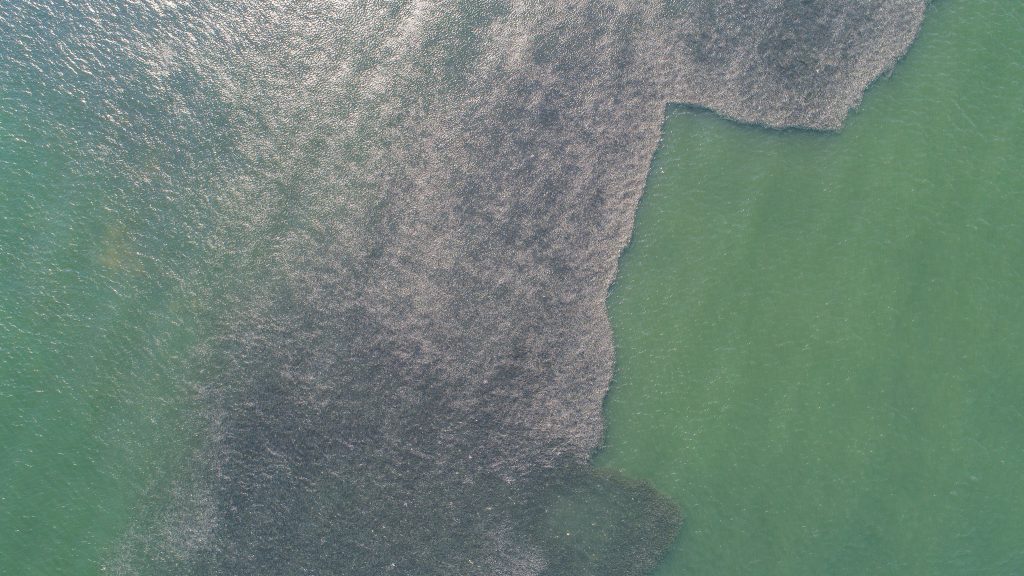 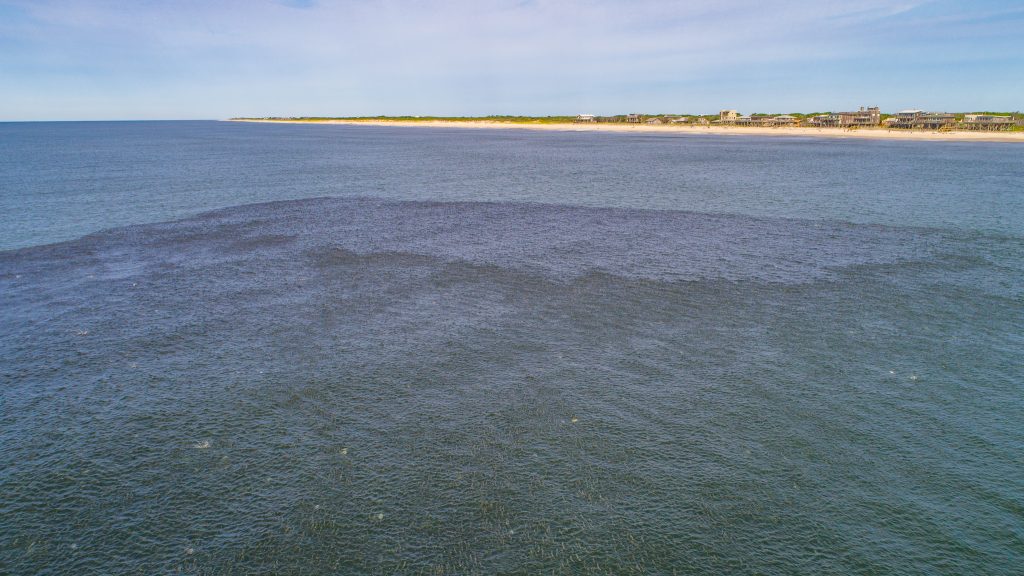 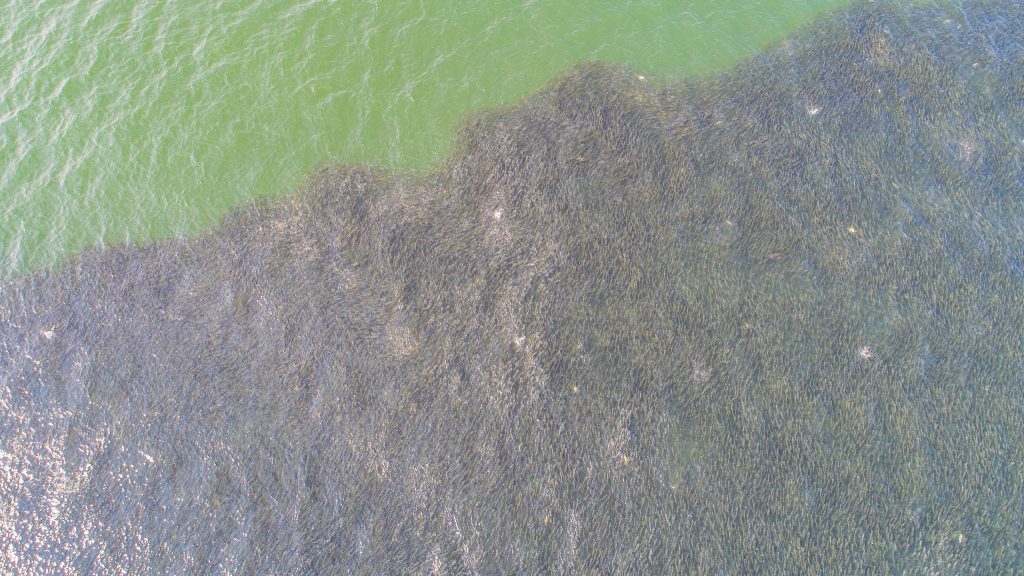 What Happened at the Menhaden Meeting 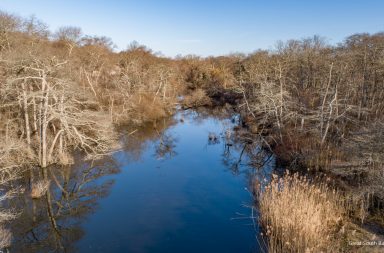 Huge Schools of Bunker off Fire Island and Westhampton Beach