It was a uniquely beautiful evening in April. The humidity was very low that, even on the shore, the moisture in the air seemed to be absent. The breeze along the shoreline was warm and, yet, the air crisp.  This kind of weather condition brings a certain kind of freedom to the observer. On a night like this , the lack of moisture in the air means that the horizons are liberated of obscurity. You can see clearly and far into the distance.

The distant waves were glistening in the setting sun, flying birds could be seen far and wide, airplanes were eye-catching, and far-off cargo ships seemed sharper and more detailed. The world seemed at once larger and nearer. The West End of Jones Beach is especially alluring on a night like that.  The walk to the Jetty seemed remarkably distinct. The waves were numerous and rolling, and yet the wildlife along the sand appeared sparse and the normal variety strikingly absent, as if the animals had taken advantage of the pleasant air and were flying about, exploring some other area.

Upon reaching the Jetty, the clear sky revealed the Manhattan skyline.  I looked in the direction of the setting sun and could see the Freedom Tower, the Empire State Building, along with other notable characteristics of the city skyline.  The New York City skyline, seen from the peaceful solitude of a Long Island beach, is a reminder about the vastness of not only of the ocean, but of the world around us. It may make some grateful for the solace of the shore, as opposed to the business of the city. For others, the site may be a source of inspiration, a reminder that there are hopeful possibilities surrounding us.  Although the noise of the airplanes seen over the colorful Manhattan skyline is silent next to the crashing waves, the sight is a subtle hint to explore, to wonder, and to hope for what you may see in the distance. 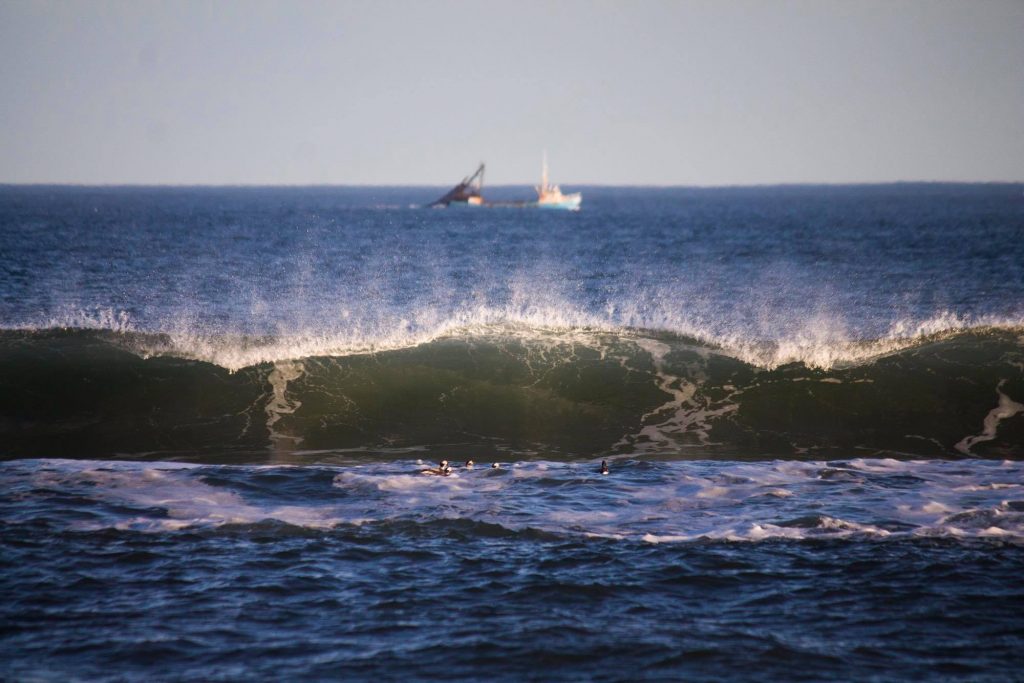 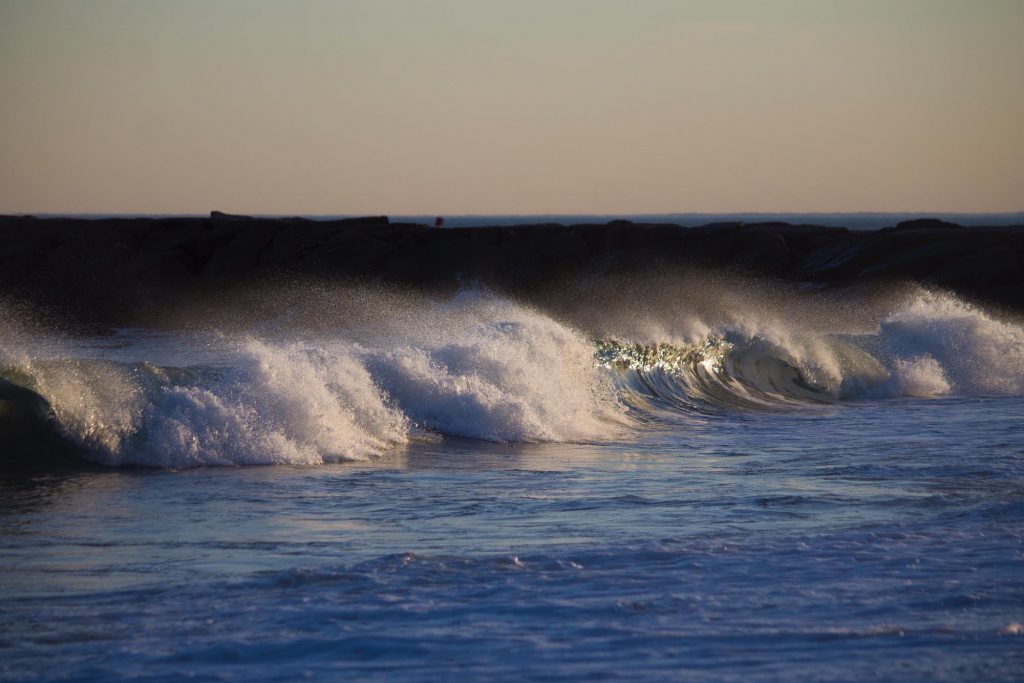 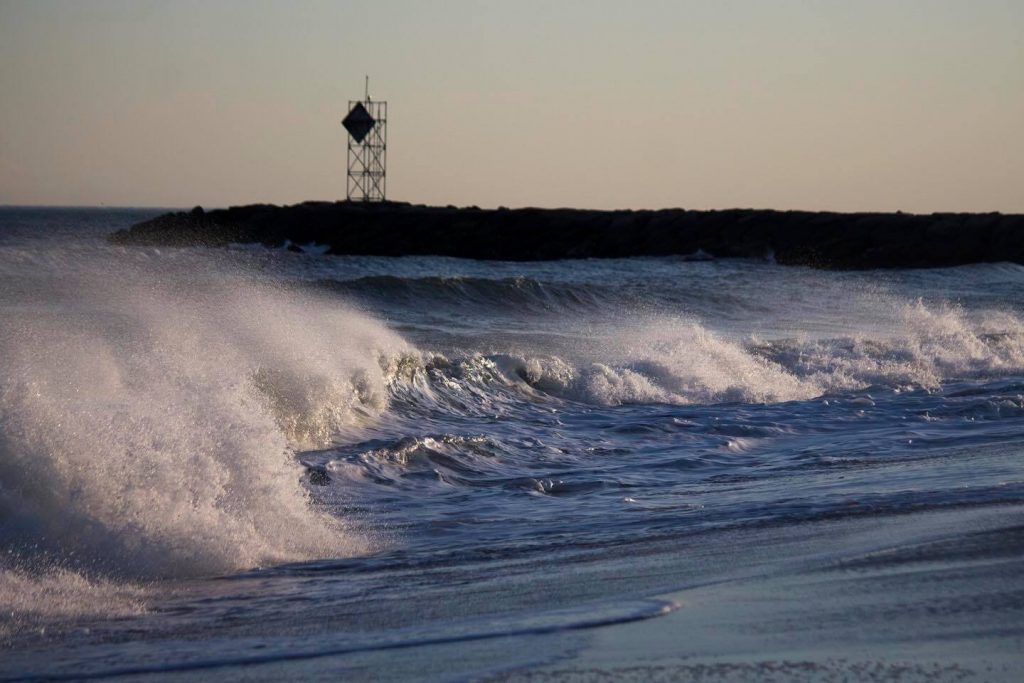 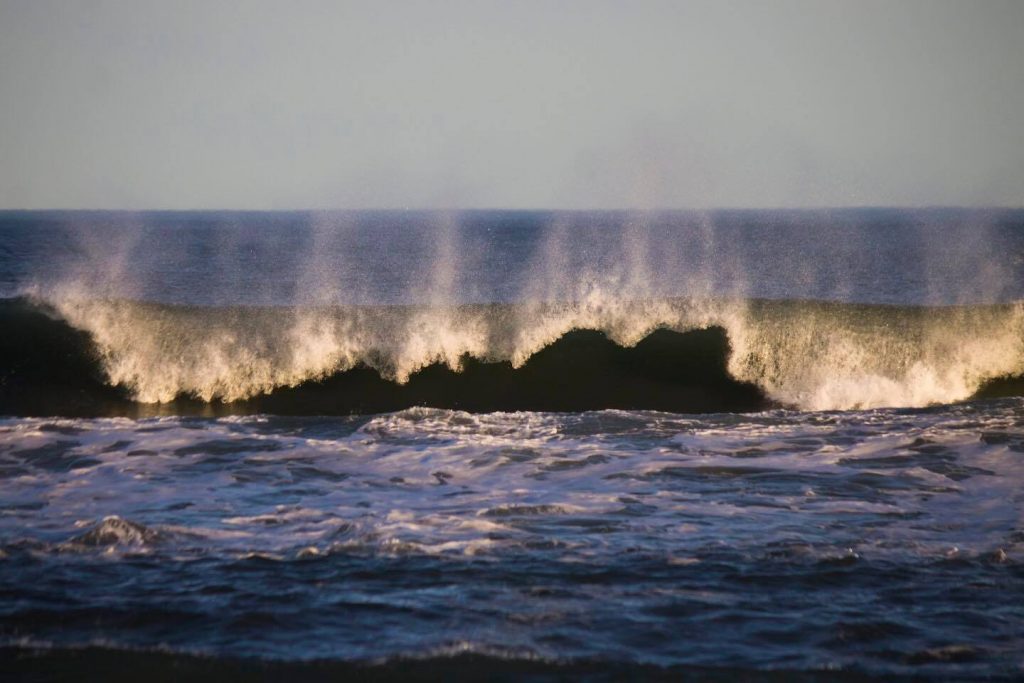 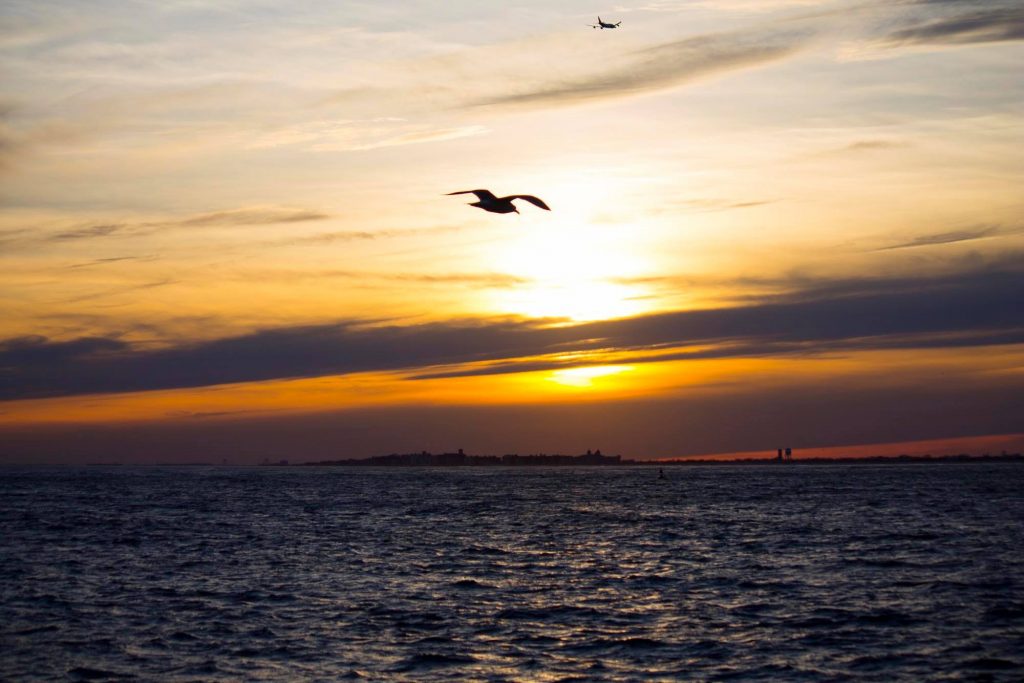 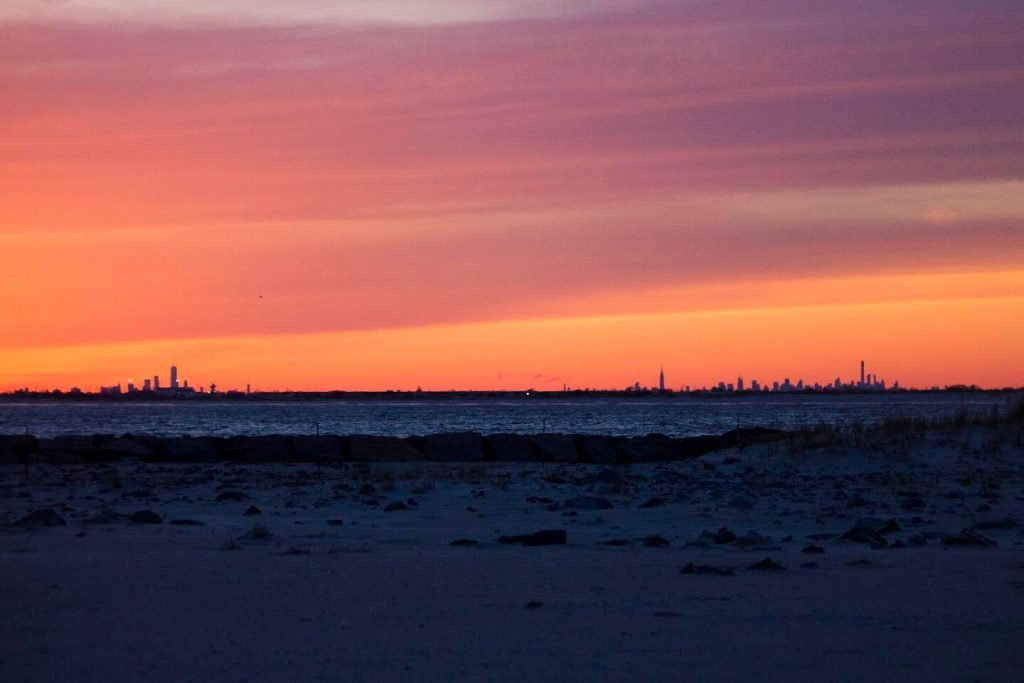 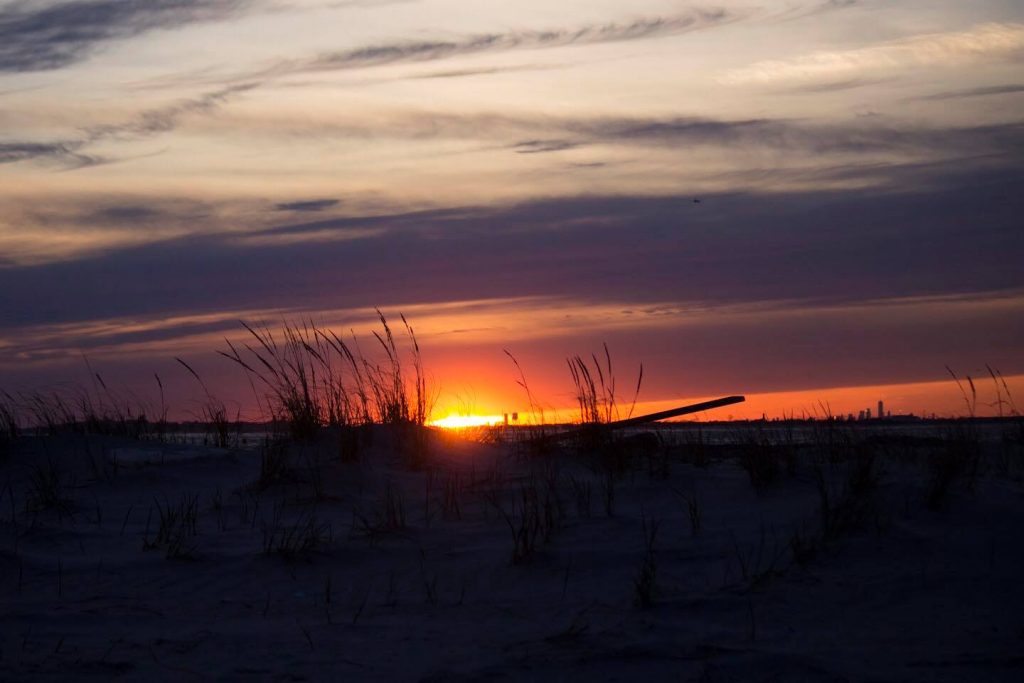 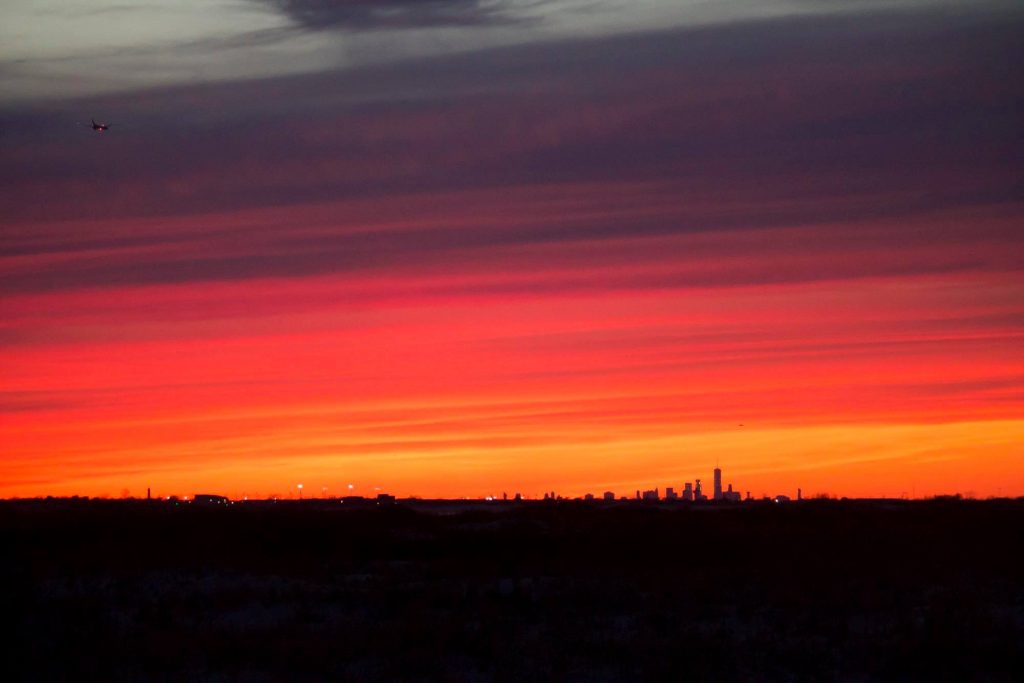 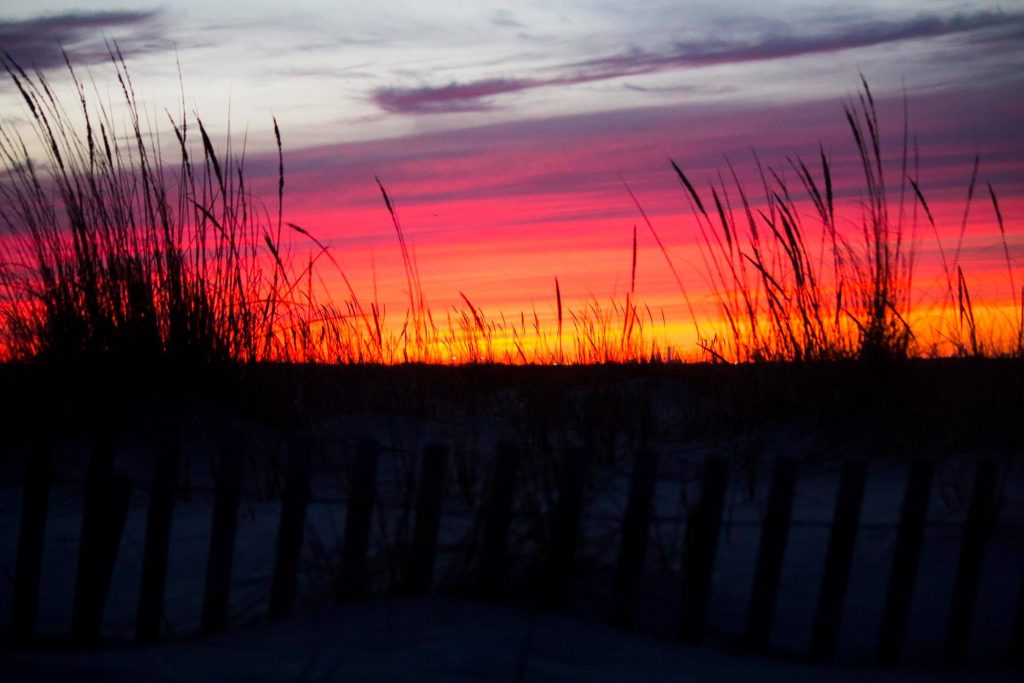 Photos and Video: Sunset and Surf over Hampton Bays 3-2-19

Photos and Video: Seals and Sunset at Cupsogue Beach 12-8-18