Snowy Owls: One of our Favorite Winter Visitors

Every year, a few of these glorious birds show up on our Long Island beaches to spend the winter. Some winters are called “irruption years” and more than the usual few are around. Photographers, birders, and casual beach-goers are attracted to them, probably more than any other species. What brings them here in the first place and exactly what fuels our fascination with this species?

I have heard several theories regarding the cause of “irruption years”. The prevailing thoughts are that a good season of lemmings, their primary food source on the Arctic breeding grounds, has resulted in an abundance of young owls, who then find their way south for the winter to find food.

Whatever brings them here, they fascinate and attract us like no other species. The Harry Potter series made them popular and recognizable, but even before this story, there is something about them that draws our attention. Many are quite stoic, and when resting, they sometimes allow a reasonably close approach if done carefully and quietly.

They are strikingly beautiful and somewhat mysterious. The wonderfully produced show by “Nature” on PBS caught many viewers’ attention, especially as the young were shown growing, learning to forage and fly in the Arctic.

Unfortunately, this popularity has led to trouble for them. Owls need to rest. They hunt at dusk and dawn. When crowds of people gather around them  during their resting hours, it causes them to be disturbed, sometimes even to fly. I have seen people literally chasing them down the beach for a photograph. This is not fair. It causes the owls to spend energy unnecessarily. Think about how you would feel if every few minutes during your sleep, you had to open your eyes to see who was watching you, and then fly away when threatened. There have been reports this year and also in past years of owls that have been found dead, likely of starvation and exhaustion. There is no need for us humans to push these birds to this point. Also a picture of a bird flying away from you is never pleasing…it just reveals poor field techniques that caused him to fly.

So how can we enjoy these beautiful creatures responsibly? Here are some thoughts.

-If you are fortunate enough to find one, be thoughtful in your approach. Slow down, control your excitement, and take literally a step at a time. Stay low and go slow. Use a long focal length to obtain your photos and crop. Unless you are making a huge print, with today’s modern cameras you will have enough pixels to have a fine image for your files, even with a large crop.

-If you have the option, try looking for them during the weekdays when there are less people around.

-On the Long Island Wildlife Photography page on Facebook, a strict policy of “no locations” and “no pictures of owls” is in place. This was implemented to keep some of the pressure off the birds. If you find an owl, consider carefully who you share the location with. Think about whether posting your photos on social media is in the owl’s best interest and certainly keep location private.

-Keep a respectable distance. It is very hard to contain your excitement. We all have made field mistakes. Try and learn from them. Some birds are tolerant. This owl was sitting on the snow fence while a dredging crew had heavy material and machines, and the bird could have cared less.

-If you see a crowd around an owl, don’t be part of the problem. Come back another day. Mother Nature just might reward you. 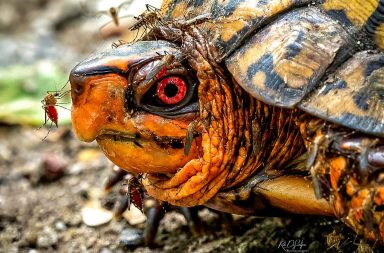