Everyone has his or her favorite birds.  In winter, one of mine is the Snow Bunting.

What I like about Snow Buntings is that they seem to have a cheerful personality (I know I’m projecting my own anthropomorphic tendencies here), they’re high energy, have killer acrobatic skills and a sweet, twinkly way of announcing that they are around.  I love capturing them as they soar low over the dunes in early morning golden light, against the snow, or like my first Snow Bunting, posing on a fence.

But just because they are cute subjects, doesn’t mean they’re easy to photograph.  Because they have both black and white in their plumage, it’s really difficult to get a good exposure without blowing out the white patches (making pure white without any detail).  I try to exposure for the white and let the little bit of black be pure black.  Easier said than done.  Also, because they are so tiny, you need to get close enough for them to take up a decent part of the frame, and even when you do, it still takes some work to find focus on them.   It would be easier if they sat still for a good amount of time, allowing you to figure all that out, but of course they generally don’t.

Snow Buntings only winter on Long Island.  Their breeding grounds are in the high arctic where they will return starting in early April.  The males leave first, followed by the females 4-6 weeks later.  The will return to temperatures that can still dip to 22 degrees and snow covered ground.    They are certainly hardly little souls.

We only see the males in non-breeding plumage here.  While they do not have a true alternate plumage, we see them after their late summer molt when the males look brownish with a brown and black striped back.  Underneath the colored feather tips, though, their back feathers are pure black and body feathers all white.  To get ready for breeding, the males will wear off their feather tips by rubbing them on snow, revealing their new striking black and white look.

So if you have a chance, go look for them along the dunes of the beaches.  They’re generally found flying in flocks or foraging in large groups on the ground.  I’ve occasionally found them traveling with Horned Larks, and/or Lapland Longspur, so you may find some surprises in the group.    Even though they are fairly common and generally not particularly bothered by humans, as always, we should practice good ethical field practices that ensure the health and welfare of our amazing wildlife.

Included here are some photos I’ve taken of Snow Buntings on Long Island. 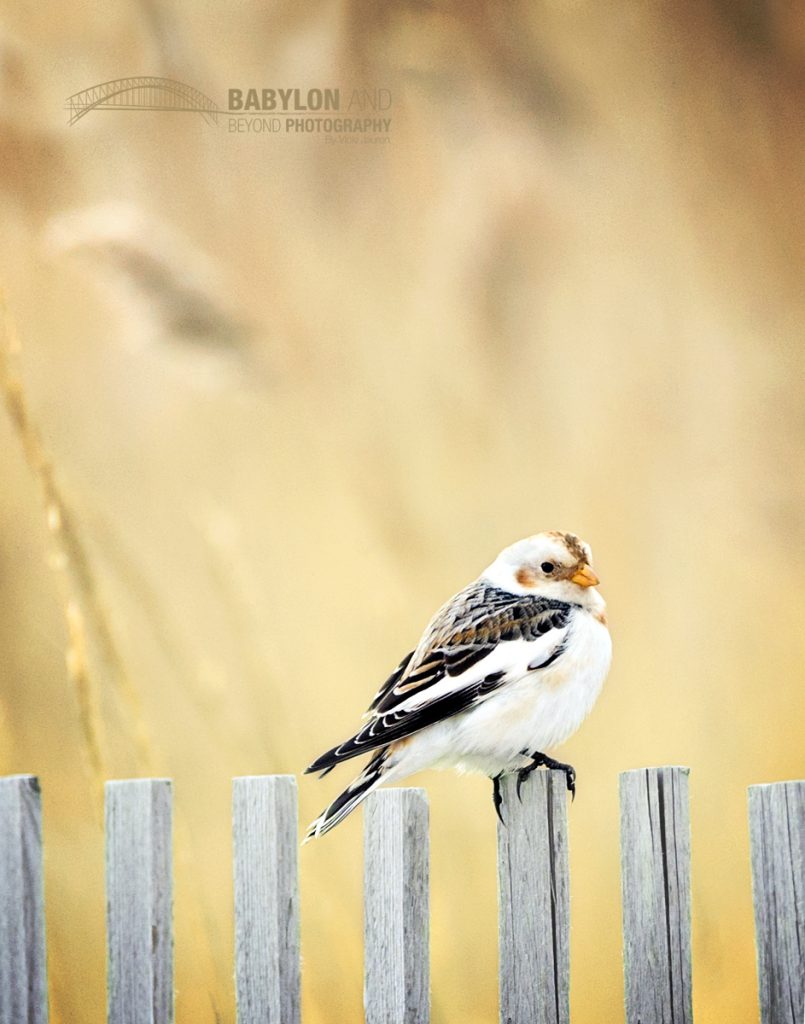 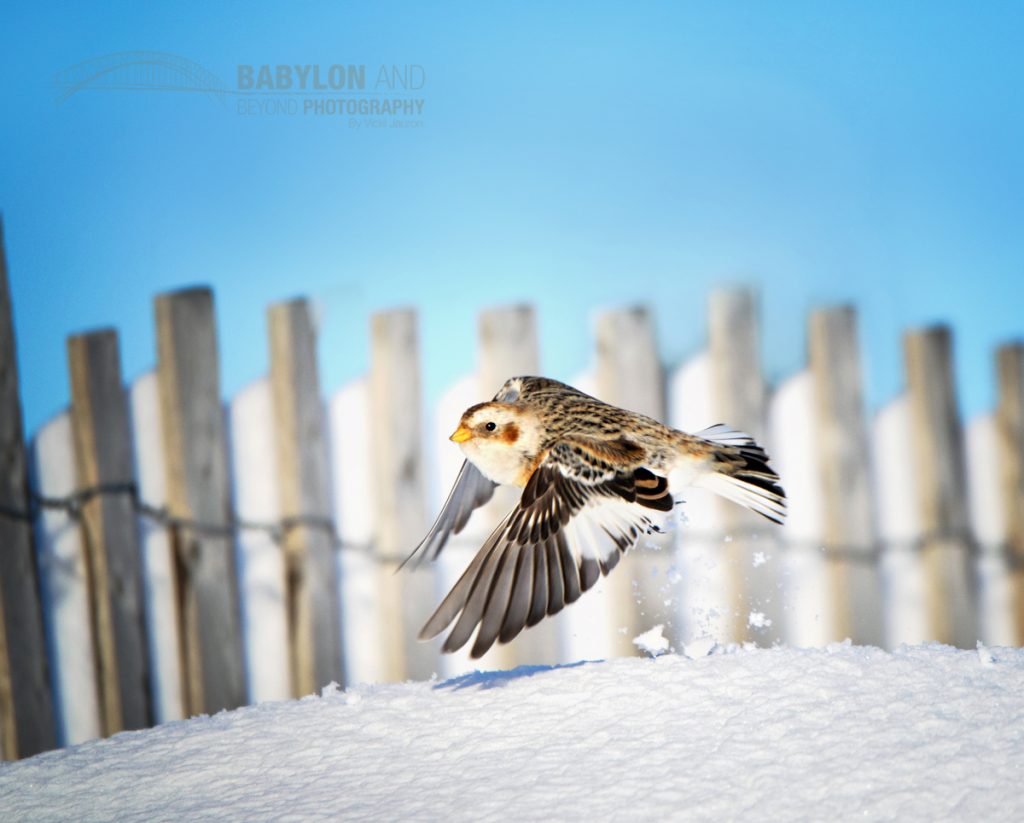 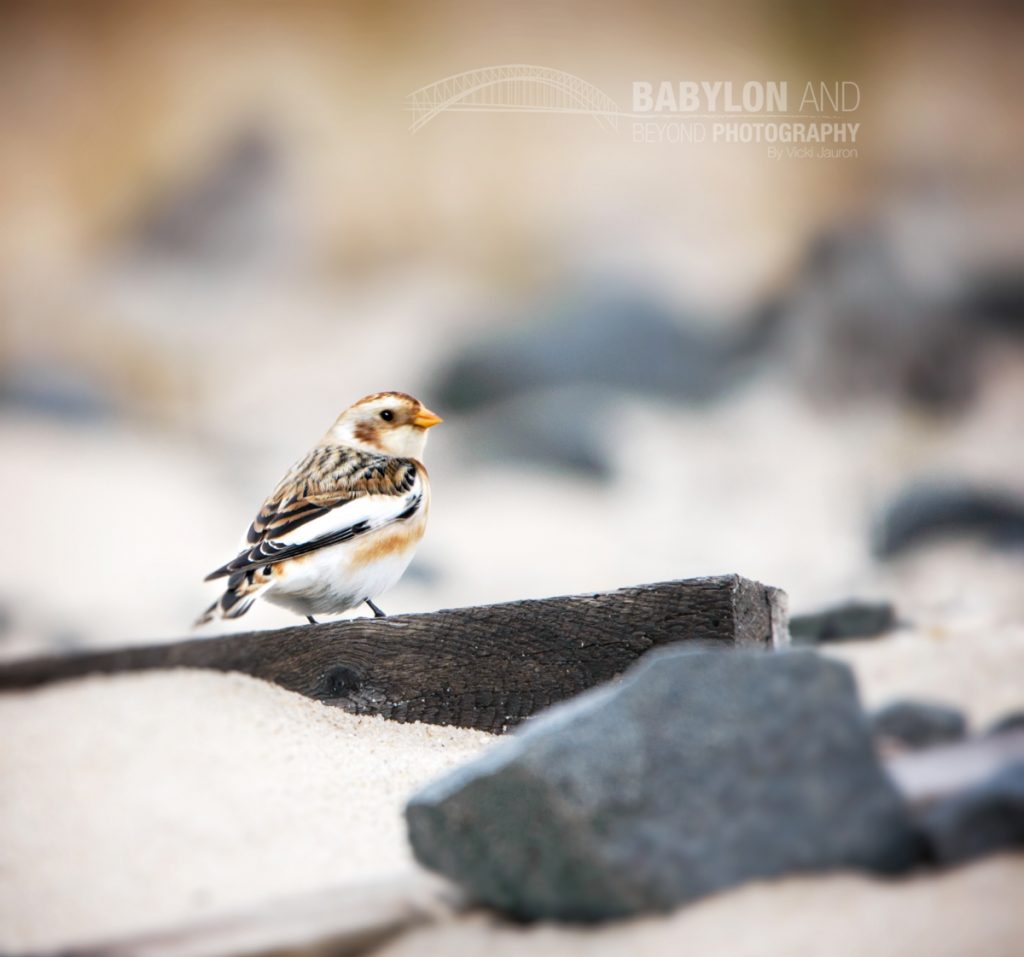 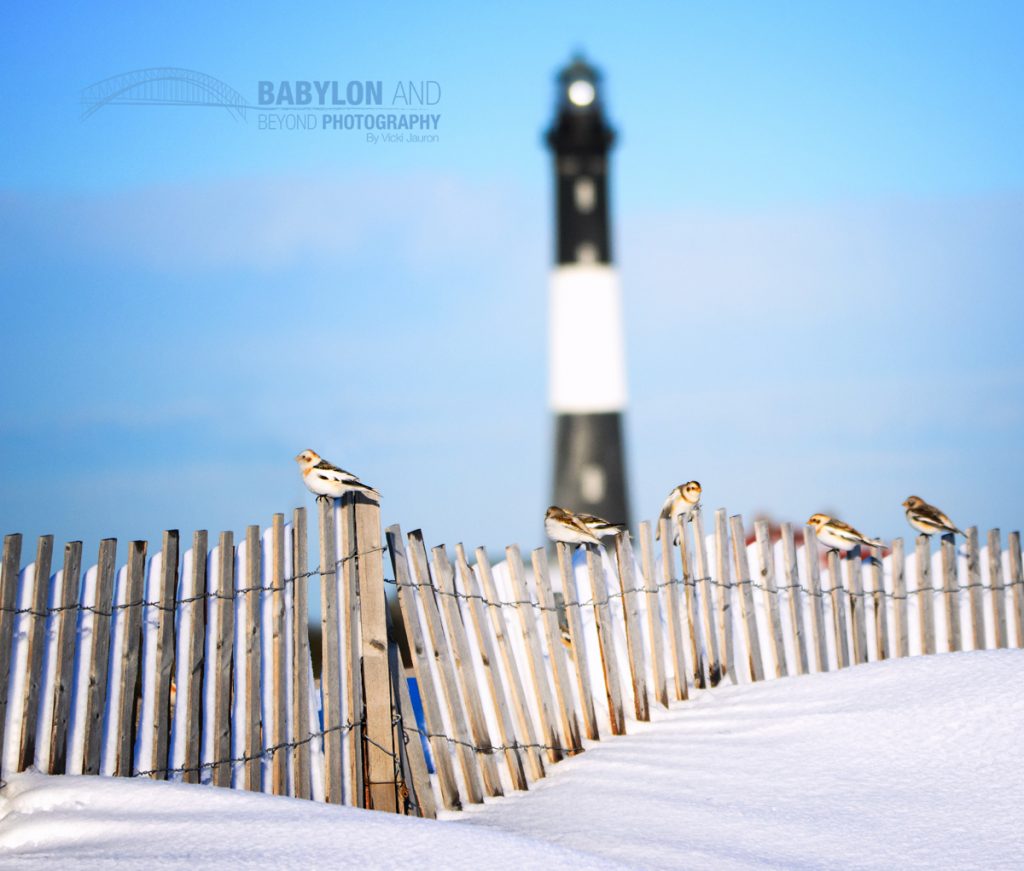 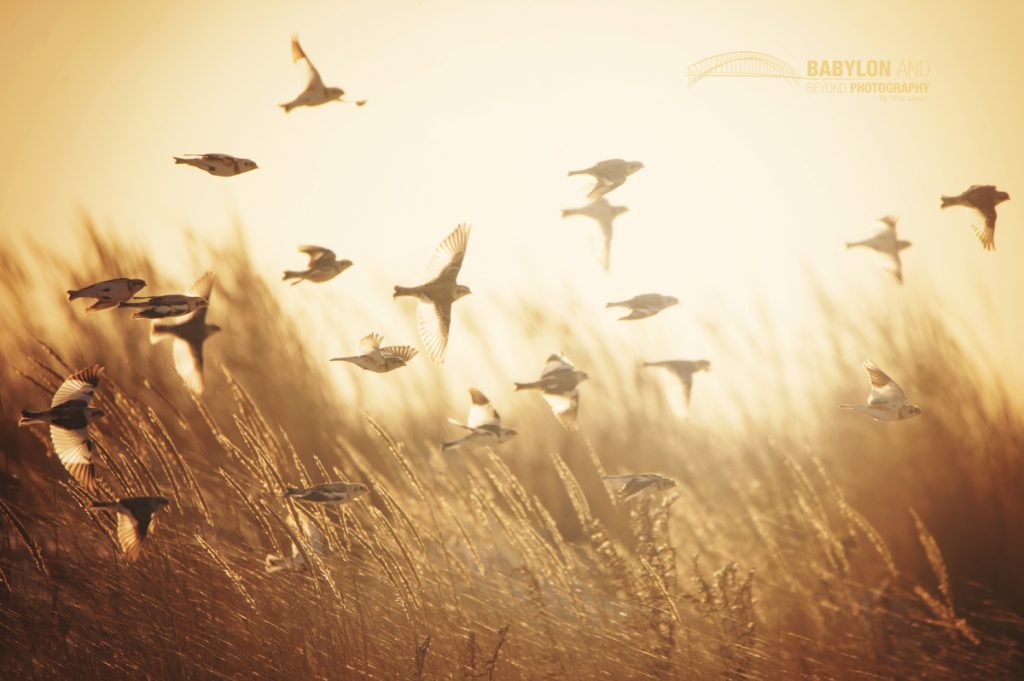 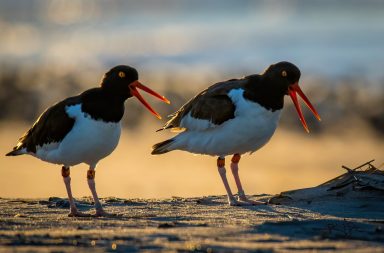