'Rescue in the Breach' responders honored in Bellport Village Hall

The Bellport Village Board on Monday recognized 13 people, as well as Fire Island National Seashore rangers, for coming to the aid of eight people whose boat had capsized in the breach at Old Inlet on Sept. 18.

Additional details of what happened that day were also revealed in Village Hall.

“I received a cell phone call from Bellport resident Isabella Rosellini,” explained village clerk John Kocay. “She was in particular distress, because she was with the individuals who were in crisis and had noticed a response team had been dispatched, but they were over on the wrong side of the breach.

“She was asking me to help and assist in getting people to the west side of the beach.”

He added that “the rescue was unraveling a bit.”

“The fine people that helped us, our lifeguards, our ferryboat captain and South Country Ambulance, who were persistent — because in reality there were some miscommunications — it was due to their determination that this was a success.”

Related: One passenger’s account of a ‘miraculous’ rescue in the Fire Island breach

According to officials and a passenger interviewed last week, the rescue involved two tourists, one of whom helped pull the 66-year-old boat operator to safety, Rosellini and her friend, Pietro Cicognani, who coordinated with authorities and comforted the victims, as well as the Ho-Ho Hum beach lifeguards who ran 1.5 miles to tend to the passengers.

FINS rangers then transported them to the Ho-Hum Beach marina, where Captain Mark Leuly navigated them to safety on land and into the hands of South Country Ambulance.

A Bellport Fire District commissioner also in attendance at Monday’s Village Board meeting, David Sponton, said local firefighters have since met with the county’s Department of Fire, Rescue and Emergency Services to make sure mistakes made on Sept. 18 never happen again.

“My department didn’t get activated, because we were told it was the Mastic Beach side,” Sponton said. “They can no longer respond to emergencies [closer to Ho-Hum] because the breach is there.

“So for now on there’s going to be five departments activated whenever there’s an issue out there.”

The people listed below all received proclamations Monday night in Village Hall:

• Bellport resident Isabella Rossellini and her friend, Pietero Cicognani (not in attendance)

The responders received a standing ovation after all the proclamations were handed out in Village Hall. 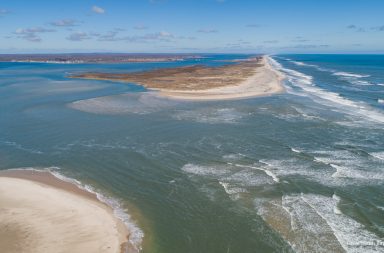