Russ LaScala is next in our series introducing all the contributing photographers and writers here at the new Greaterfireisland.com.

Lascala, a.k.a. Swell Visuals, is a New York-based wave photographer.

You can find him swimming in the ocean year round mostly during sun up or sun down.

One day, Russ found himself awestruck by the movement of the ocean, as he tells it. He wanted to somehow ignite that same feeling in others, which then led him to a camera. From then on it has been an ever changing and improving outlet to show people the beauty that this planet offers.

We asked him to provide us with some of his favorite photos. 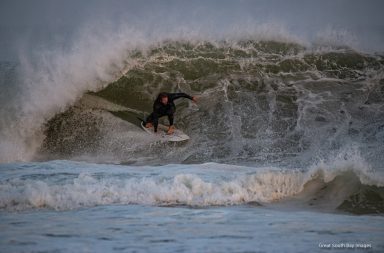