Lizzie Hart Savage, a member of Save The Great South Bay and Oyster Cultivator and hatchery manager at Hart Shellfish Inc. in West Sayville, spotted this Shark swimming around the boat basin near Kingston’s Clam Bar on Wednesday.

Lizzie estimated the shark was between 4 and 5 feet long and was seen swimming for several hours around the basin before she left.   After some research, Lizzie believes it to be a Dusky Smooth Hound, commonly referred to as a Smooth Dogfish, a species of houndshark.

You can read more about the Smooth Dogfish here.

Hart Shellfish is the hatchery that spawns the Blue Island #9 Oysters.  Lizzie surmises this large shark entered the basin attracted by the abundance of shellfish and clean water generated by the filtering action of the Oysters.  Another theory would be the shark was a large female looking for a place to spawn but we will probably never know.

Regardless, nice find  on the Great South Bay! 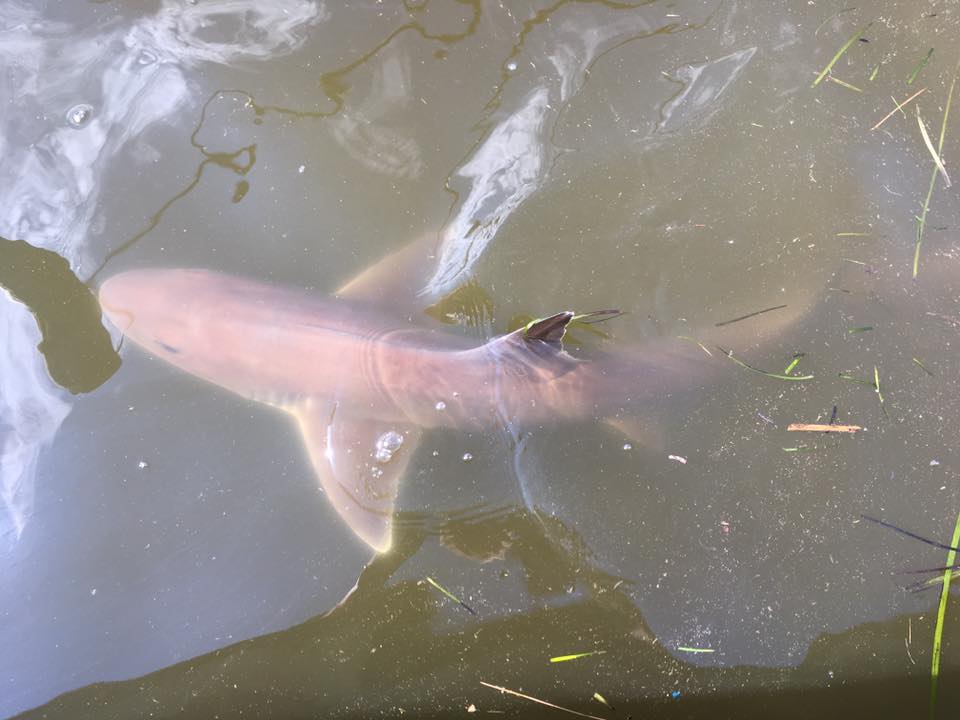 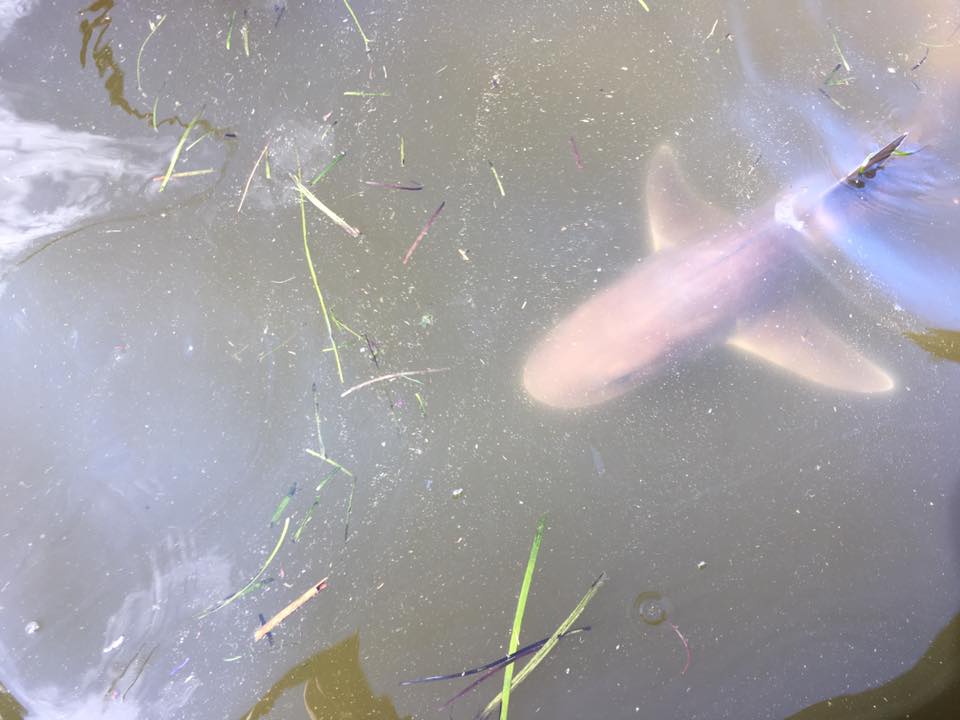 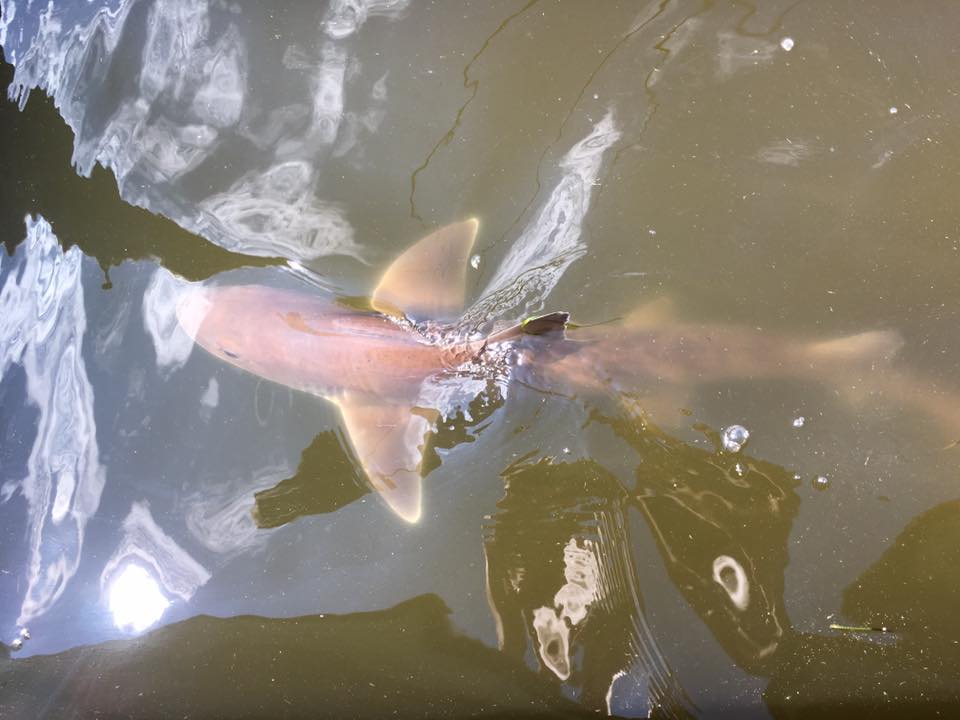 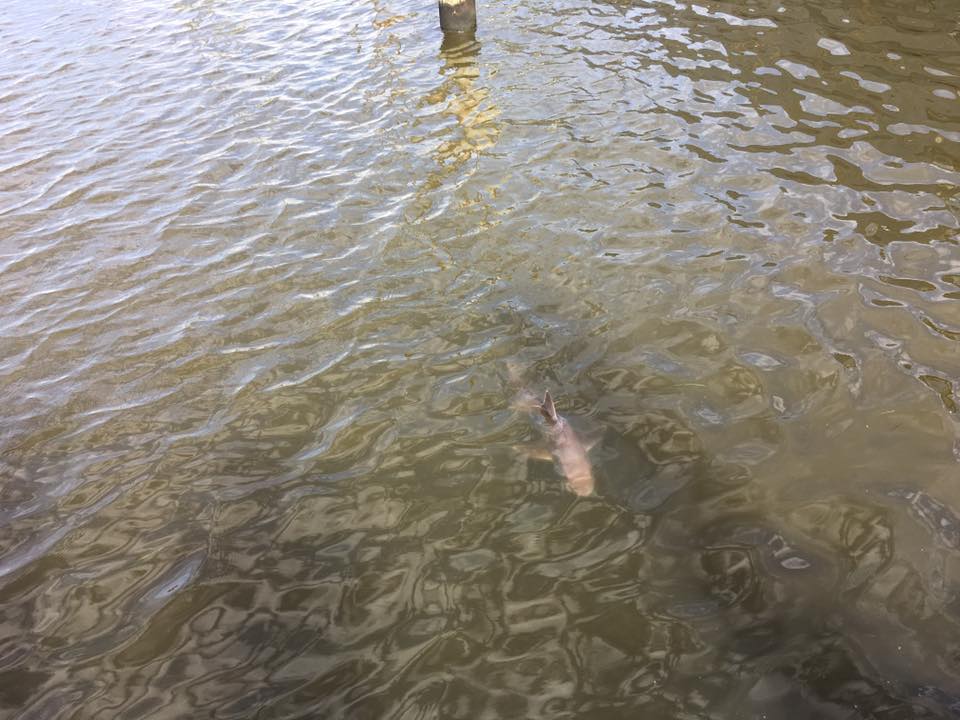 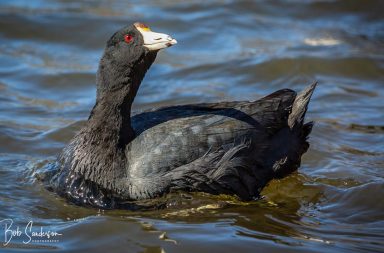