What an amazing weekend of Whale Watching!

It started Friday when I spotted a Humpback Whale at Smith Point Beach, followed by an epic trip with the Long Island Wildlife Group Saturday off the Rockaways with 5 humpbacks and a bunch of bottlenose dolphin.

I will have a separate post on that trip but it was incredible to say the least.

My friend Paul Peluso couldn’t make the Saturday trip so when he asked if I wanted to go fishing Sunday and maybe spot a whale I was in!

We gassed up his 28 foot Baha Cruiser with twin 200’s and headed west from Moriches Inlet in search of bunker and hopefully striped bass and false albacore.

The ocean was barren all the way to Davis Park, where multiple bunker pods with some birds made things look promising.  As soon as we snagged our first bunker Paul noticed a blow a few hundred yards away and soon we saw two large humpbacks swimming and diving together.

For the next several hours we followed the whales (at a respectful distance) as they made their way back east toward Old Inlet.  Many of their dives and surface blows were totally in synch.   They seemed to have a feeding pattern as well, lunge feeding together about once every 5 surfaces.  I have to say, seeing a lunge feeding whale in person is an incredible experience, seeing two doing it together was extra special.  I have seen Mother and Calf’s together but never two identical sized adults.

I am sending my fluke shots to my friends at Gotham Whale to see if they can Id the whales.

I also got some wild drone footage that I will post later.

At one point I put down my camera to grab my phone for some video just as the whales shocked us with an up close and dramatic lunge feed just off the bow.  Luckily Paul was ready with a shorter lens and got the whole sequence.  I attached an entire page of his photos on page 4 and gave him the cover shot.  Besides the great tandem lunge, Paul used a shorter lens and got some shots showing both Davis Park and Bellport Beach in the background for reference.

We never stopped fishing the whole time but the striped bass were not on the bunker.  On the way back we ran into some false albacore and managed to get one on the boat for a photo on page 3. 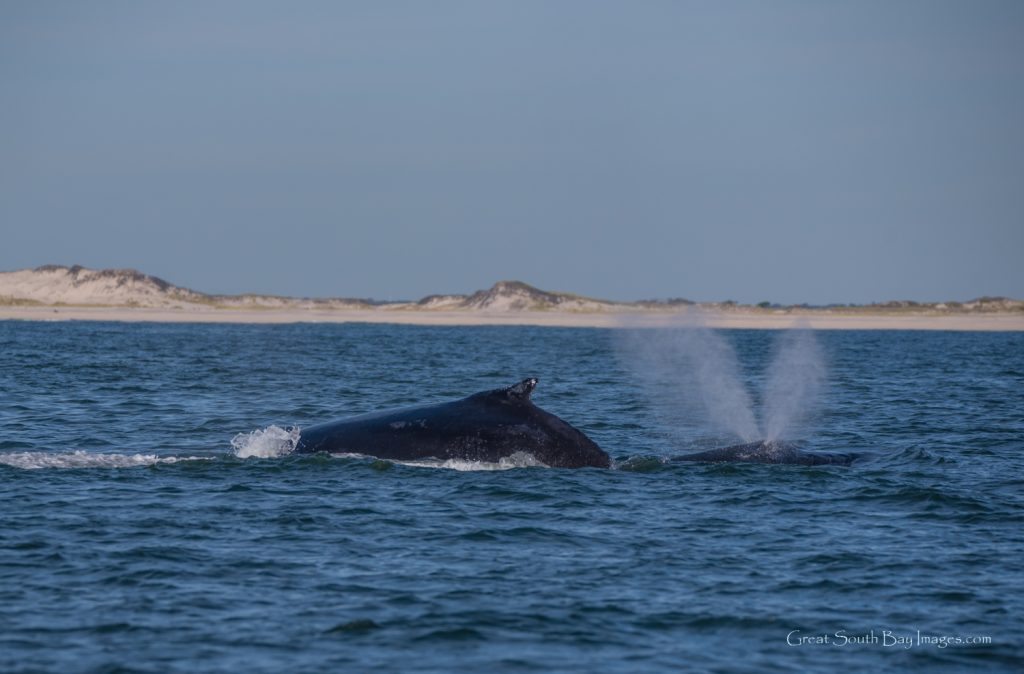 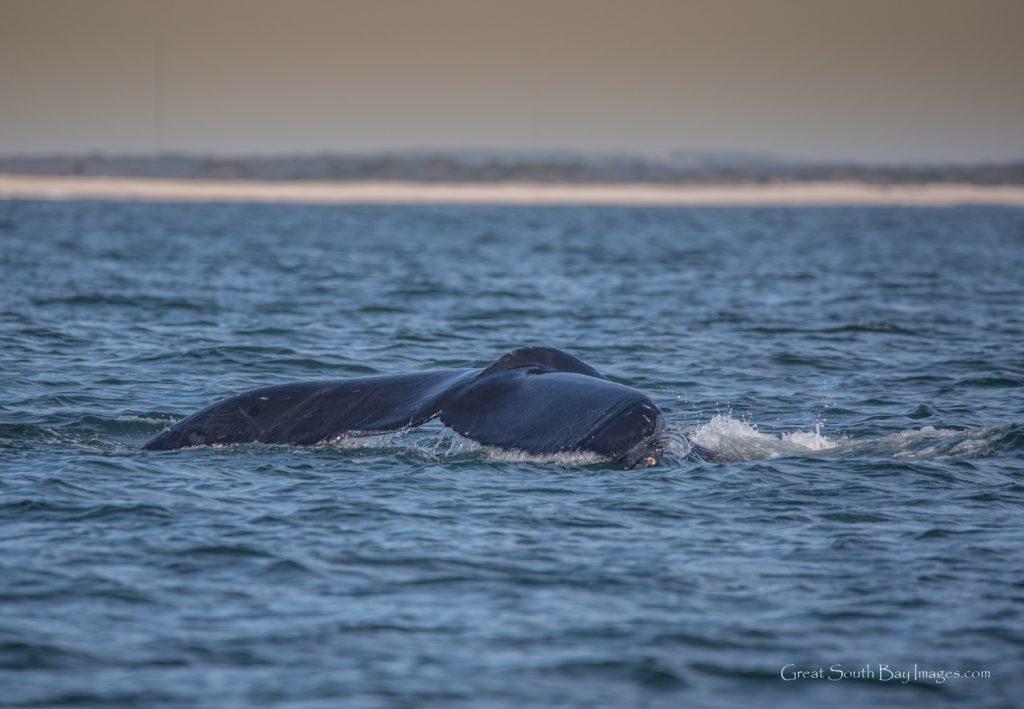 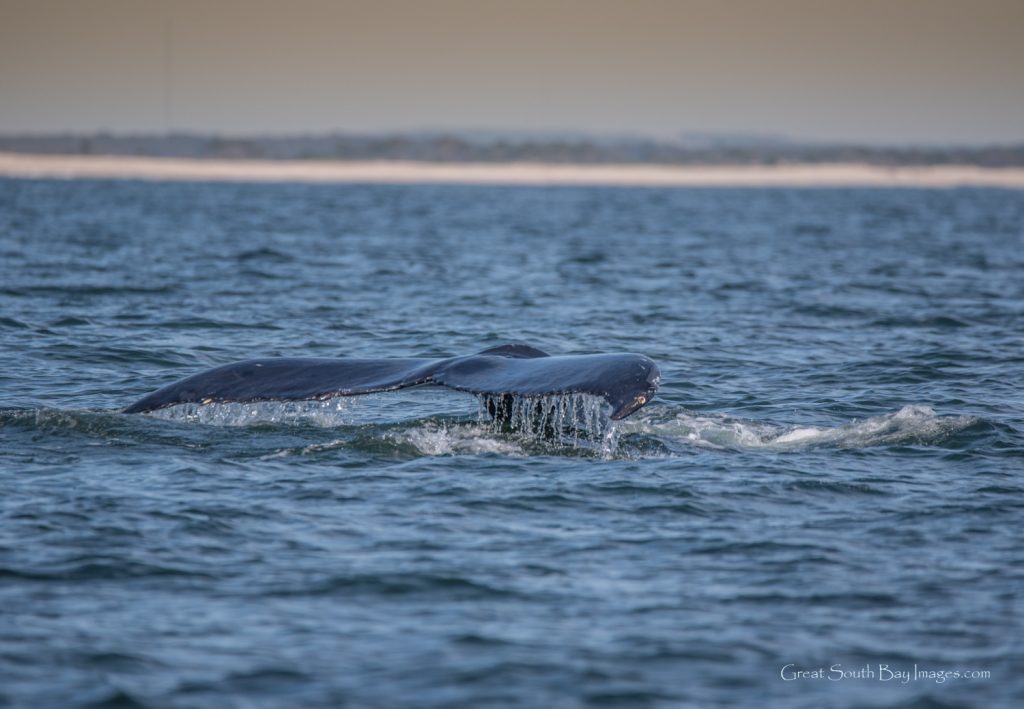 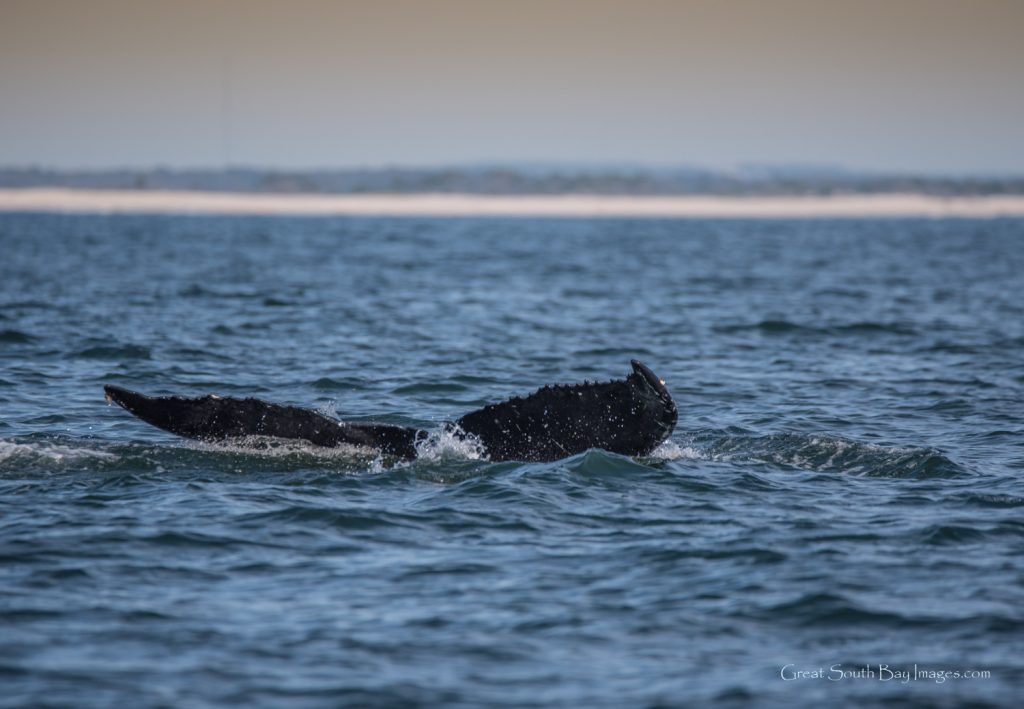 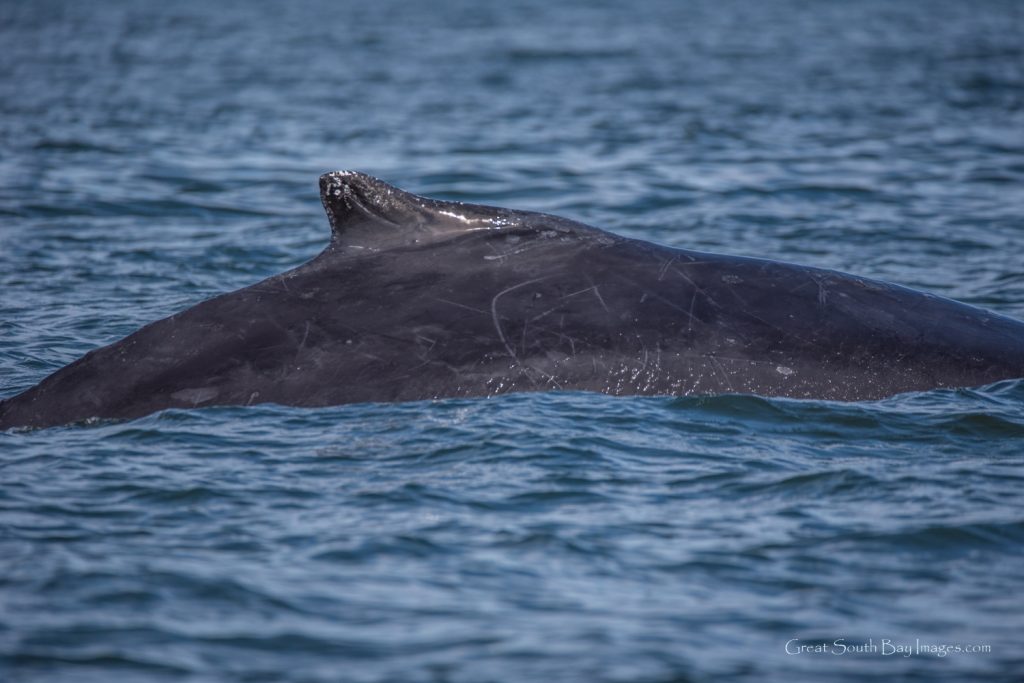 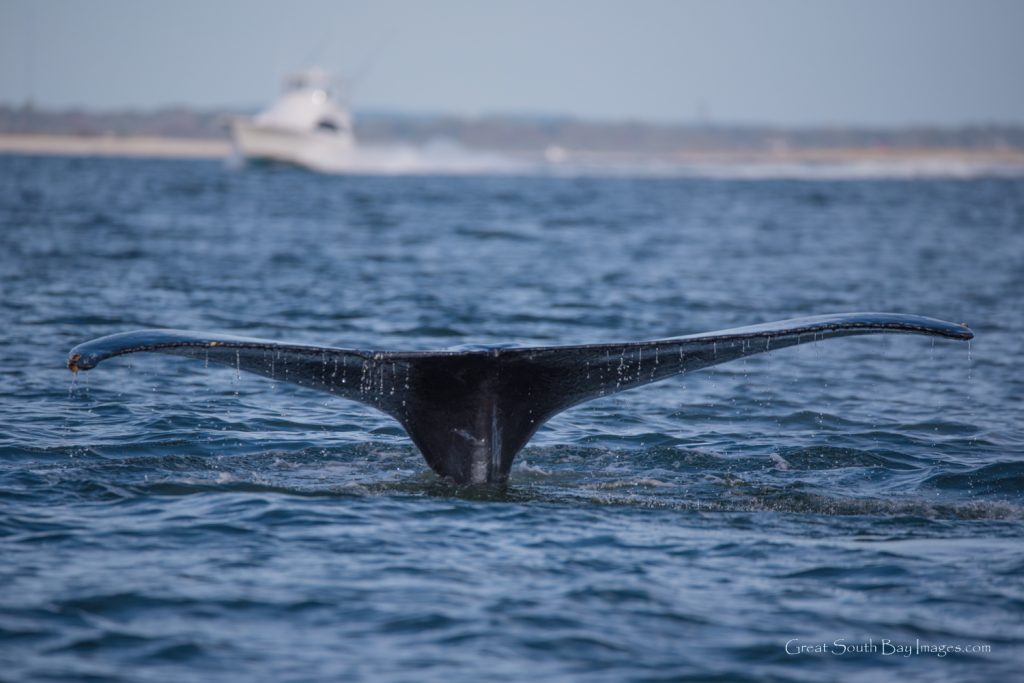 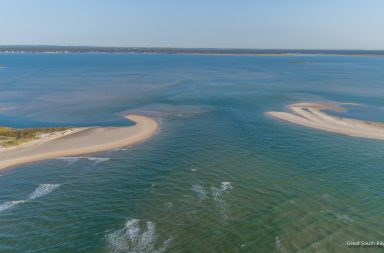