I have been watching a pair of Bald Eagles since 2012 on the south shore near the Great South Bay since 2012.  To protect the birds I don’t give out a specific location or post photos of the nest.  I noticed two young Eagles last Sunday perched in a tree with parents watching close by and suspected they would be flying soon.  A friend saw one flying yesterday and I went last night and saw perhaps the same one practicing take off and landing in the vicinity of the nest, all the while making a racket and getting harassed by smaller birds.  Although lighting conditions were tough, it is great to see this young bird in action.

Hopefully both young Eagles will hang around for a while to learn a few things from their parents before striking out on their own and add to the growing Long Island Bald Eagle population.

John Bustamante sent me the first photo below that he took earlier in the day on Wednesday. 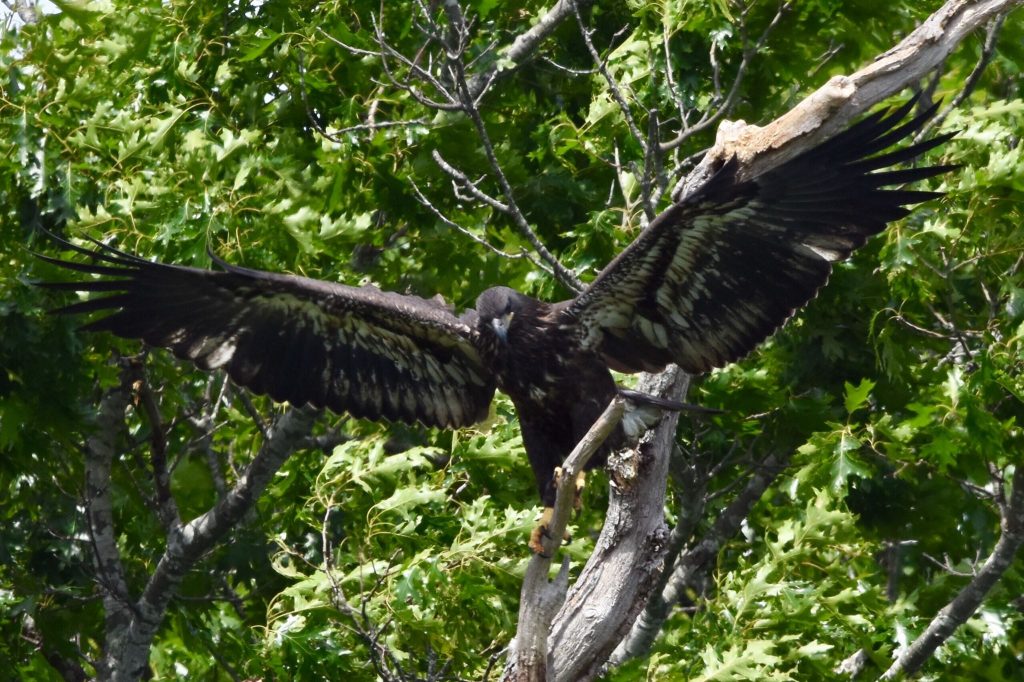 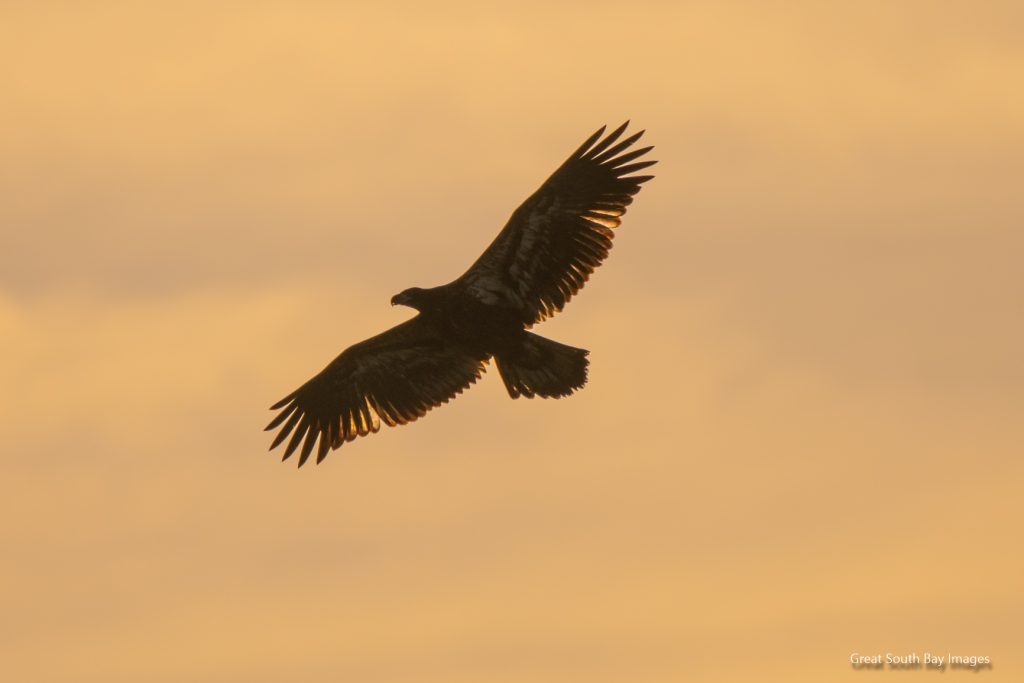 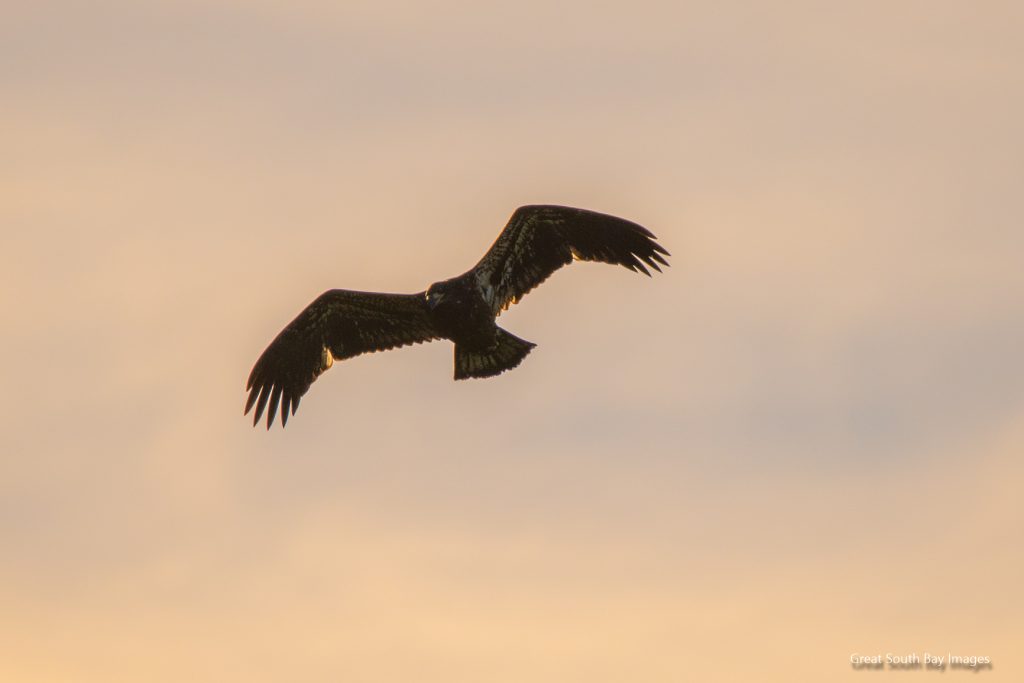 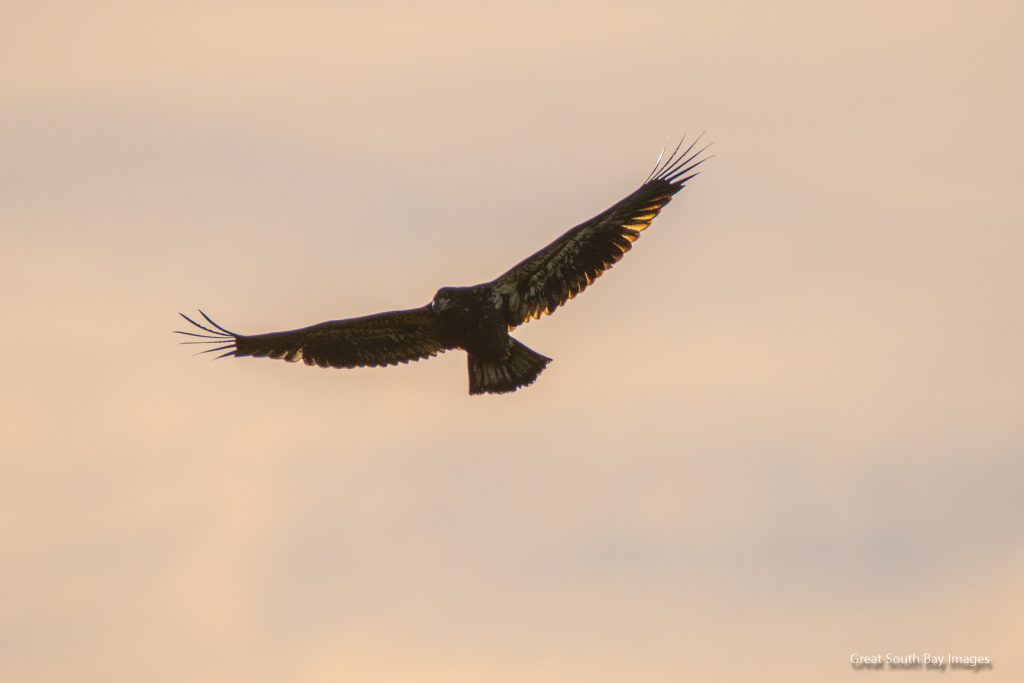 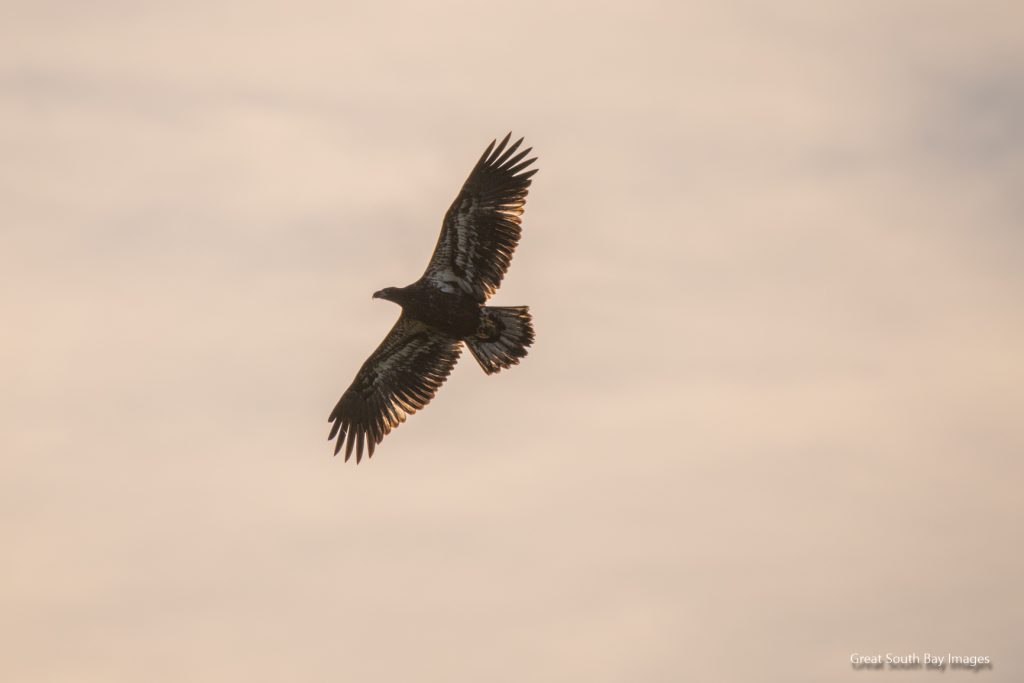 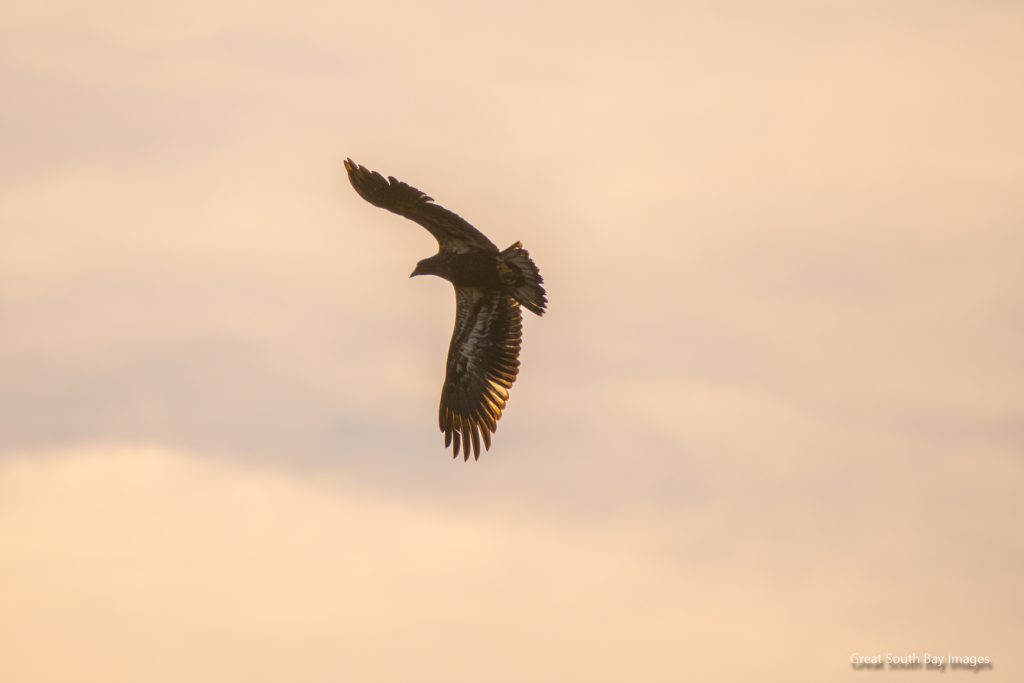 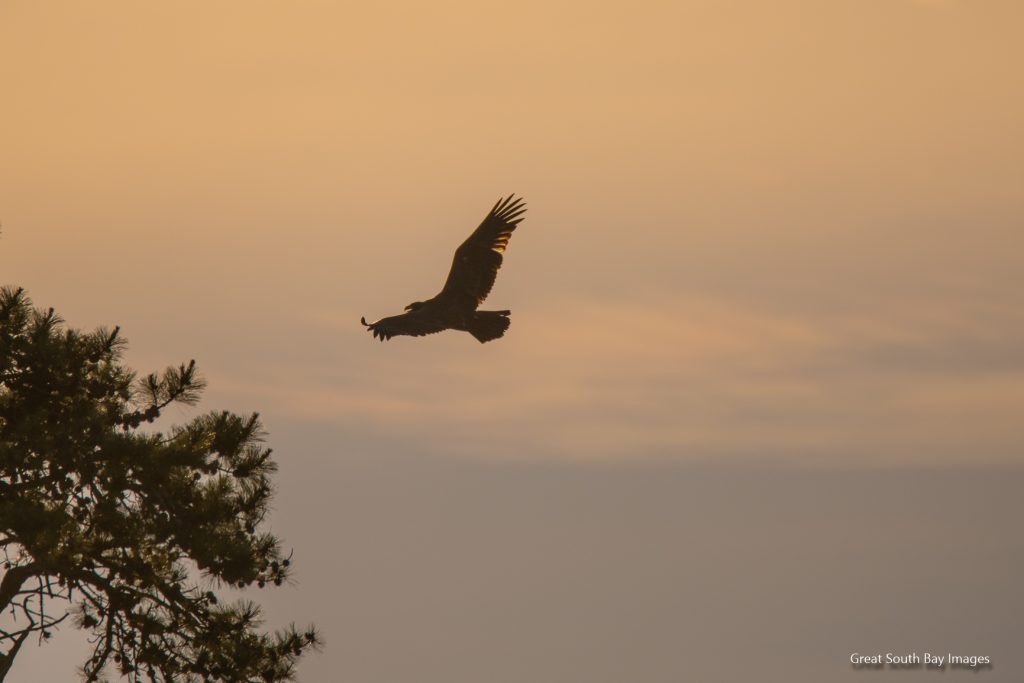 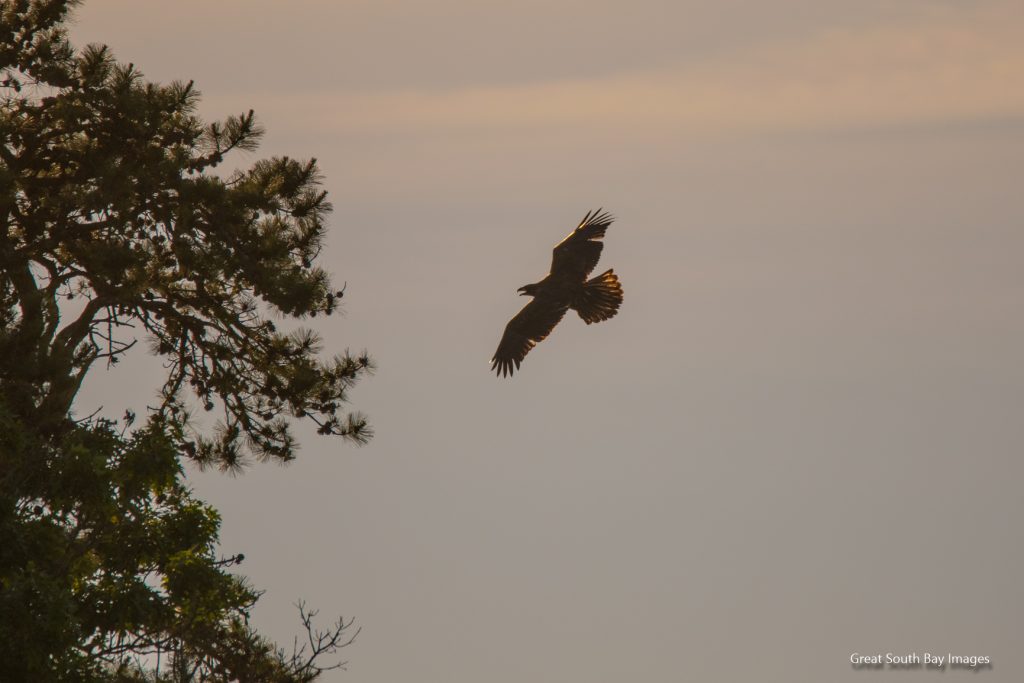 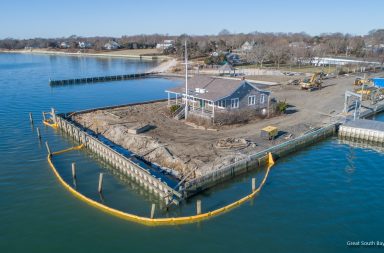