It has been a cruel fall storm season for many of Long Island’s south shore beaches.  Offshore Hurricanes, Nor’easters, and a few unnamed storms have brought in battering waves and higher tides than normal.  One area in the most trouble is Dune Road in Hampton Bays just west of Shinnecock Inlet.  This location is under pressure because Shinnecock Inlet and it’s long jetties disrupt the natural sand flow down the beach.  It was last dredged in the winter of 2016-2017 as you can see in the photo below. 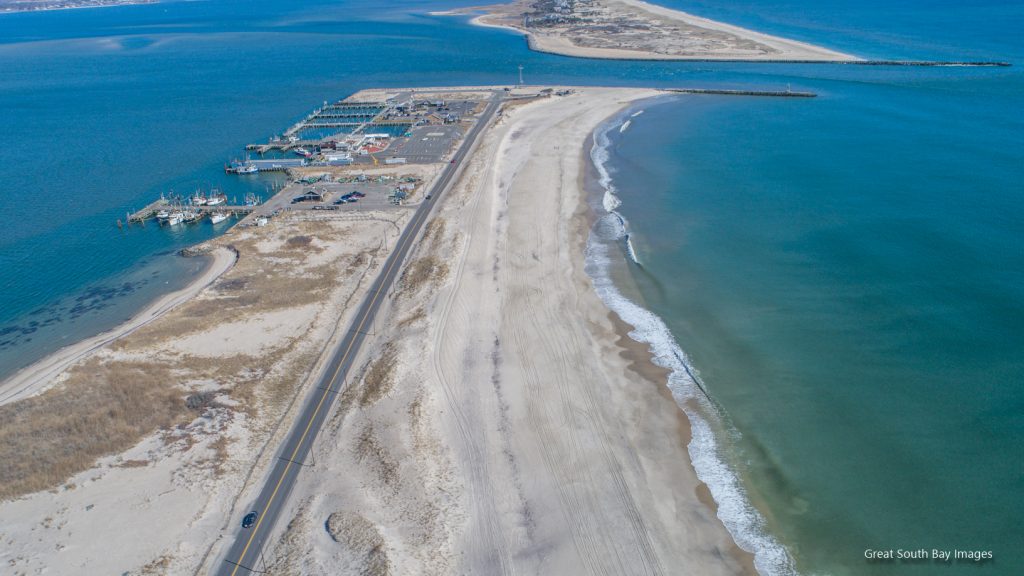 All of that sand is now gone and the Ocean is just feet away from the road and only protected by a narrow berm of sand put in the way by heavy equipment that is standing by on scene.

The beach has been disappearing ever since the last work was done but things have escalated recently.  Waves from Sub Tropical Storm Melissa crossed the road and flattened much of the remaining dunes protecting the road between October 10-11.   Emergency crews worked overnight to save the road, maneuvering over 100 truckloads of sand into position.  The road was closed for the work that morning, so I walked as far as I could go to get a few shots on October 11th below. 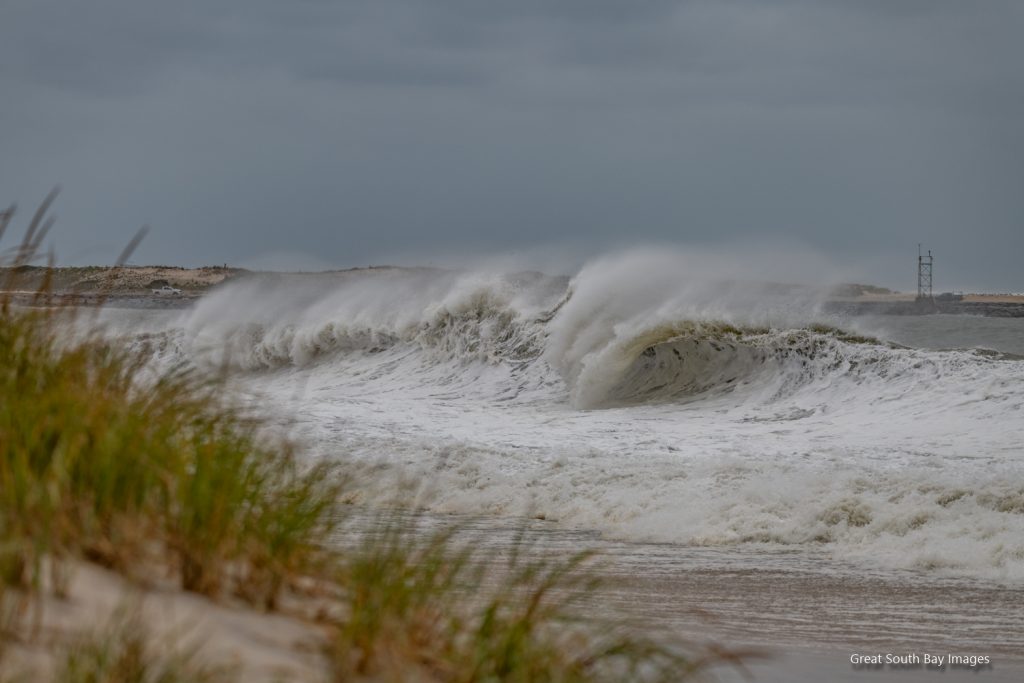 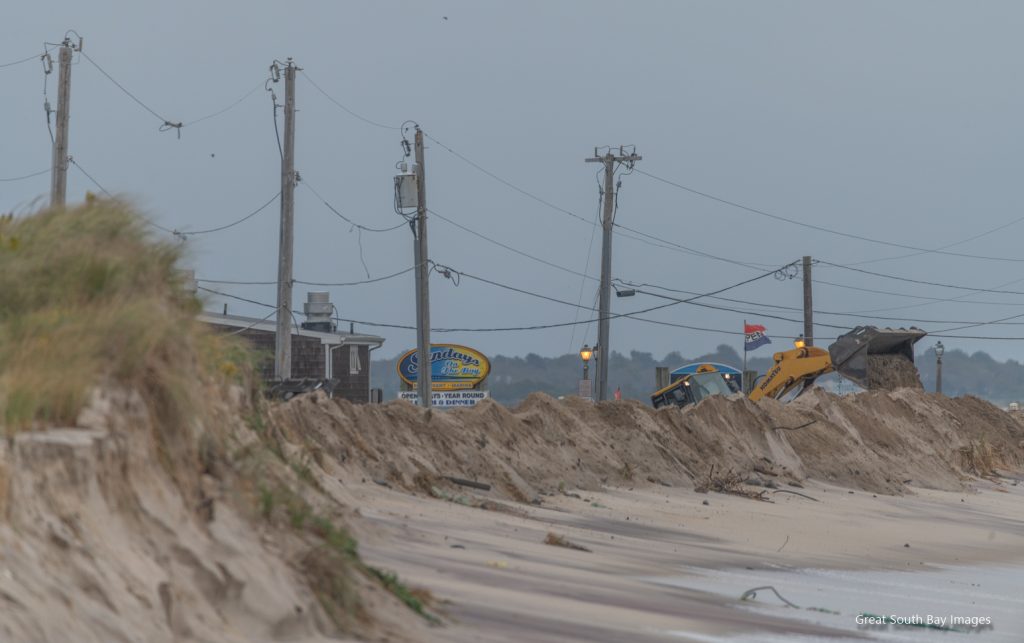 This is very important real estate for the local economy with several marinas, Oakland’s Restaurant and Marina, Sundays on the Bay, and the Commercial Fishing dock.   It also provides access to Shinnecock Inlet by car and is one of the most beautiful spots on Long Island.  Emergency dredging is expected to start replenishing the sand over the next several weeks, hopefully we don’t get any more storms in the meantime.

I checked out the area on Monday morning,  the road was still closed by the police and equipment was still staged and ready to try to prevent any new breaches.

Click here to check out our prior coverage of Shinnecock Inlet. 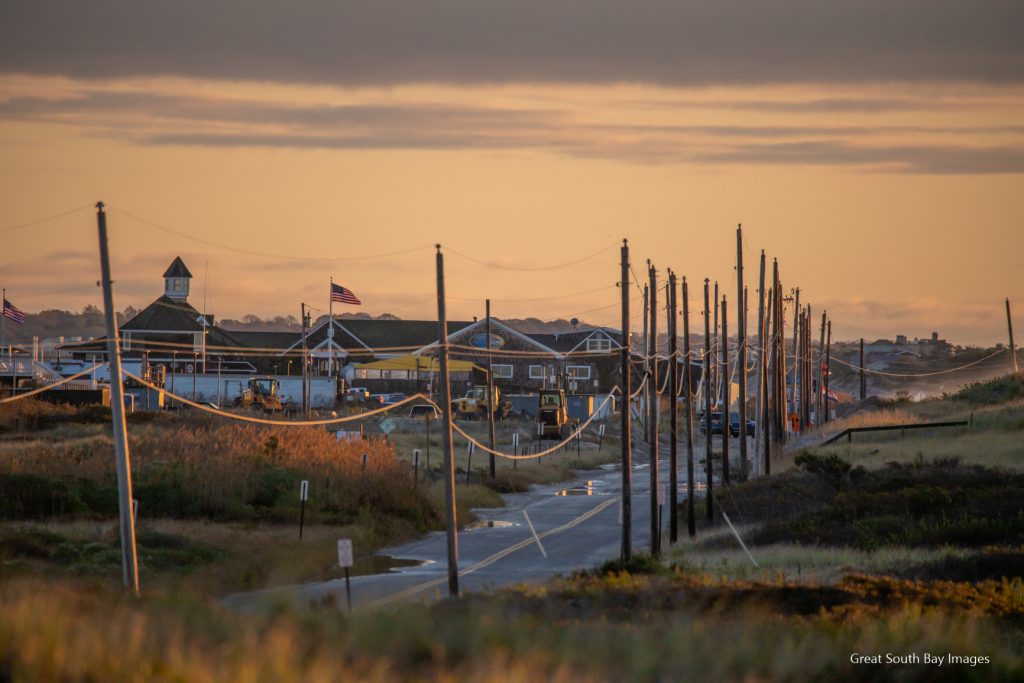 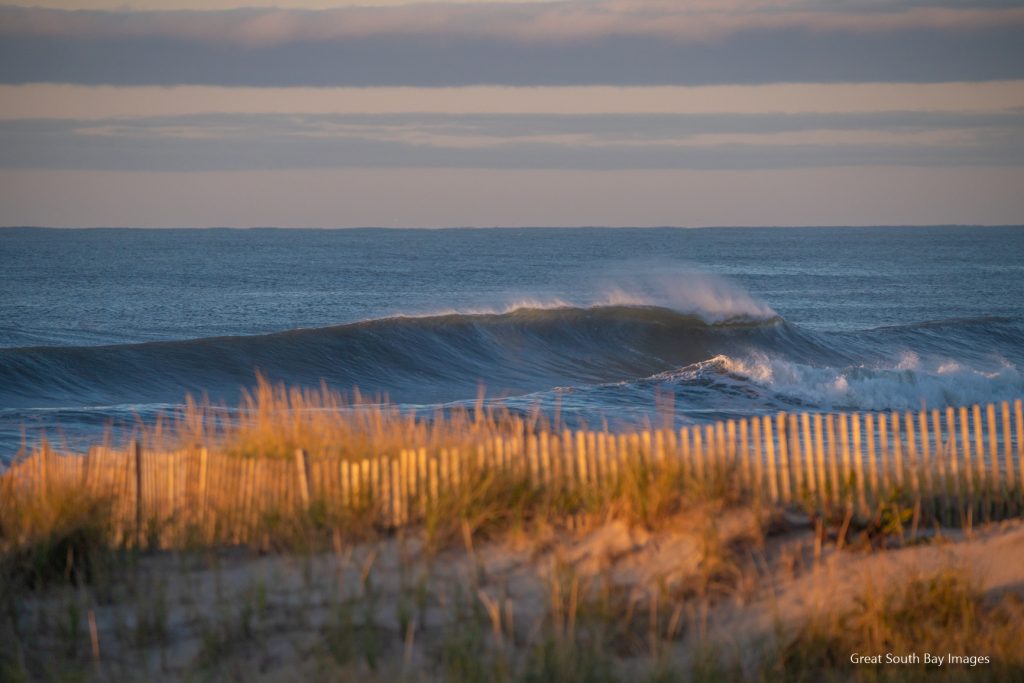 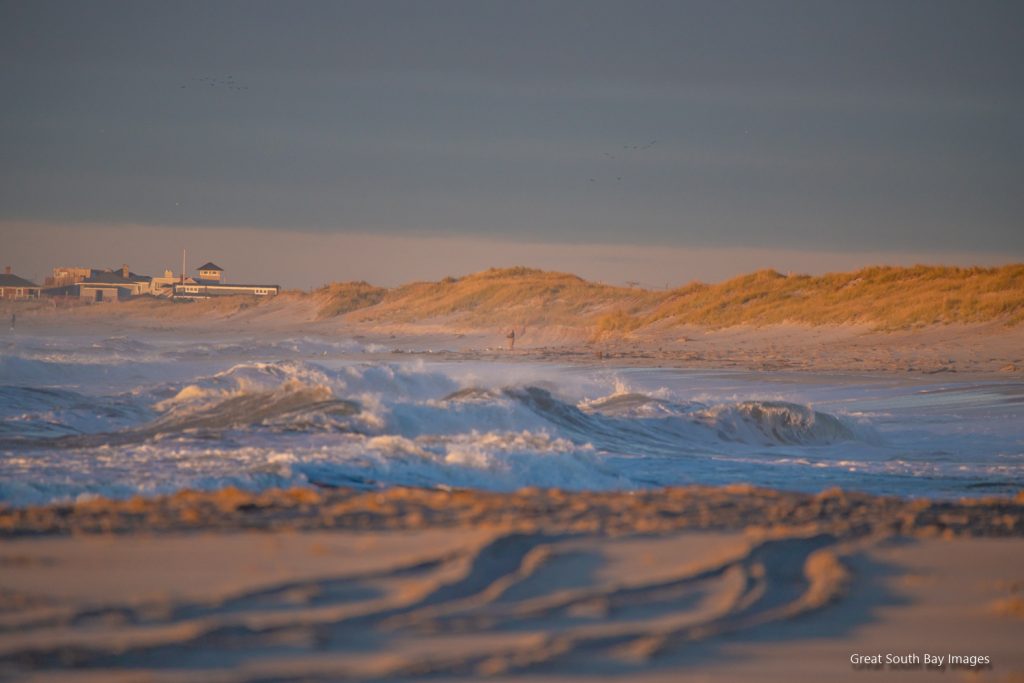 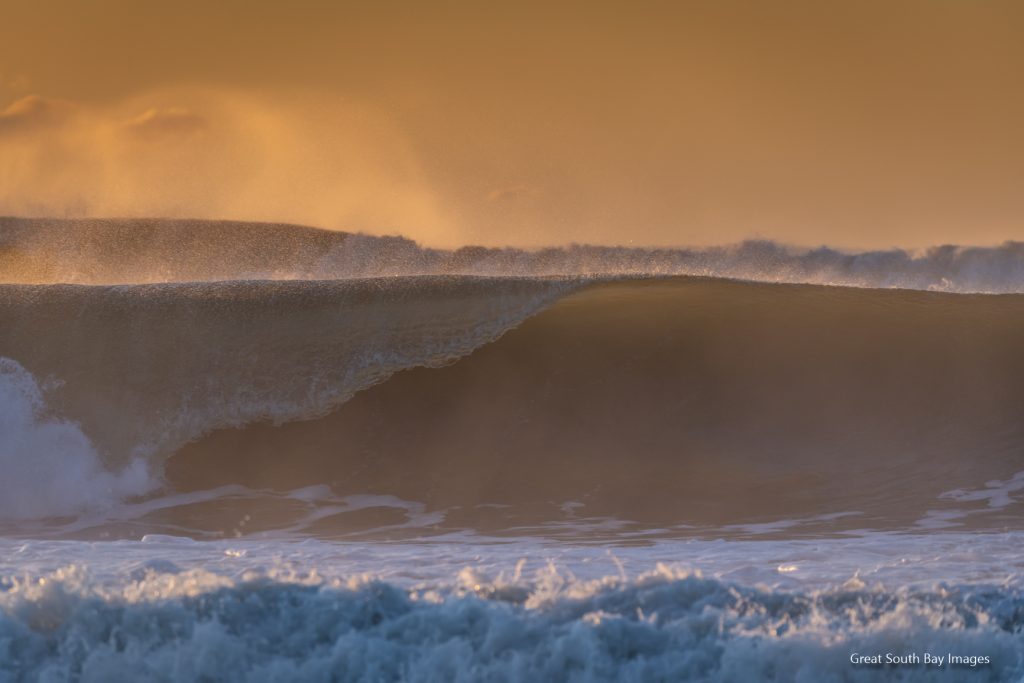 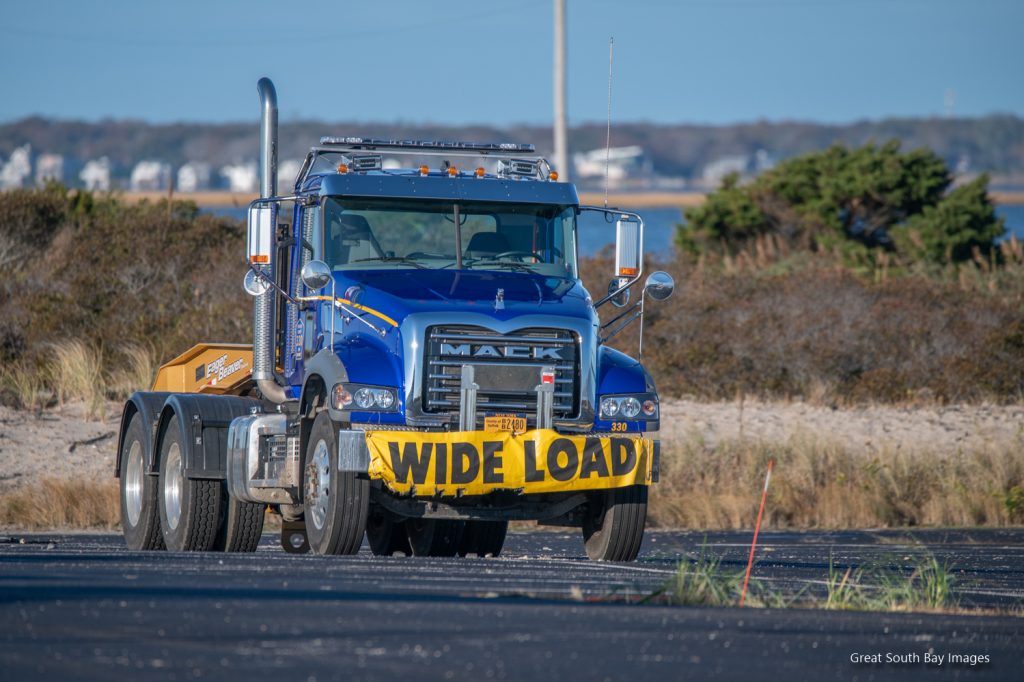 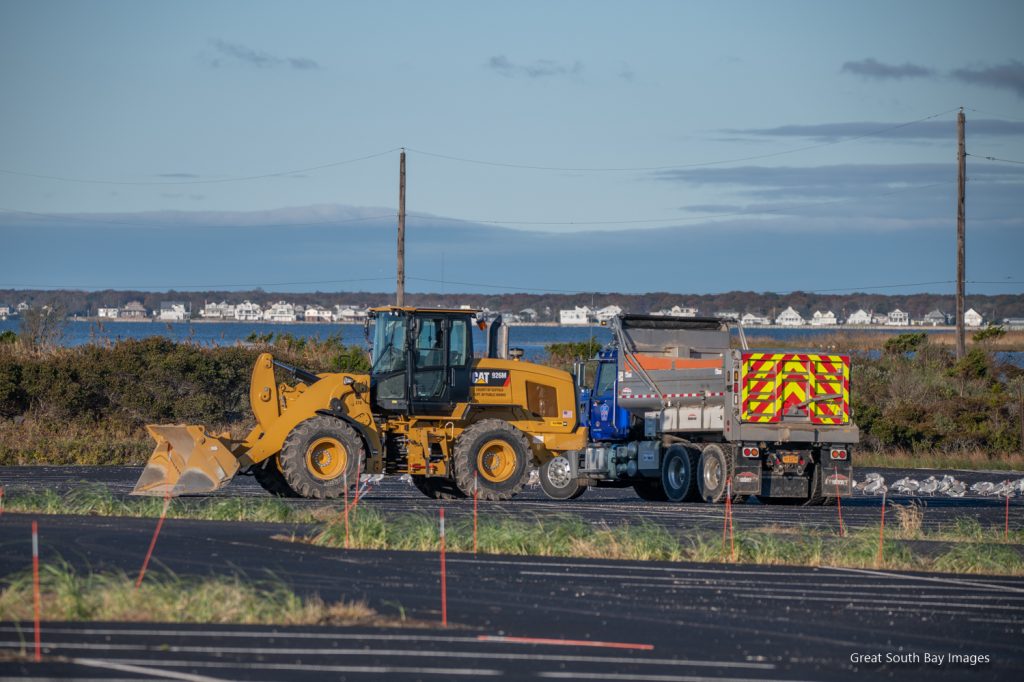 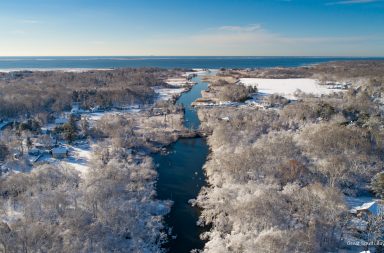