Thanks to Suffolk County Police Marine Bureau for providing the video above.

Update:  I just spoke with Matthew Honce, who pulled the boater out of the water.  He suspects the guy might have turned sharply to avoid running aground.  He was headed east between Bellport and John Boyle Island and it gets very shallow where the boat was headed.  The boater told him he had to duck under the Contender as it circled over him as he stood in neck-high water.  He has a broken clavicle and is obviously a very lucky guy.

I was out on my boat on Saturday morning near John Boyle Island when I noticed a big center console making high-speed tight circles in Bellport Bay.  I first thought someone might be doing some sea trials but it soon became clear something else was going on.  The boat was making very tight left turns and the engines were cavitating as it pounded over its own wake.   I took some long-distance shots with my zoom lens but couldn’t tell if there was a driver or not. 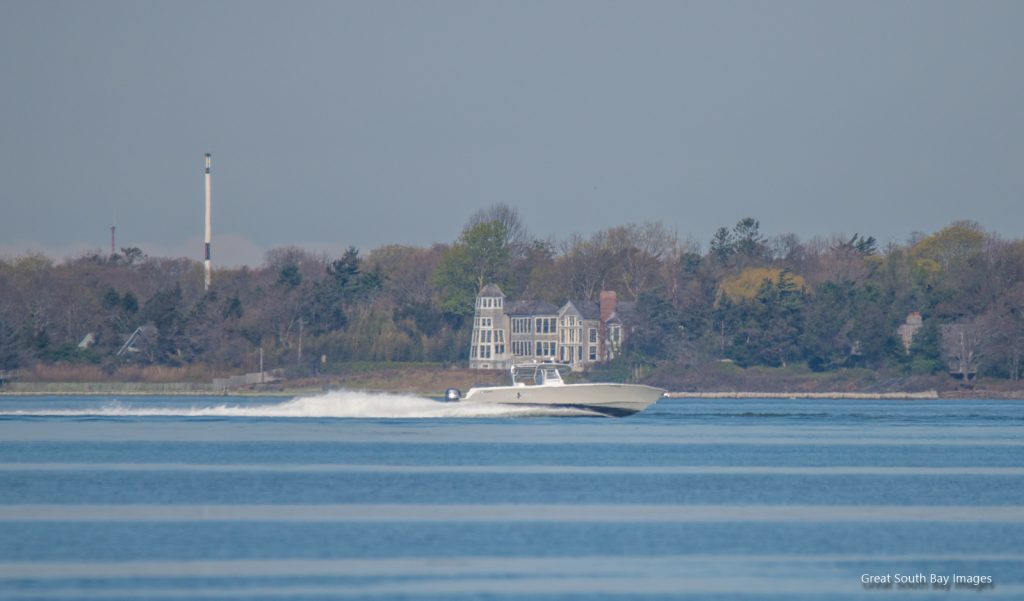 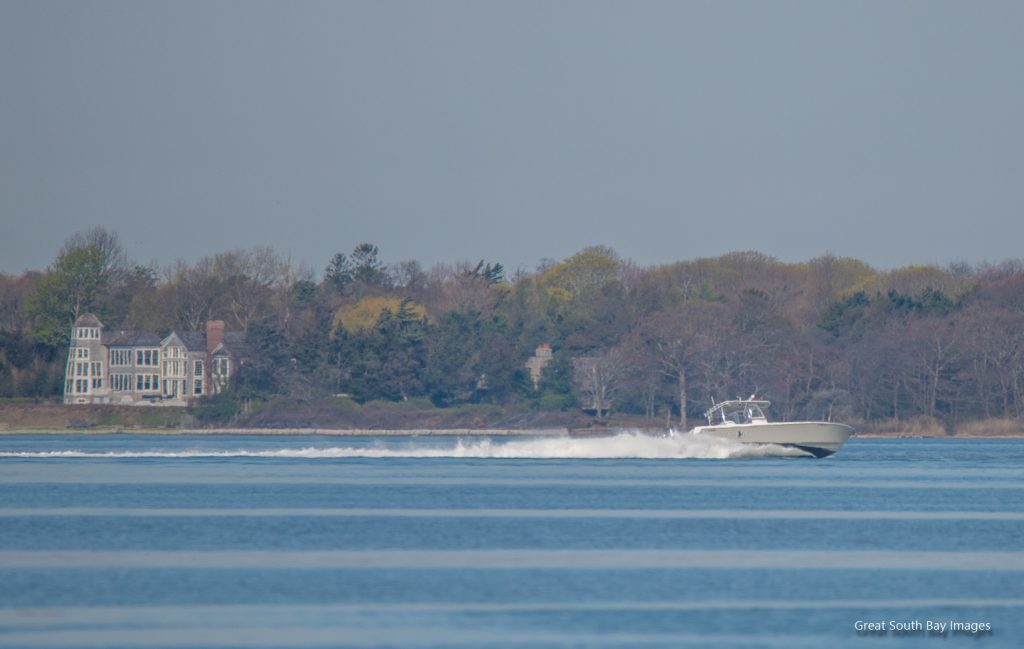 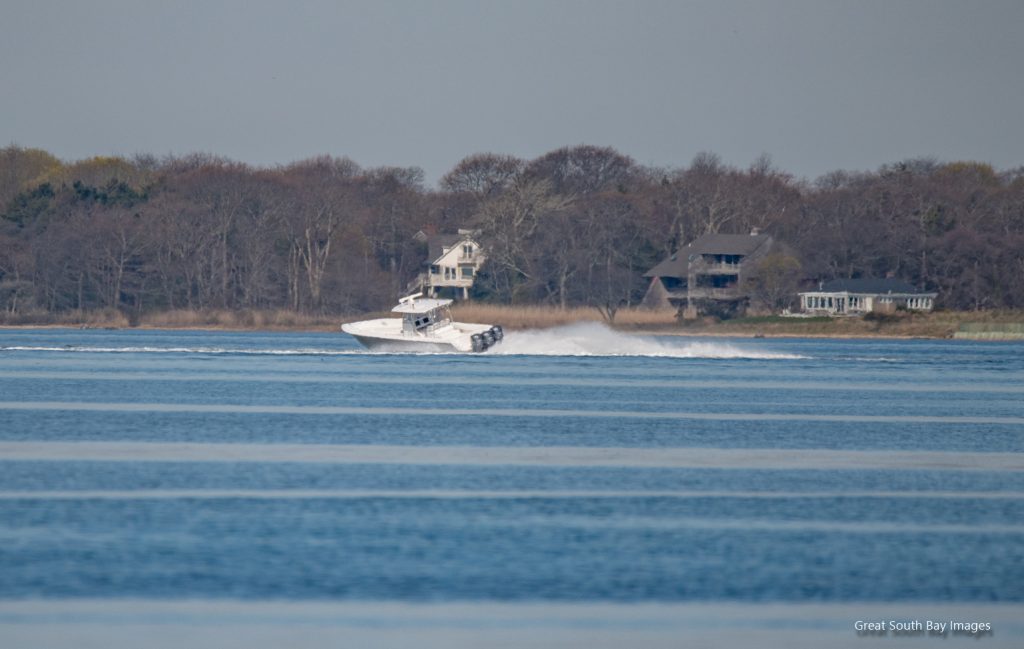 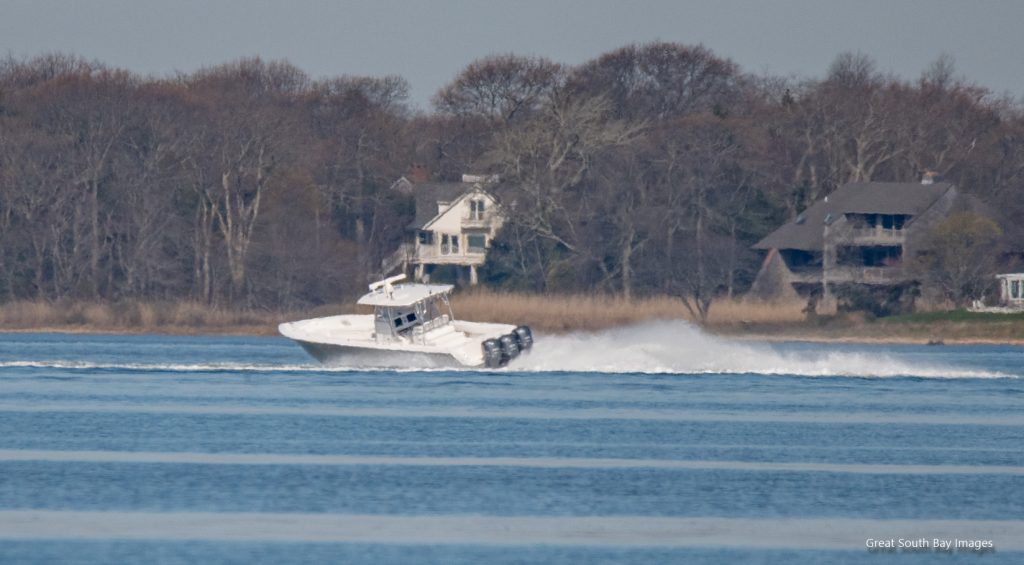 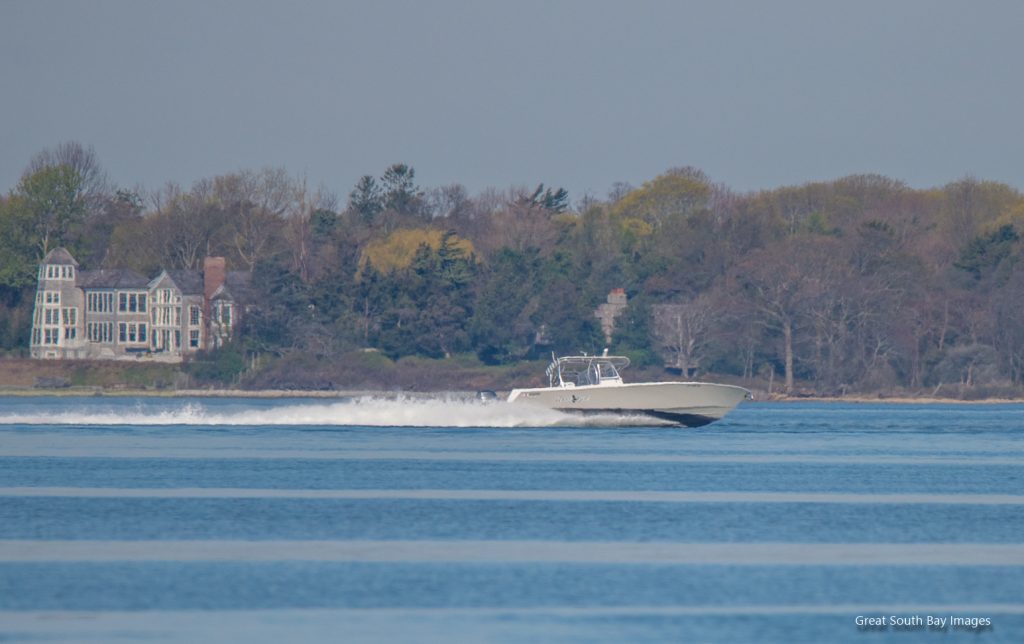 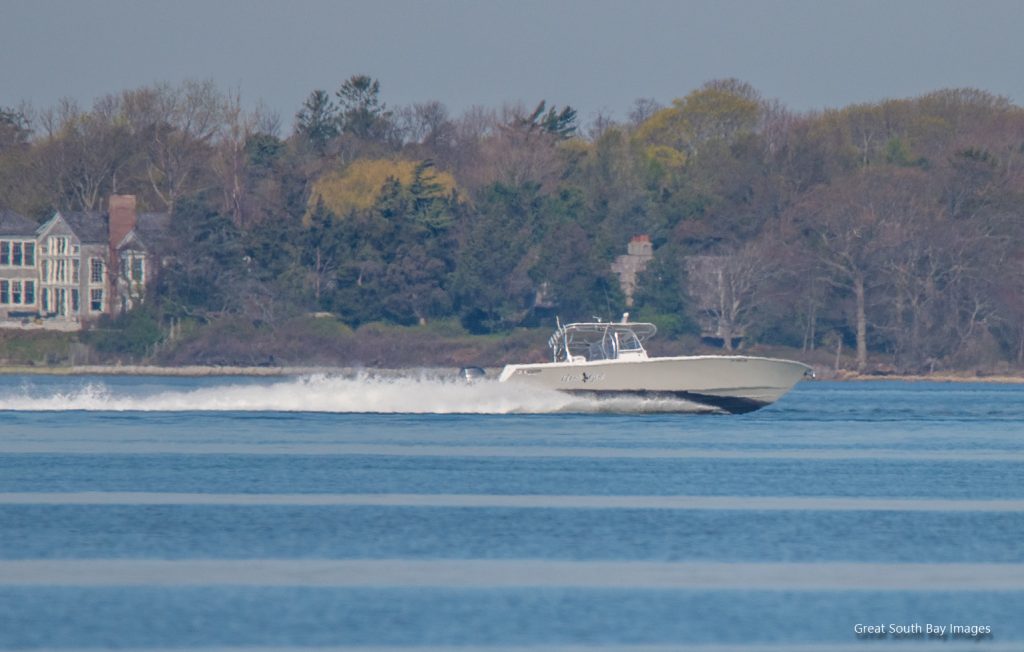 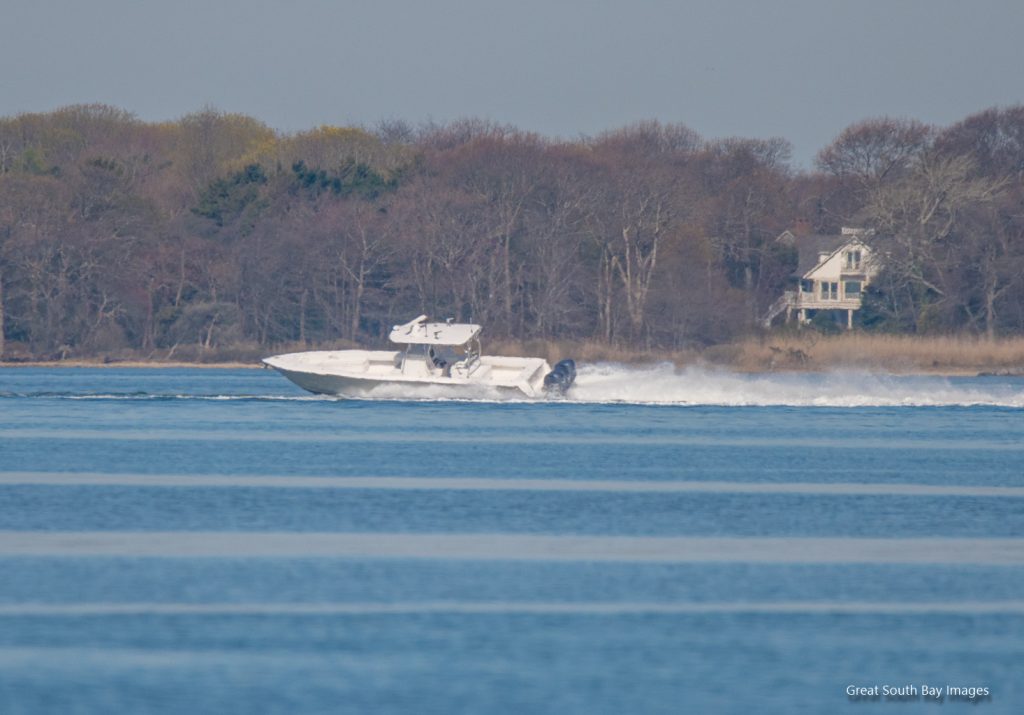 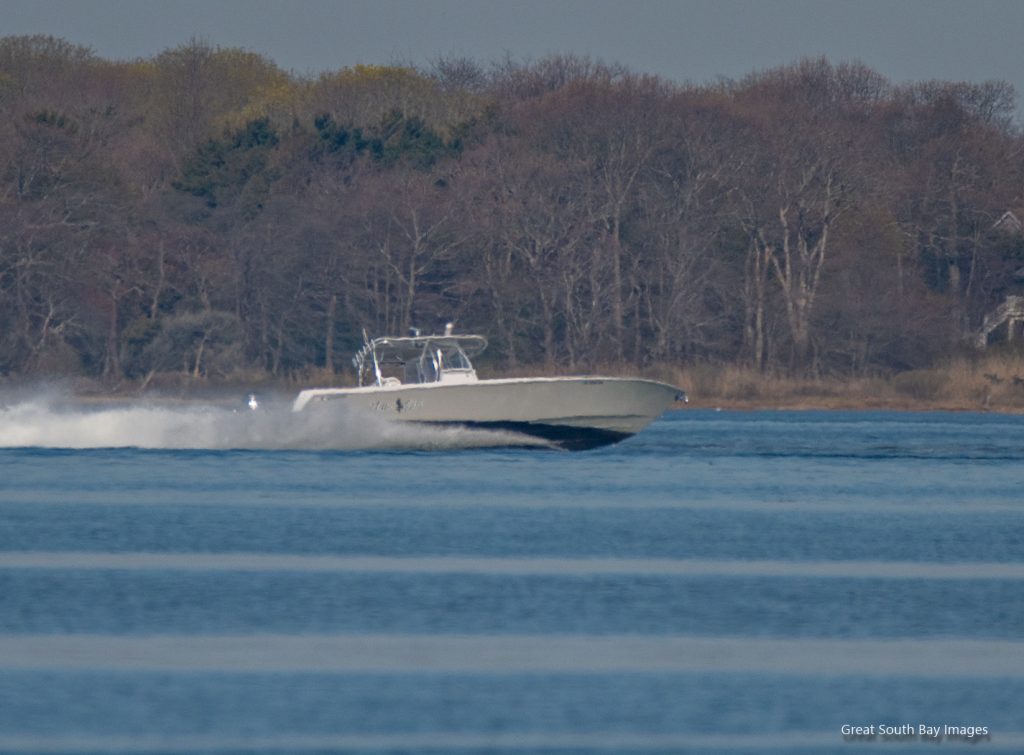 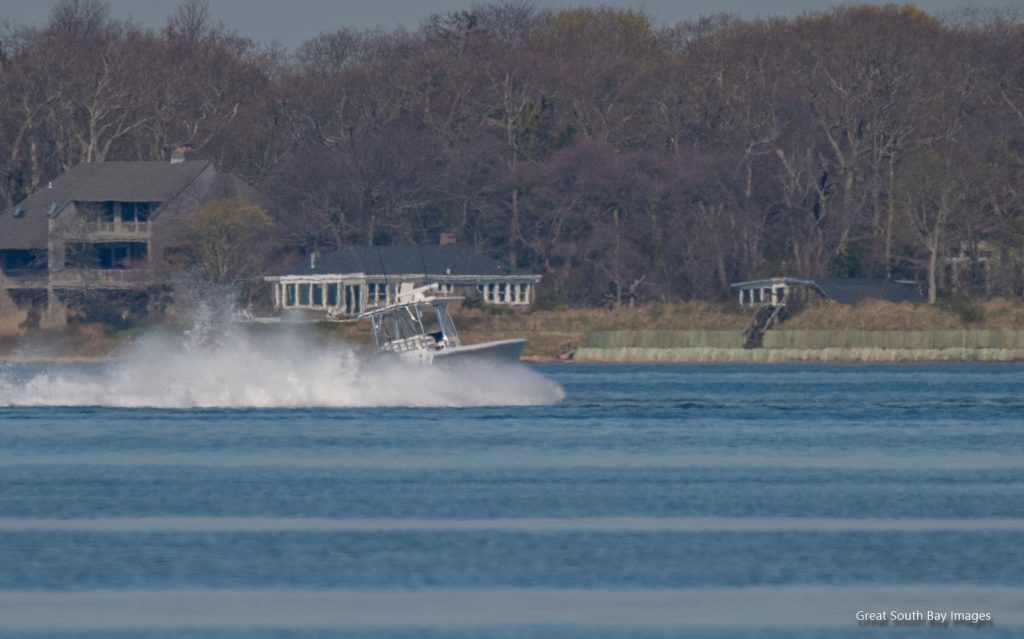 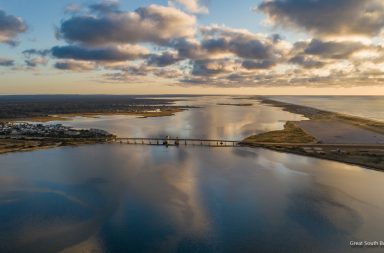