Dr. Charles Flagg has been flying  a plane over the Old Inlet Wilderness Breach and gathering data for his Great South Bay Project since November 4th 2012, three days after it opened during super storm Sandy.  Depending on tide, weather, and his schedule, Dr. Flagg tries to fly over the inlet about once a month and uses a video camera mounted on his plane to create ge0-referenced photo mosaics of the area.  Every one of his flights is cataloged on the Great South Bay Project website, which is a great resource to monitor this dynamic area.

The last time Dr. Flagg invited me to ride along in the back of the plane he uses, a 1963 Piper Super Cub, was back in August 2013.  To compare the breach almost 6 years later click here.

When Dr. Flagg invited me again to join him this past Thursday I jumped at the chance.  We met at Brookhaven Airport at 8:30 a.m. and after a pre-flight check we were ready to roll by 8:45.   It wasn’t easy to get strapped into the very small back seat with two cameras, a GoPro video camera, and a puffy winter coat. 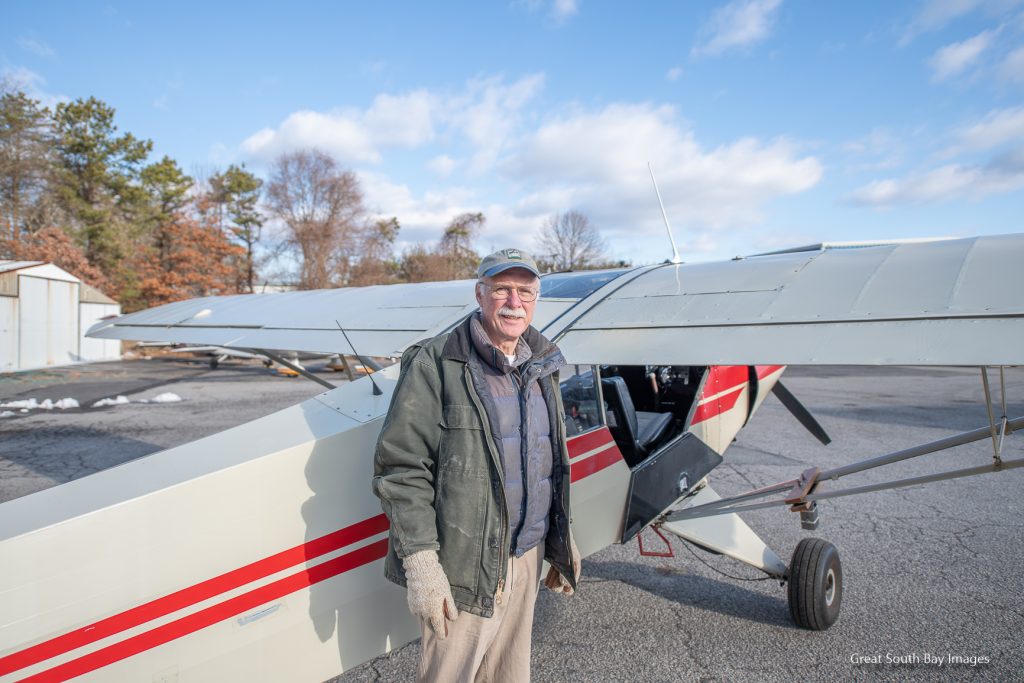 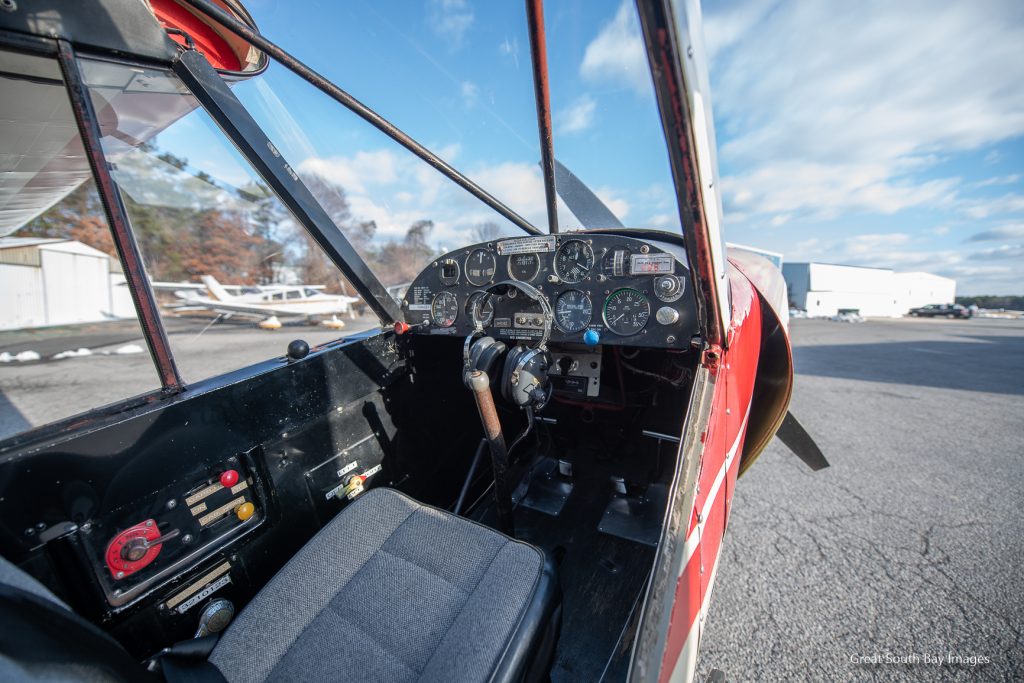 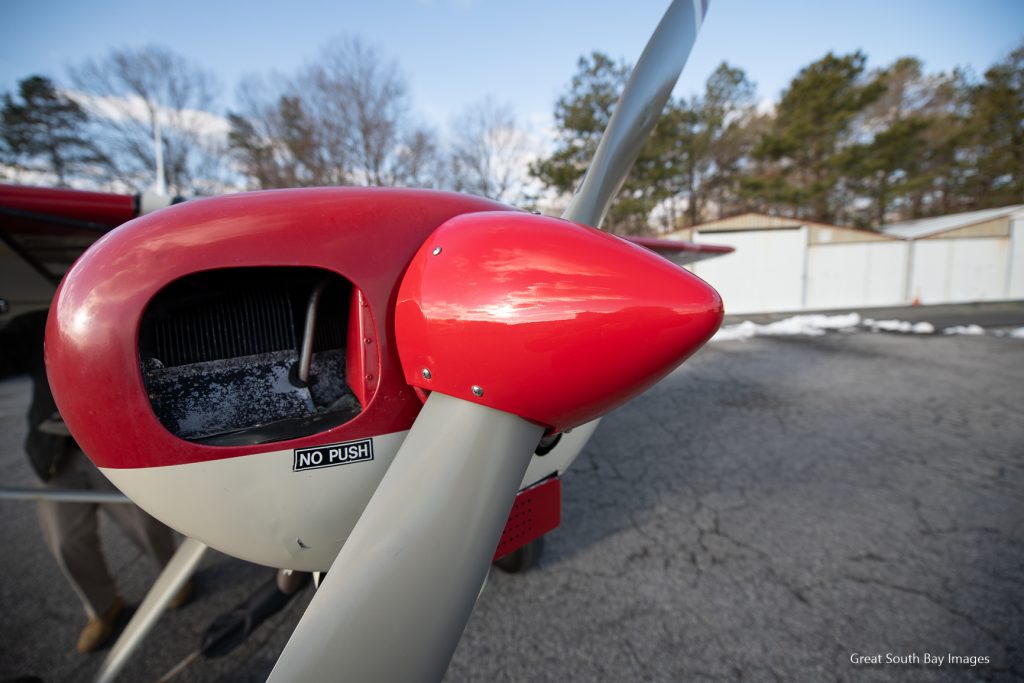 The flight from Brookhaven Airport to Old Inlet only took about five minutes, flying over Southhaven Park,  Carmans River and the Eastern Great South Bay. 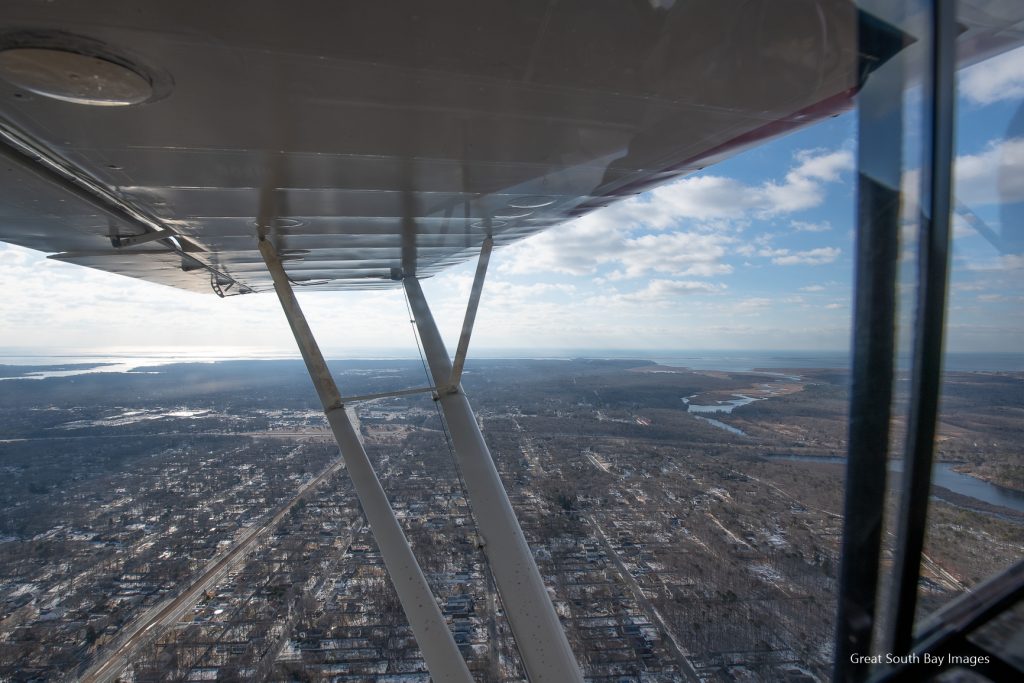 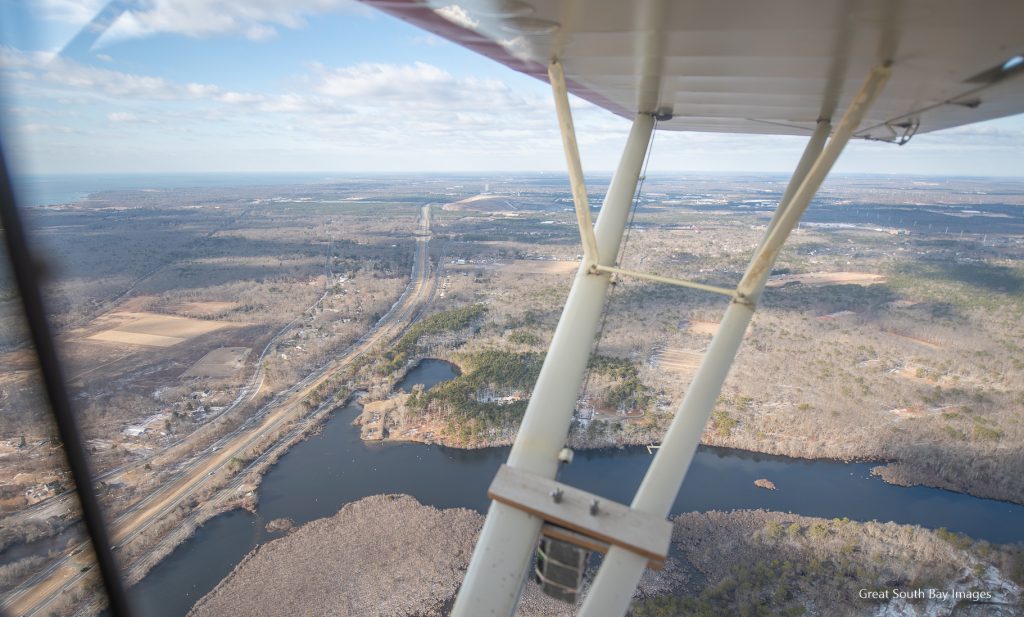 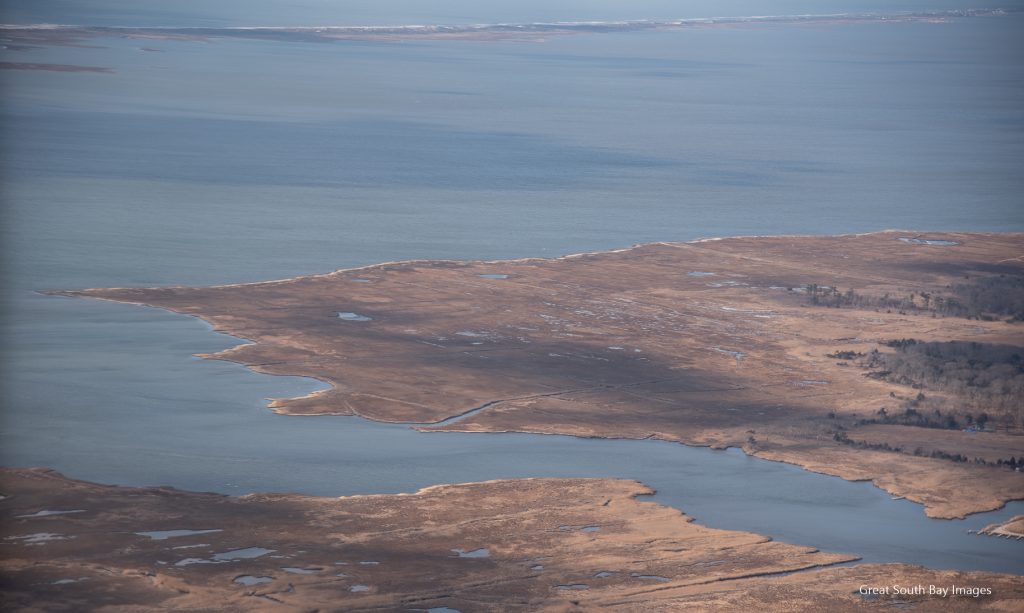 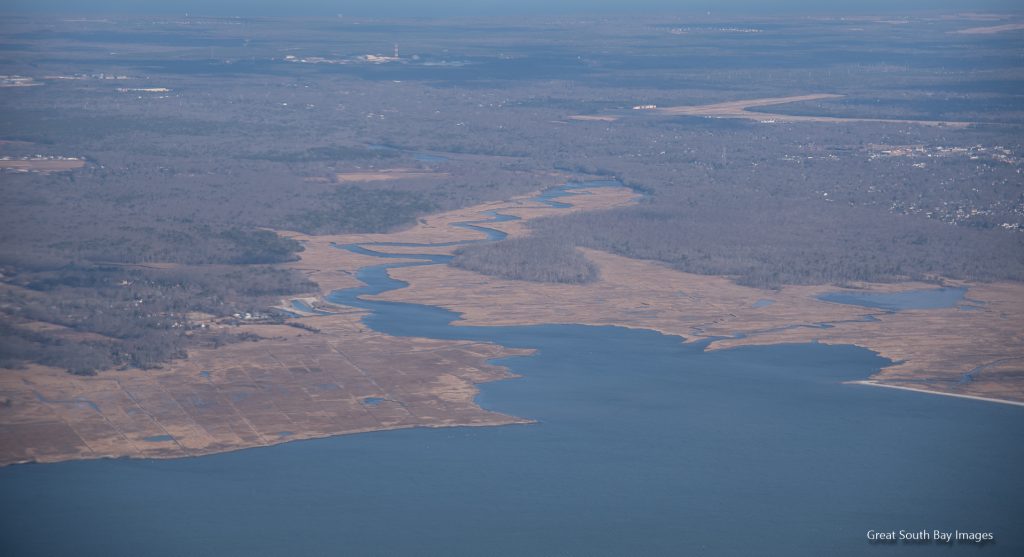 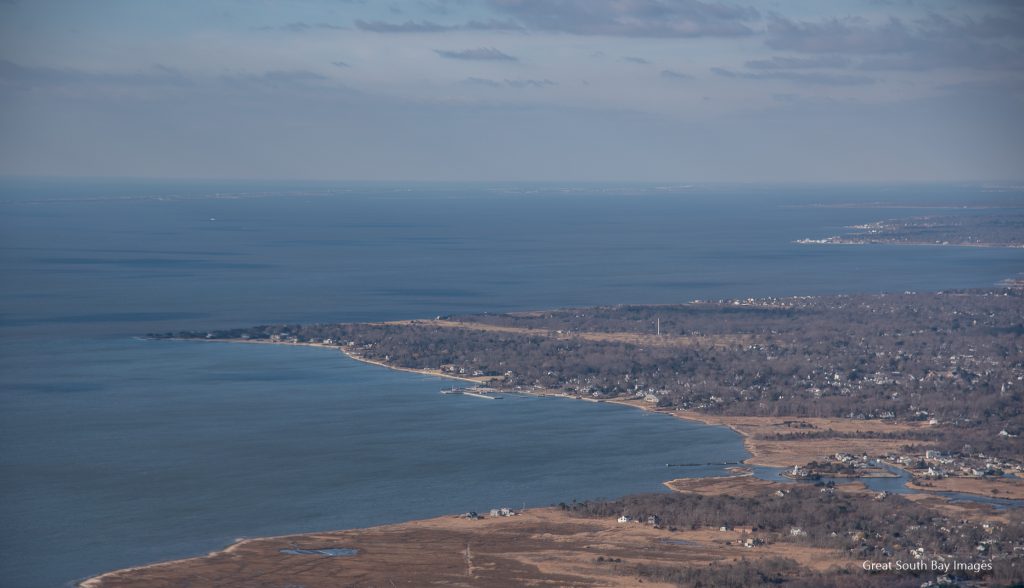 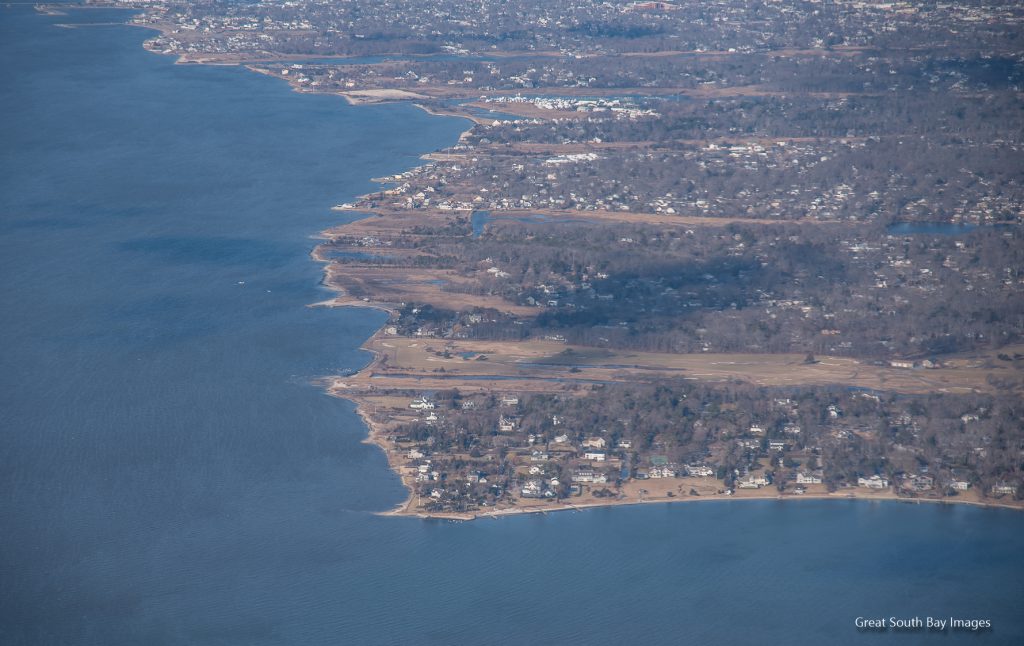 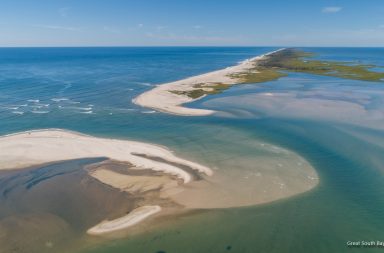