Photos and Video: Milky Way and Rising Moon over Moriches

Living near one of the biggest cities in the world is not ideal for photographers that want to shoot the stars and Milky Way but it still can be done.  According to a recent report from NOAA, the Milky Way is now hidden from a third of humanity.  As you can see on the map below, Long Island is not an ideal location! 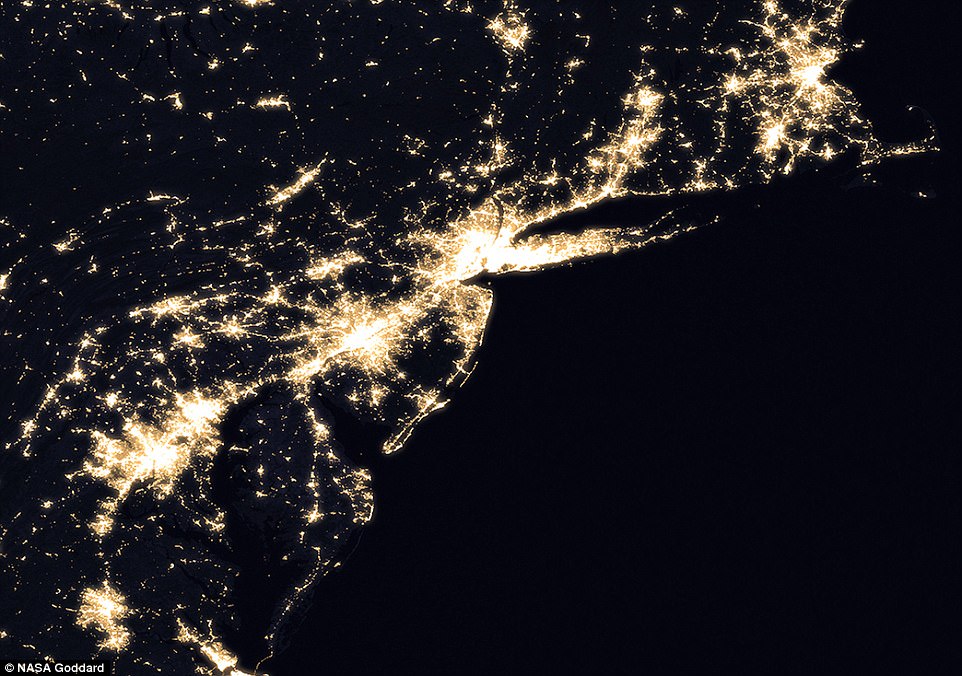 However, when conditions are right the Milky Way can be seen, even with the naked eye, in our area between March and October  in the Southern Sky.  The best viewing of the core occurs between late April and July.  No matter how great the conditions are, the view with the naked eye pales to what a modern DSLR and editing software can come up with.  I used a Nikon D850 and Nikkor 14-24 wide-angle lens for most of the photos below.

I finally got a chance to check out this year early on Tuesday Morning, leaving my house at 3:30 a.m. to set up on the west side of Moriches Inlet at 4:00 a.m.  The Waning Crescent Moon  was not scheduled to rise until just after 6:00 a.m. so despite some high clouds conditions were perfect.  The Planets are also visible now with Saturn and Jupiter lighting up the sky on both sides of the Milky Way and Venus rising just before the Moon as you will see on the last page.

After taking a few initial shots I set up my tripod for a time-lapse near the end of the West Jetty.  Time Lapse allows me to set up the camera to take multiple shots as I went back and got shots with another camera.  As luck would have it, I caught what appears to be a bright meteor in one of the first shots (image below), not even noticing at the time.

On the way home I got some nice shots of the rising Moon and Venus from Pikes Beach on page 3. 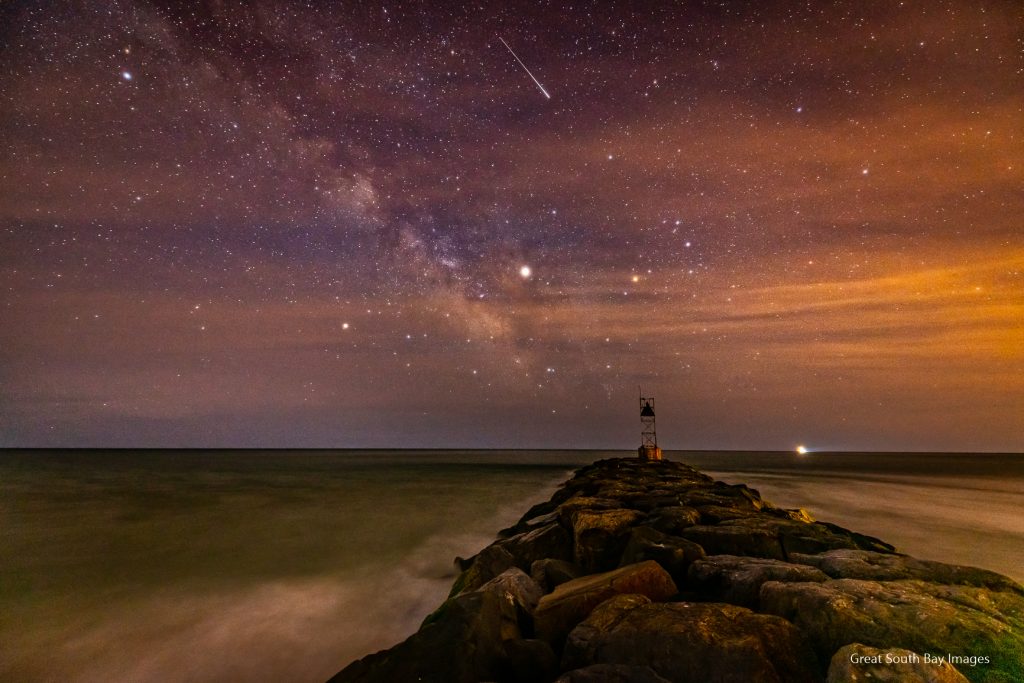 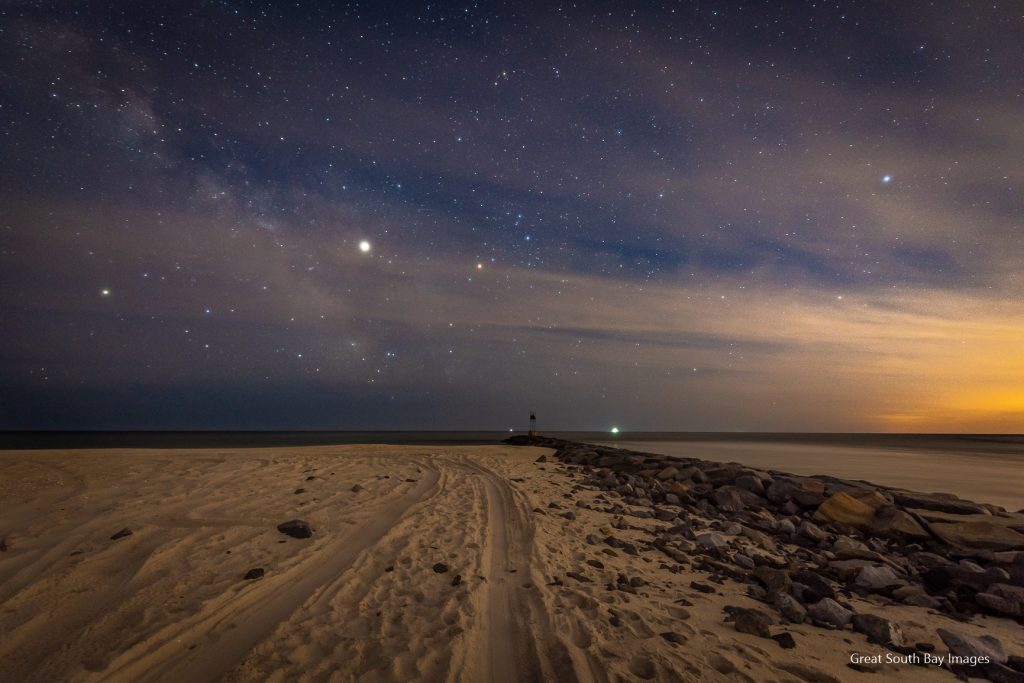 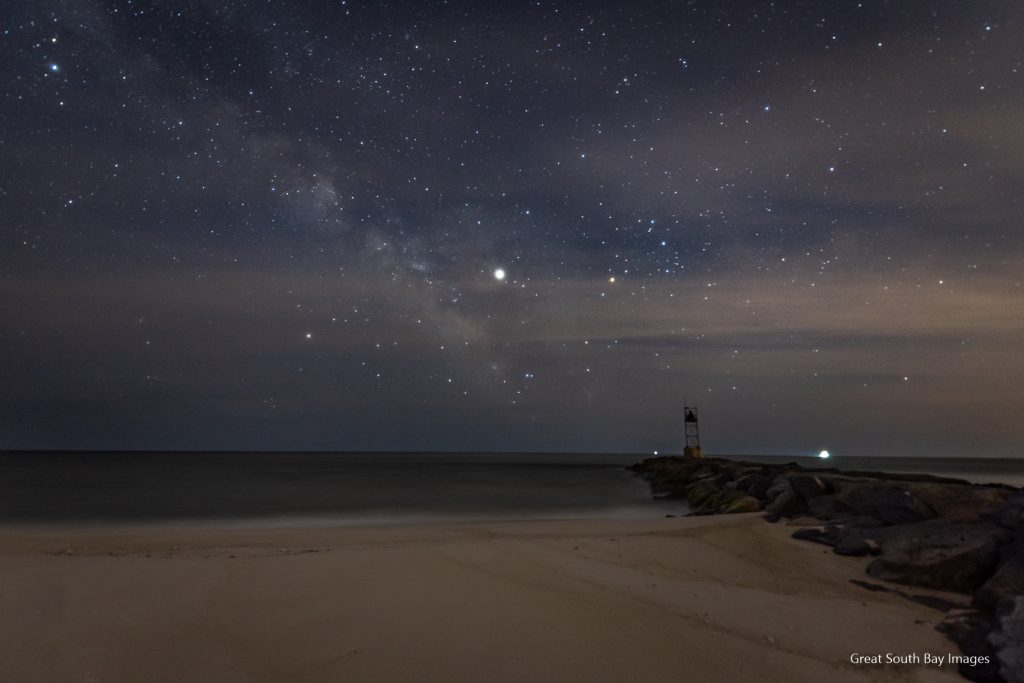 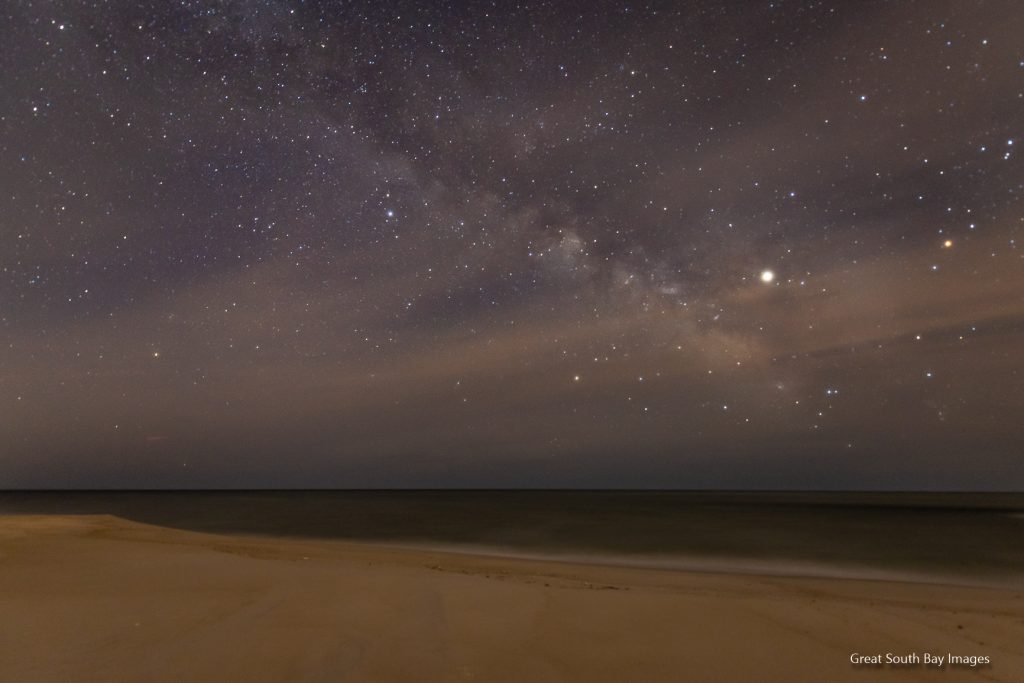 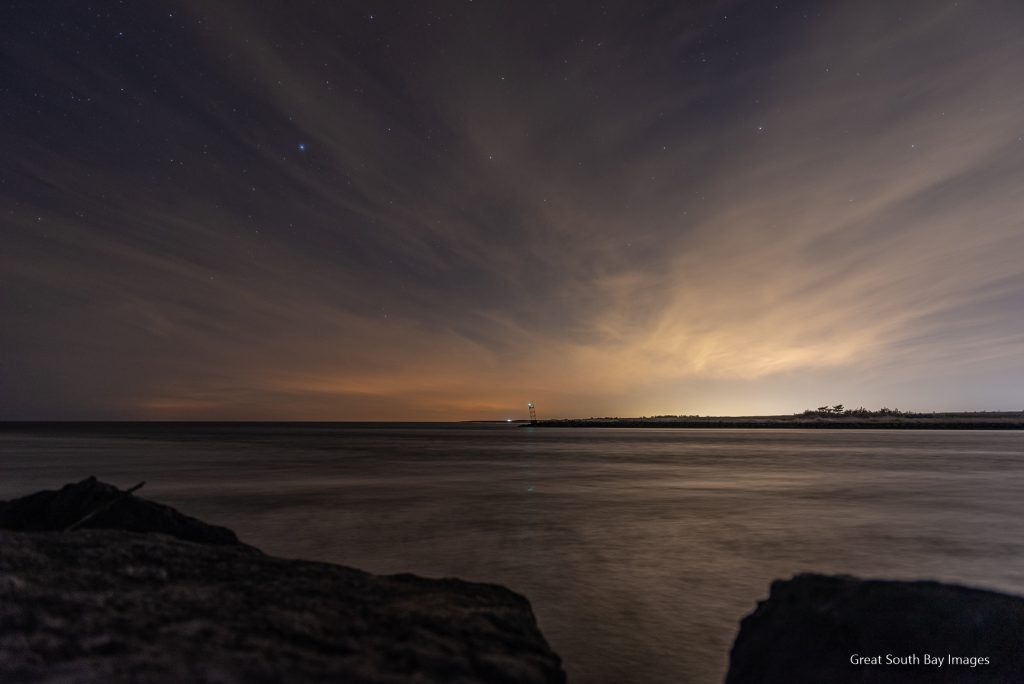 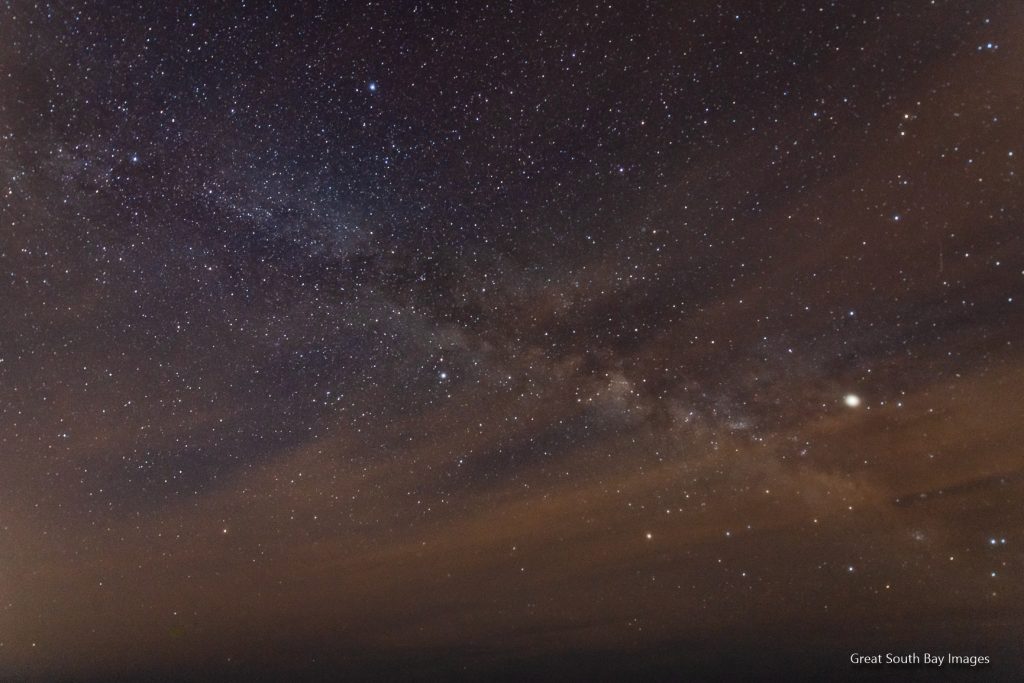 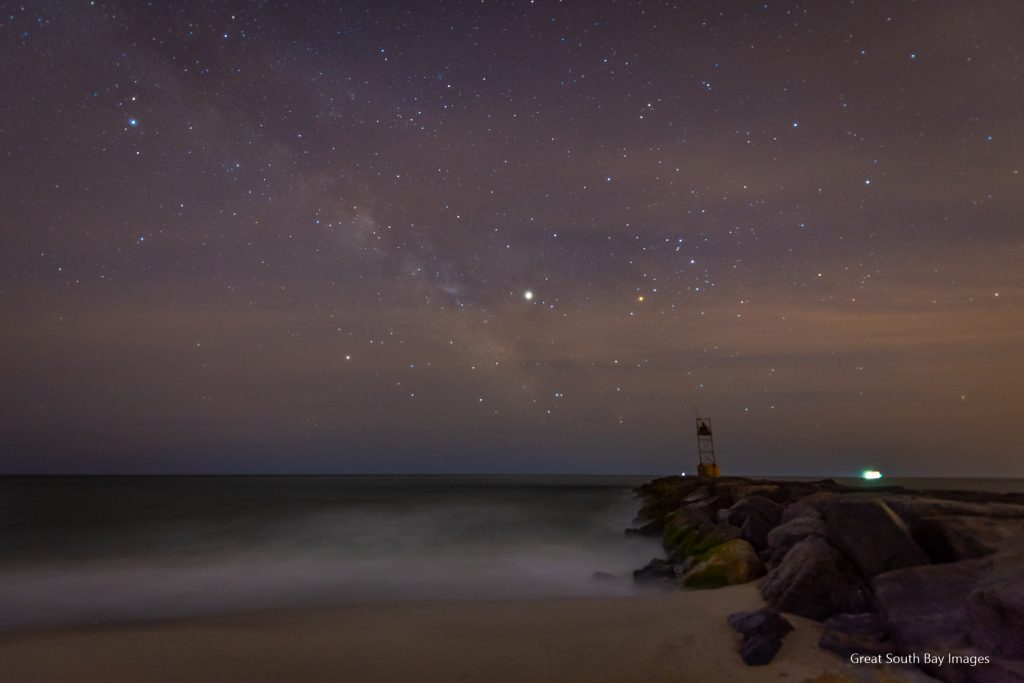 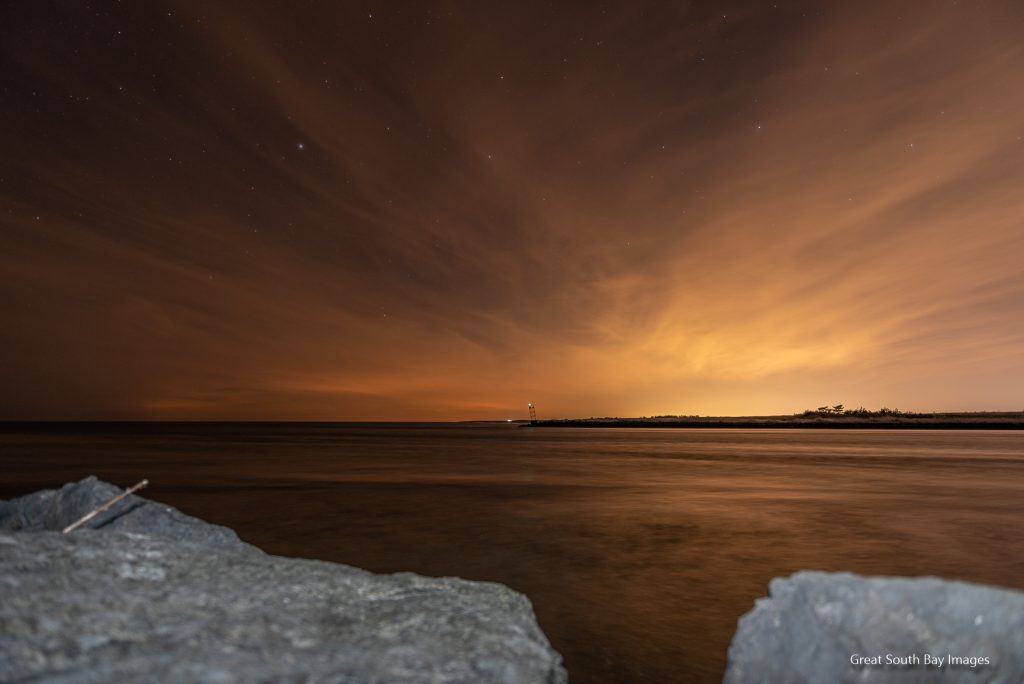 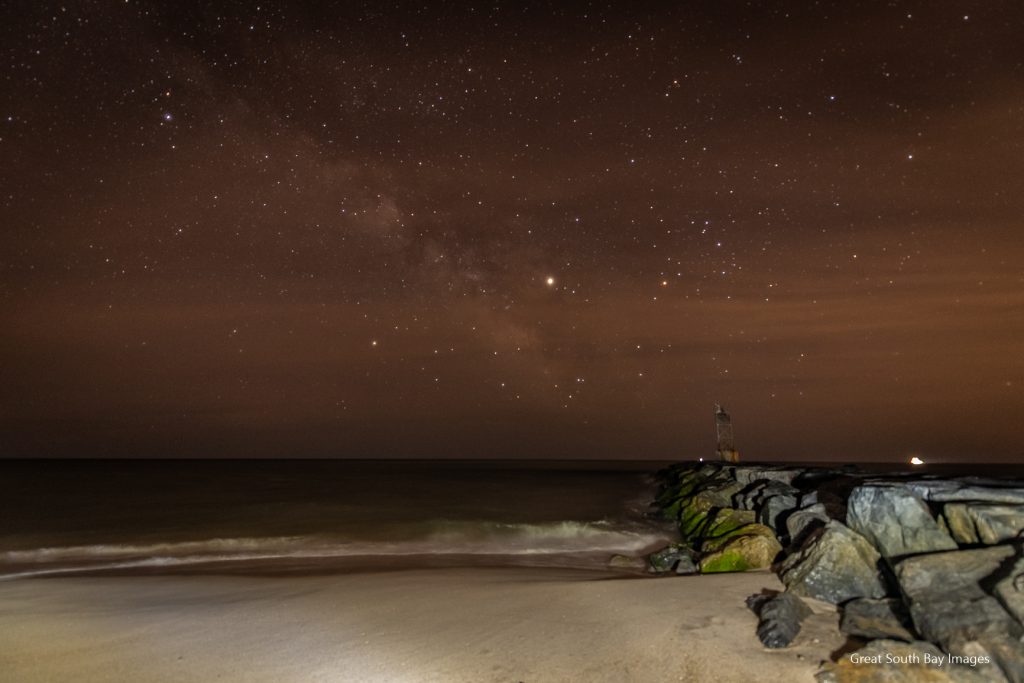 More Photos on Pages 2 and 3

Photos and Video: Harbor Seals Hauling out on the Rocks 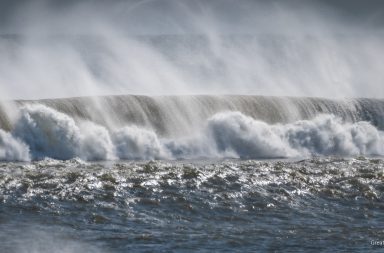