I finally took my first whale watching trip with American Princess Cruises out of Breezy Point on Friday afternoon.  They have had an amazing season so far with Humpback Whales and Dolphin galore all within sight of the New York City Skyline.  I had a feeling it would be a good trip when I captured bluefish chasing bait from the stern of the boat even before we departed. 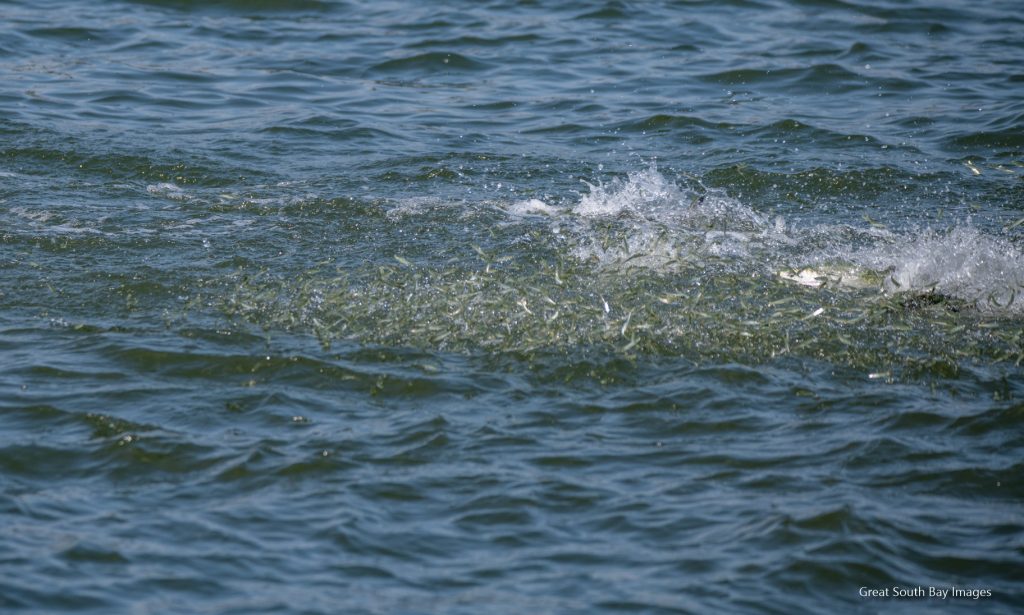 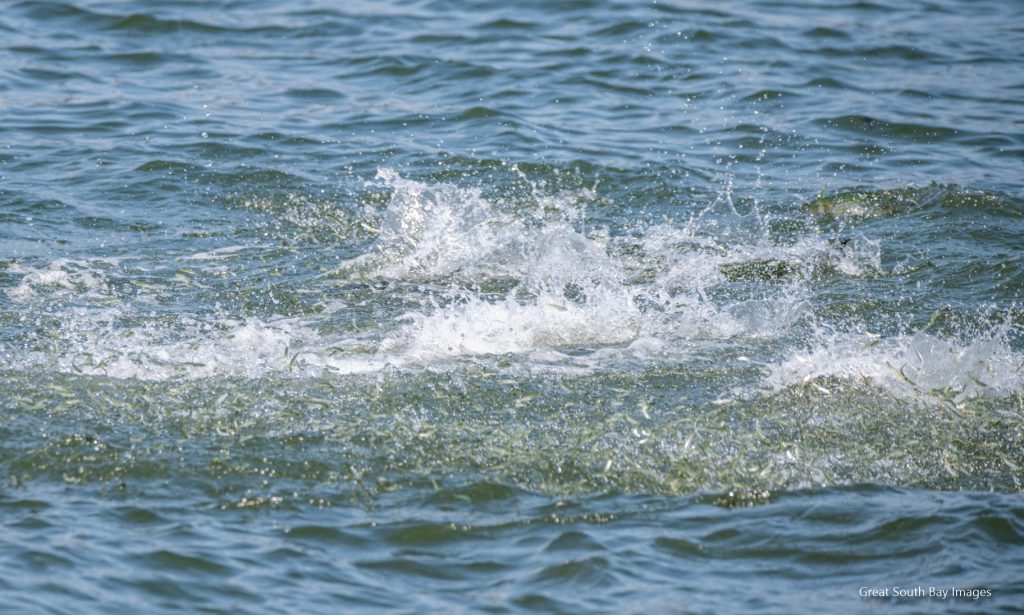 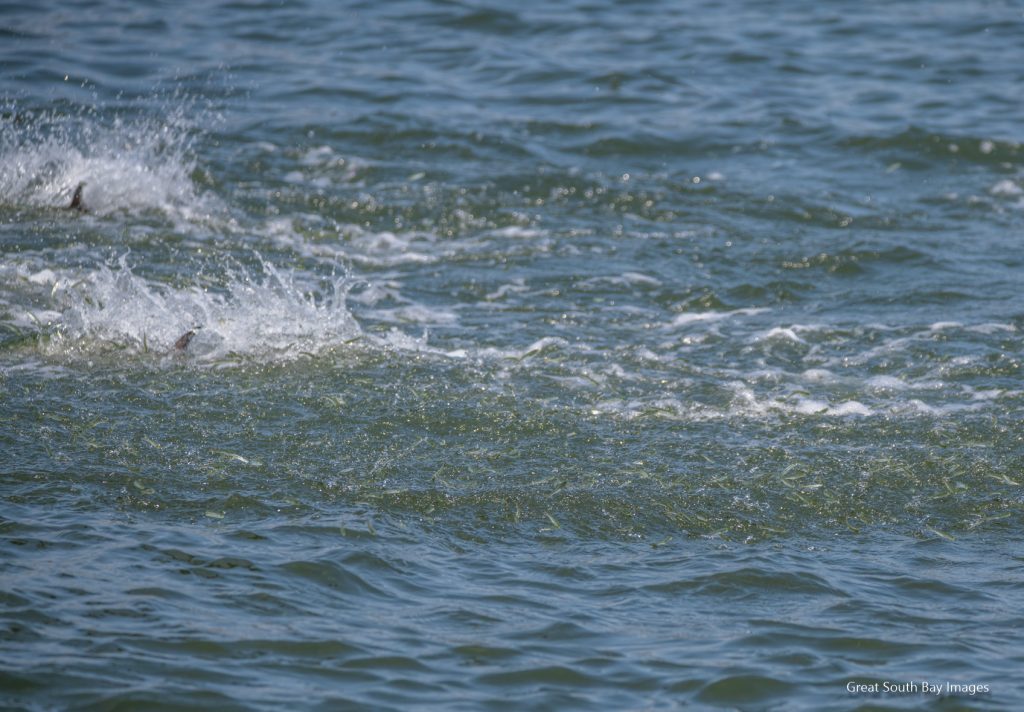 Captain Frank told us they had two very cooperative whales the day before in Raritan Bay, a short ride across New York Harbor between Staten Island and Sandy Hook NJ and we would be heading that way again.

As soon as we entered the bay, we encountered some big shools of bunker and even a few jumping Sturgeon.  Shortly after we had a lunge feeding Humpback Whale in the distance. 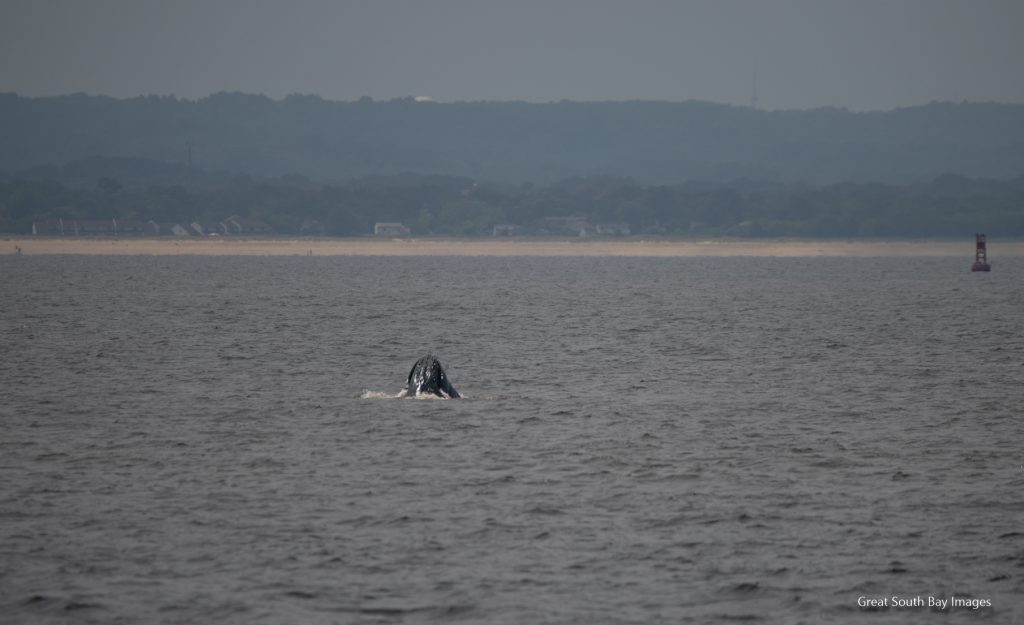 After we got a little closer we noticed some serious scars on the whale that appeared to be propeller damage. 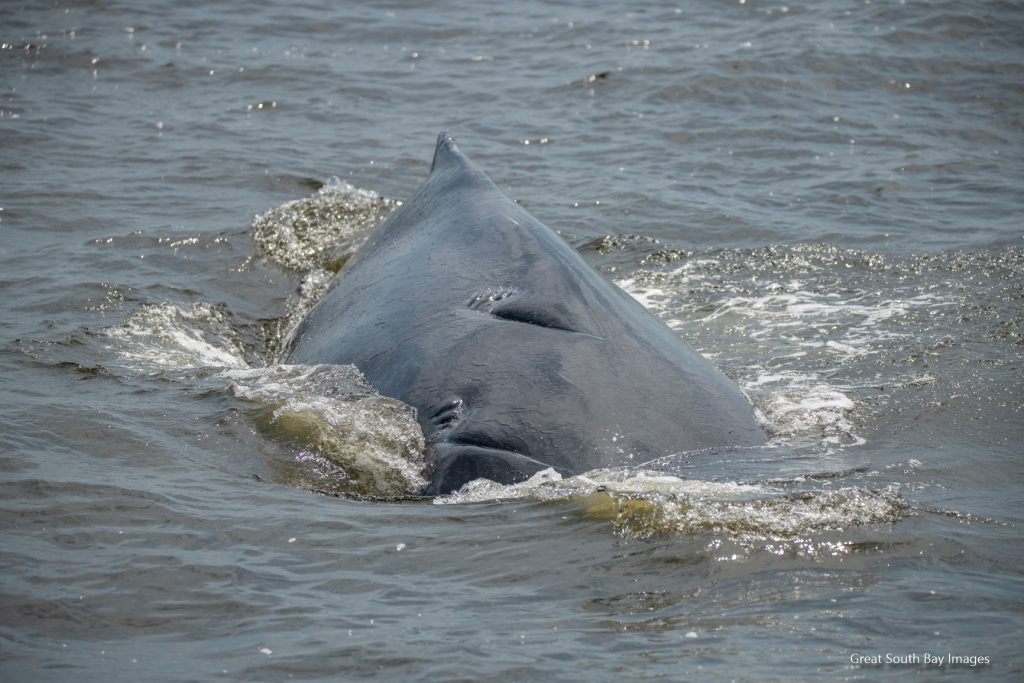 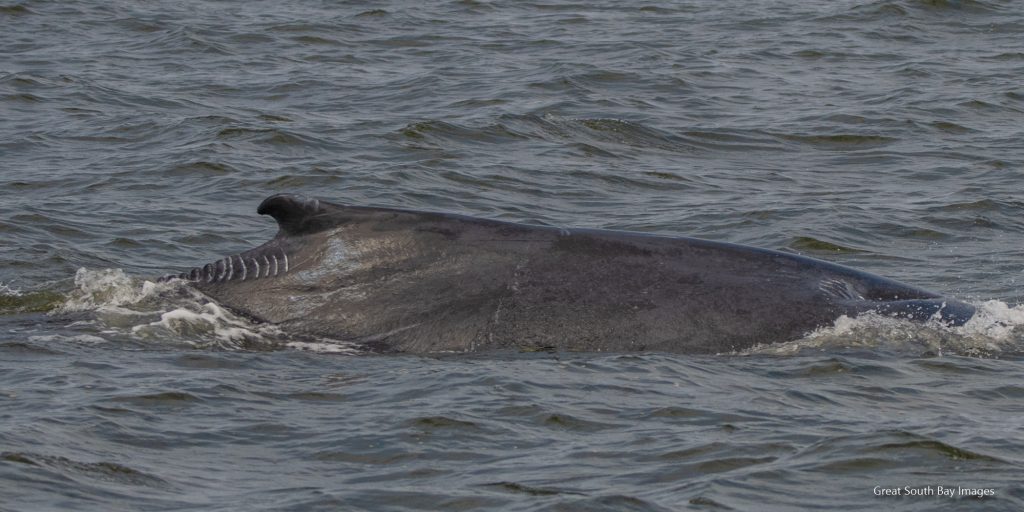 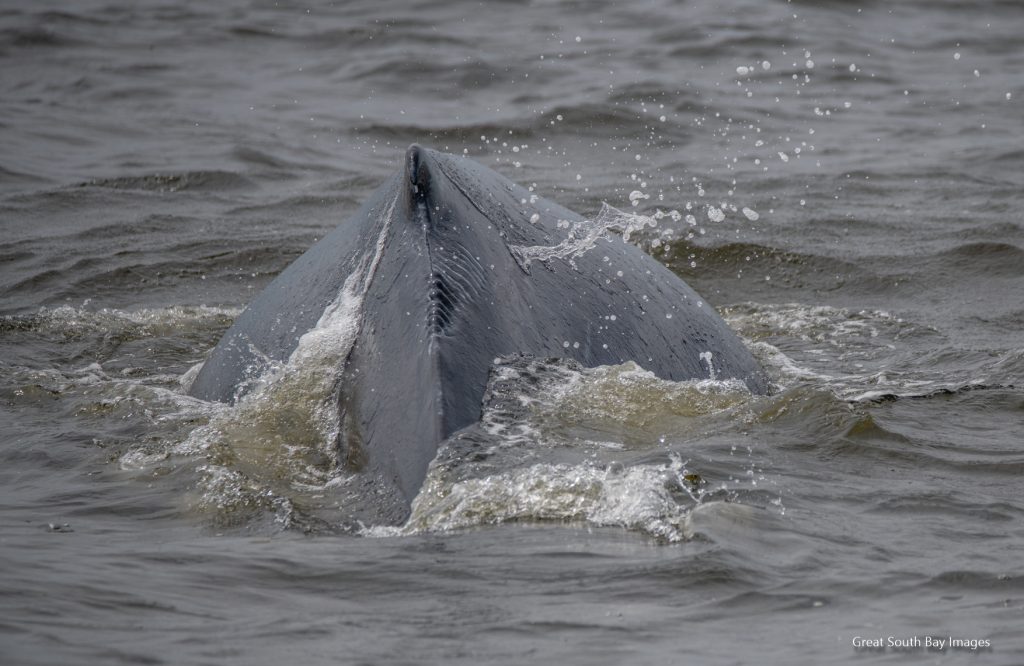 Celia Ackerman, a photographer and the naturalist on board from Gotham Whale, immediately knew this was a different whale than the two seen in the same area the day before.  After checking her notes she realized this was NY0109, last seen in late May.  At that time the propellor wounds behind the dorsal were much fresher but still a very distinct ID marker.  Normally they depend on the fluke for identification but since we were only in 20 feet of water, this whale had no reason to show the fluke which normally appears before a deeper dive.

Here is a photo of the same whale taken by Celia in late May. 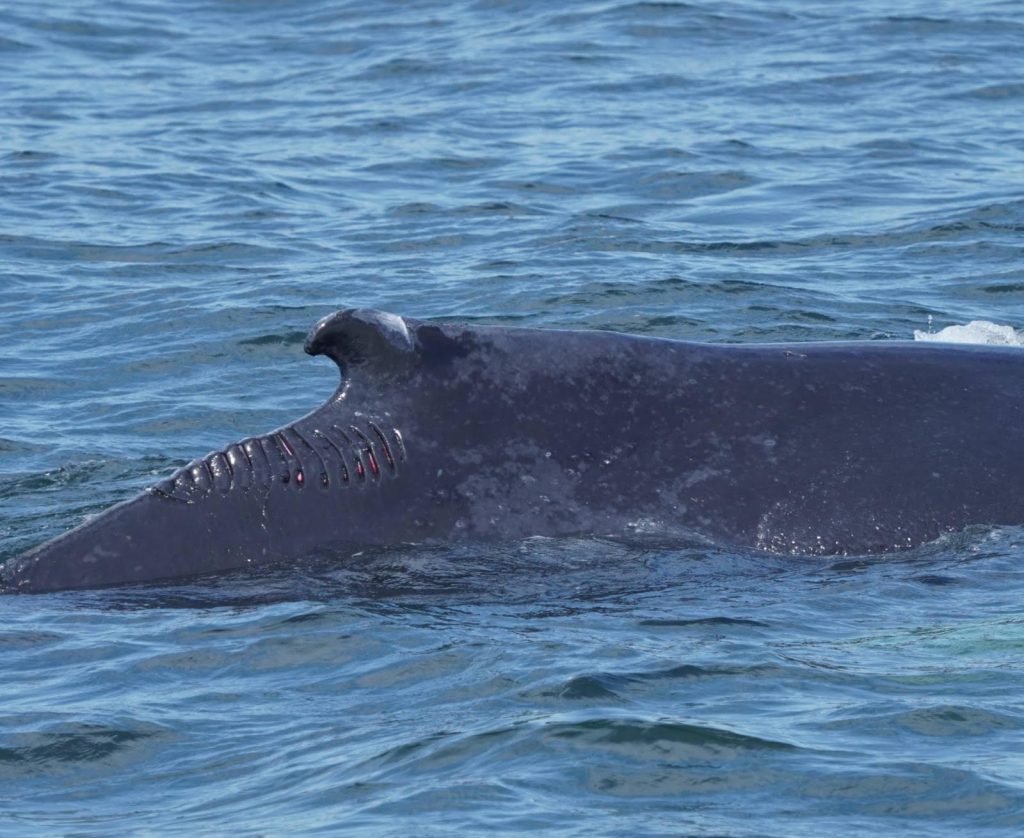 The good news is the whale has healed up nicely and seems to be in fine shape otherwise. 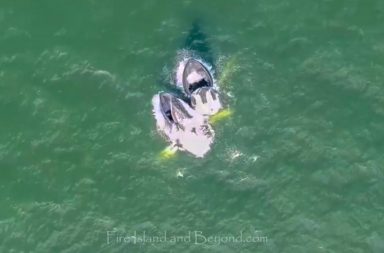