If you were at any of the Long Island Beaches you probably enjoyed one of the nicest days of the year.  As a bonus, the ocean was incredibly clean and clear, looking more like Florida than New York.  I am not sure what accounts for this but perhaps an eddy broke off the Gulf Stream and reached shore.

I took a flight over Davis Park in mid-afternoon, to capture the scene.  The beach was packed so I made sure to stay over the water and not fly over anyone.  I didn’t notice at the time due to glare but there were multiple schools of Menhaden (bunker) right off the beach that you could not see from ground level.   I managed to spot a tight group of fish together and hovered over them at the 1:50 mark in the video above.  There were reports of feeding Humpback Whales earlier in the day but I missed them.

You will also notice some pipes staged on the west end of the beach in the photo below. 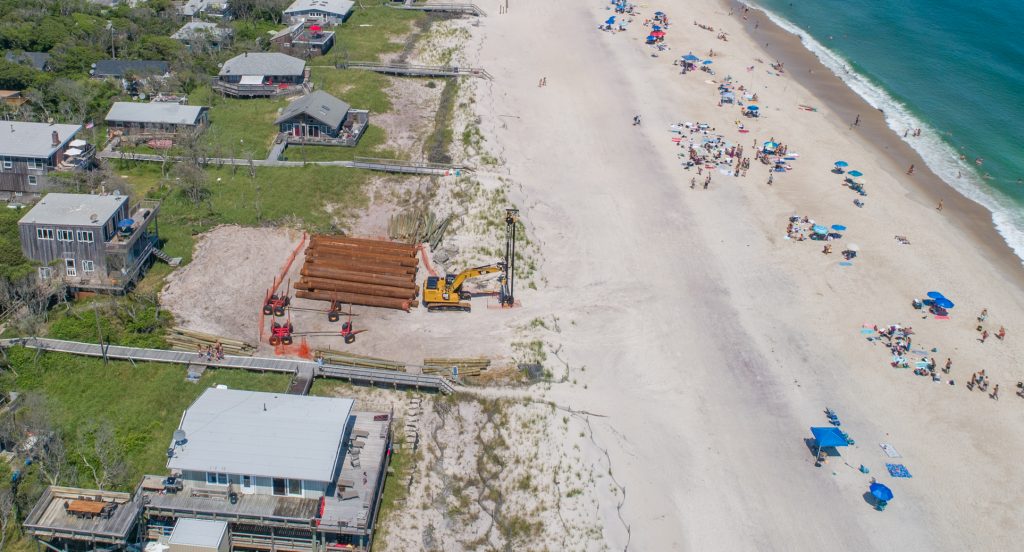 For the last several weeks heavy equipment and pipes have been brought in from the marina and deposited on either end of the beach, preparing for the dune restoration project to be conducted this summer.  This stretch of beach, part of the huge Fire Island to Montauk Point Reformulation Study (FIMP) will finally have an artificial dune built with offshore sand.  After years of delay and removal and repositioning of approximately 10 homes last Winter and Spring the work is about to begin.

At this point, we don’t know how disruptive all this work will be but a safe guess is you won’t be seeing clear water like this once the sand pumping starts.   Once we get some solid information on the project status we will report it here.  Once work starts you will be able to monitor it on the Fireislandandbeyond.com Surf, Beach, and Marina Cams. 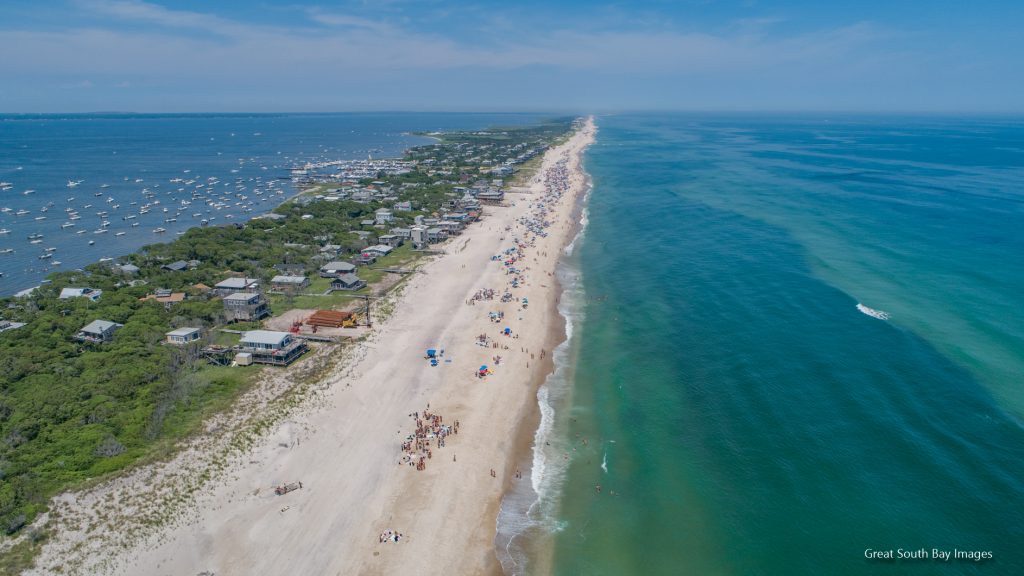 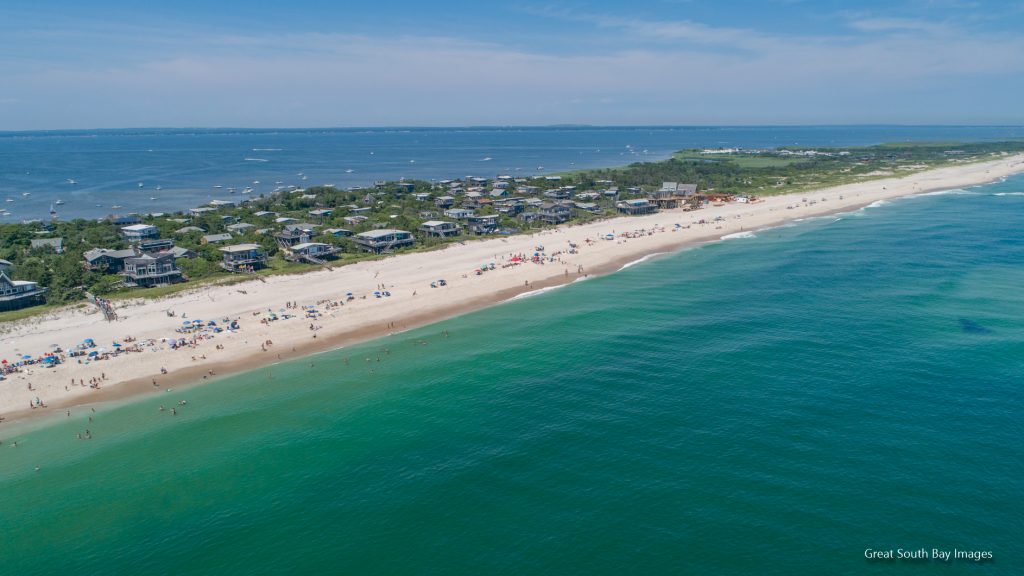 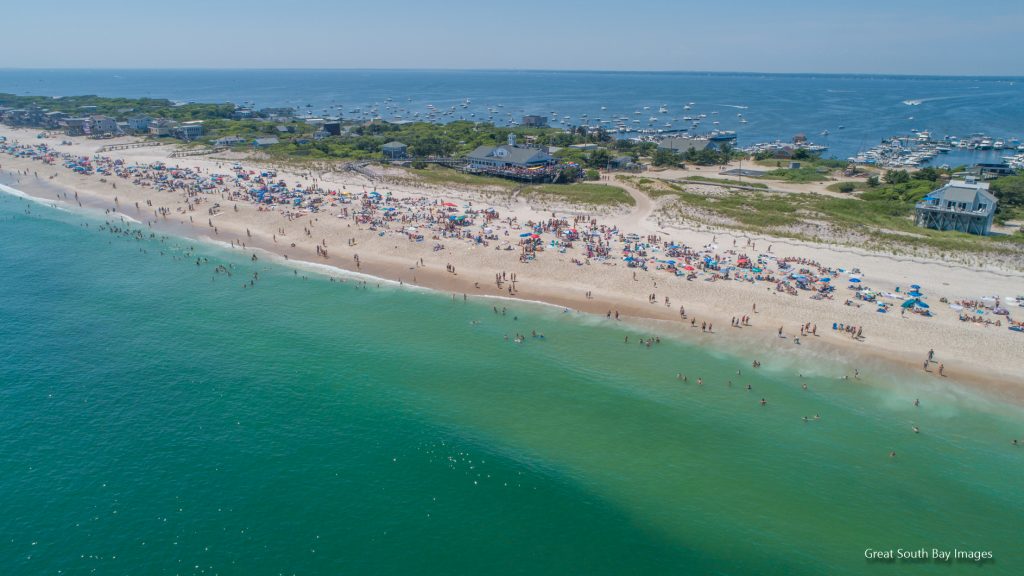 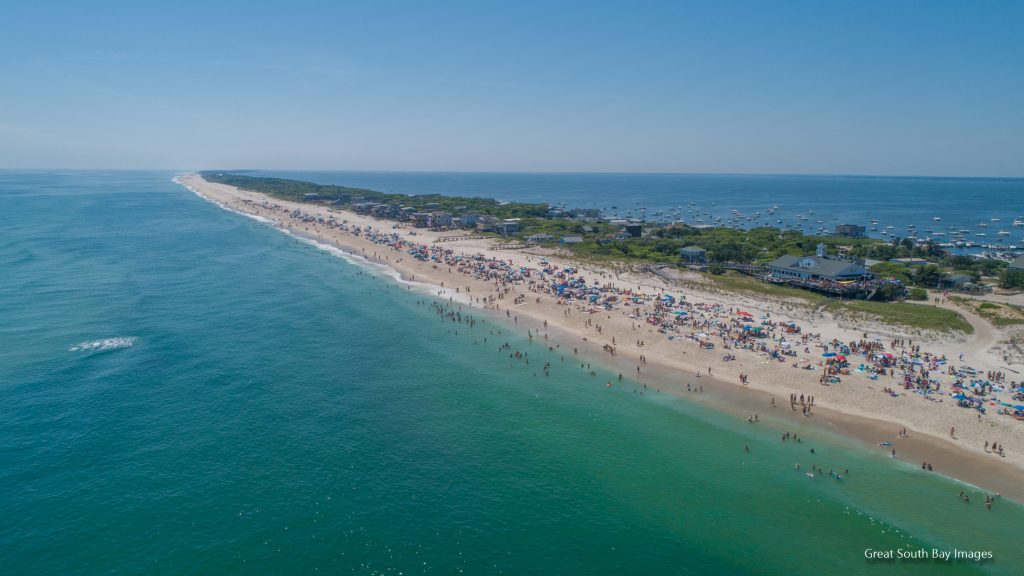 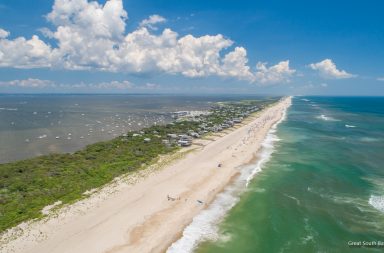