It took a little longer than last year but the cold blast on Sunday night quickly froze most of the Great South Bay by Tuesday Morning.  The Fire Island and Beyond Marina Cam that streams from the top of the Davis Park Casino captured the ice building up starting on Monday morning with a slushy mixture that firmed and grew all day.  By Tuesday morning the entire bay was covered as you can see in the screenshots and time lapse video below. 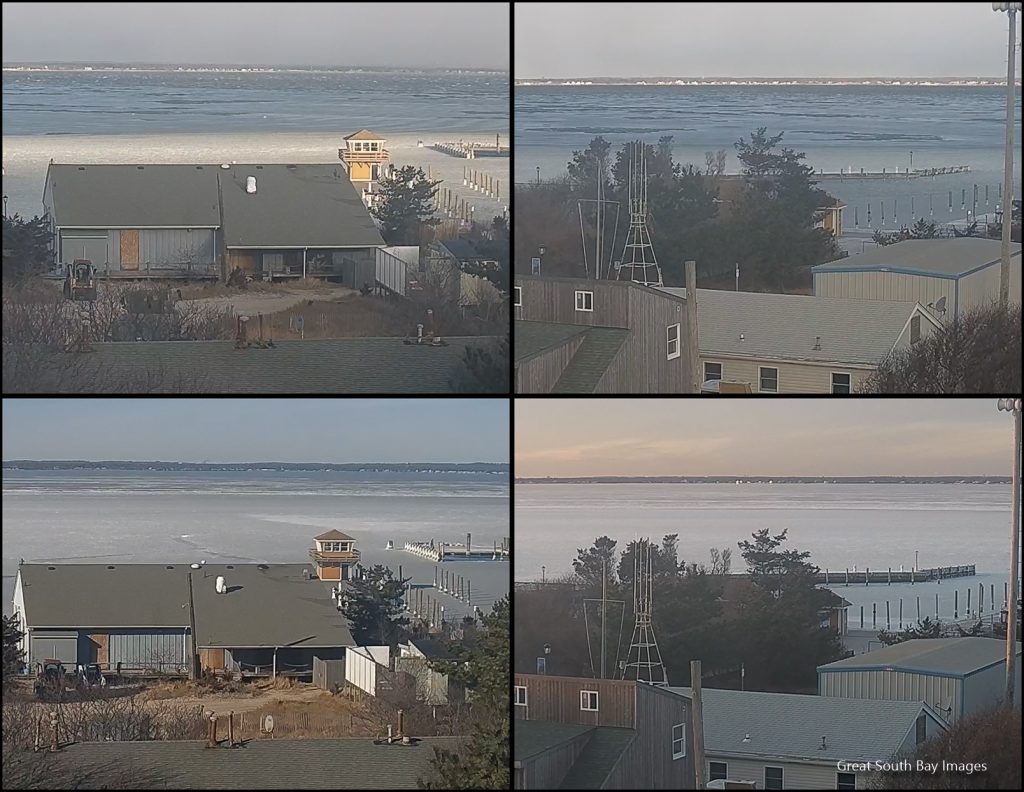 I checked out the bay from shore of Bellport Village and and captured some aerial images and video as well as a few shots from the ground last night just before Sunset.  Although some high clouds moved in, the ice always makes the visibility much better than usual, perhaps with less moisture above the water.  I could clearly make out features like the Fire Island Lighthouse and Robert Moses Bridge with the naked eye.  Enjoy it while it lasts, the forecast calls for rain and the temperature spiking up to near 50 degrees over the next few days. 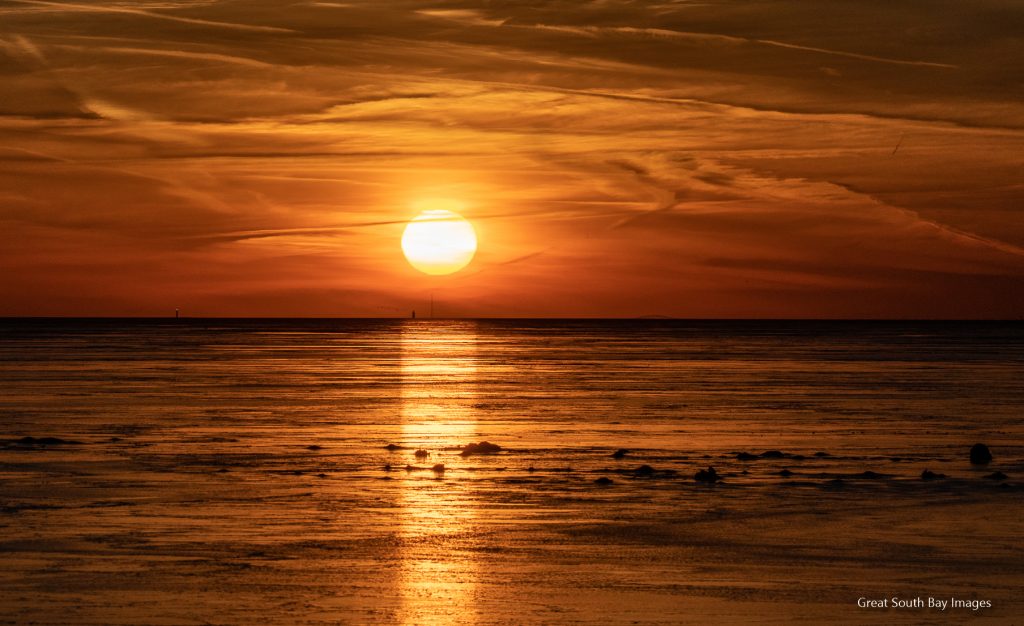 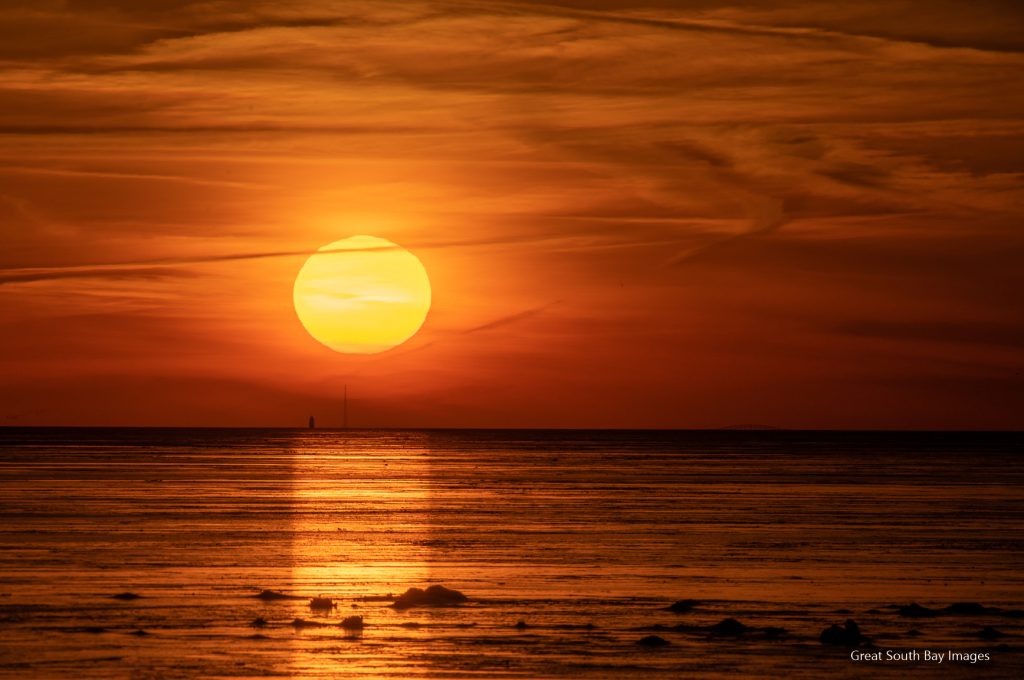 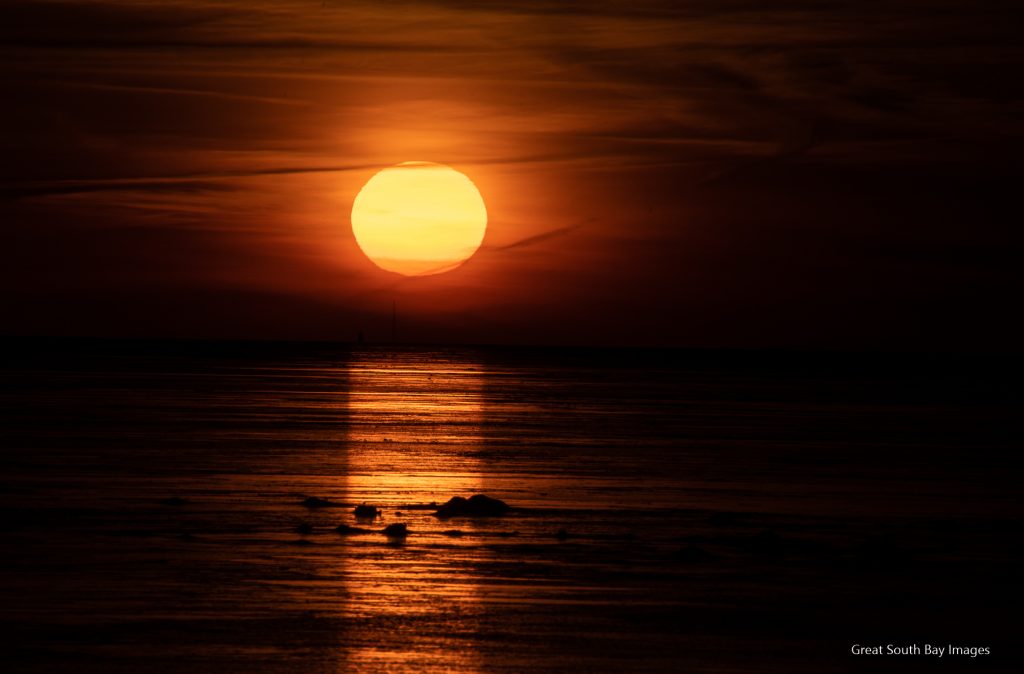 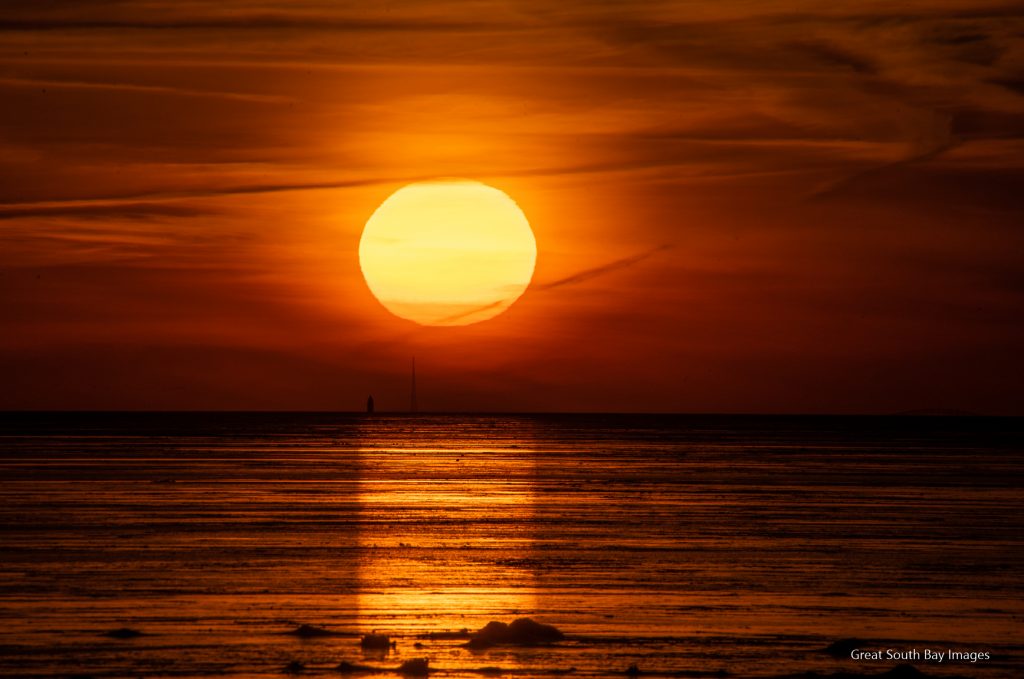 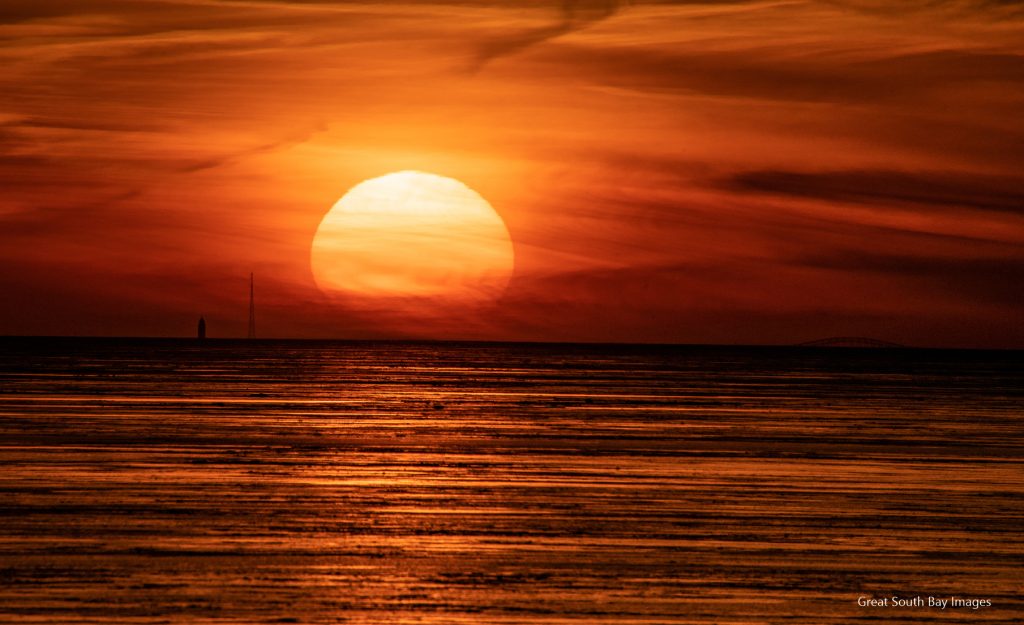 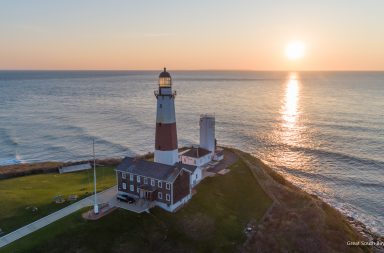