On New Year’s Eve I went to check my boat (yes it’s still in) at Squassux Landing in Brookhaven.  It looked fine but I would have needed waders to get to it as the docks and most of the parking lot were underwater.   I knew we had some coastal flood advisories on Sunday and Monday but those had expired after the latest storm pulled away.   I saw flooding reports from all over the south shore so this was not unique but still surprising.  Below is a shot of the Bellport Dock flooded out. 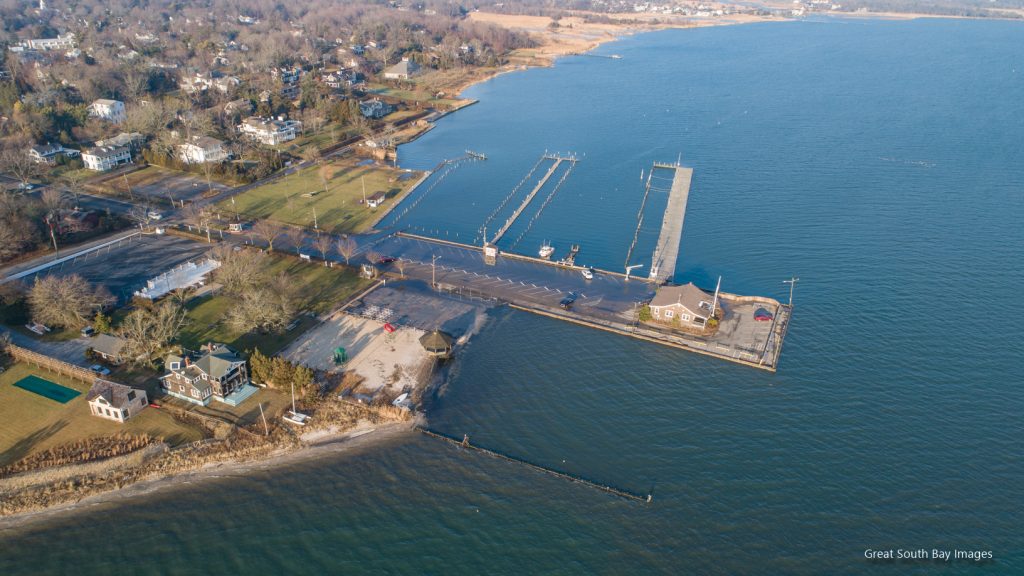 I took a few drone flights and the aerial view gave a great perspective of the marsh on both sides and up Carmans River completely inundated.

I often hear people blame Old Inlet for flooding but from my perspective, the inlet provides an exit valve for extreme high tides.  Before Sandy, this marina would flood just as bad after a few days of sustained winds out of the west.  Now flooding is typically associated with storm tides.  I am sure the debate will continue but that is my two cents.

I took the first drone flight around 2:30 p.m. and another about an hour later as the clearing skies made for some beautiful light over the scene. 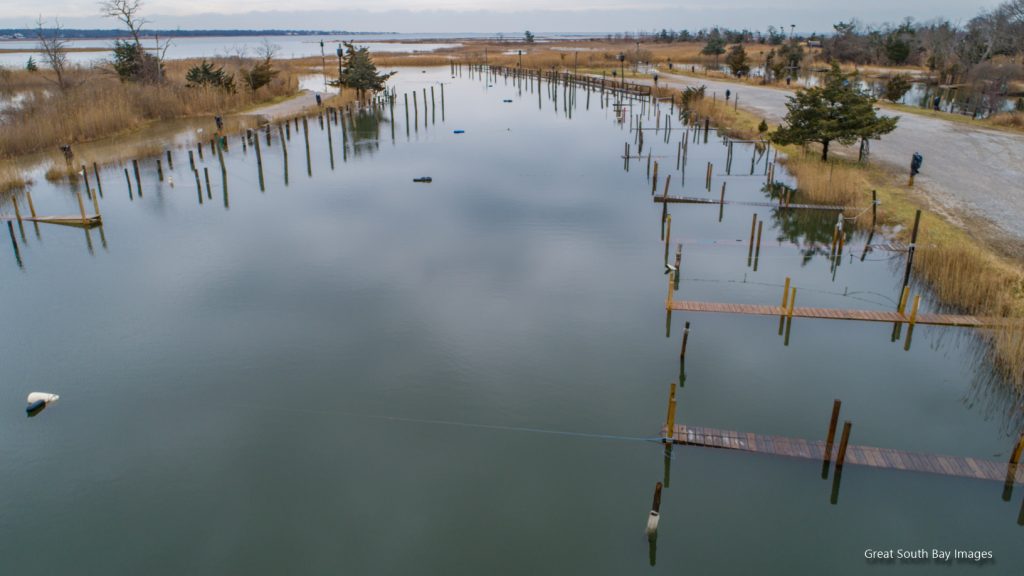 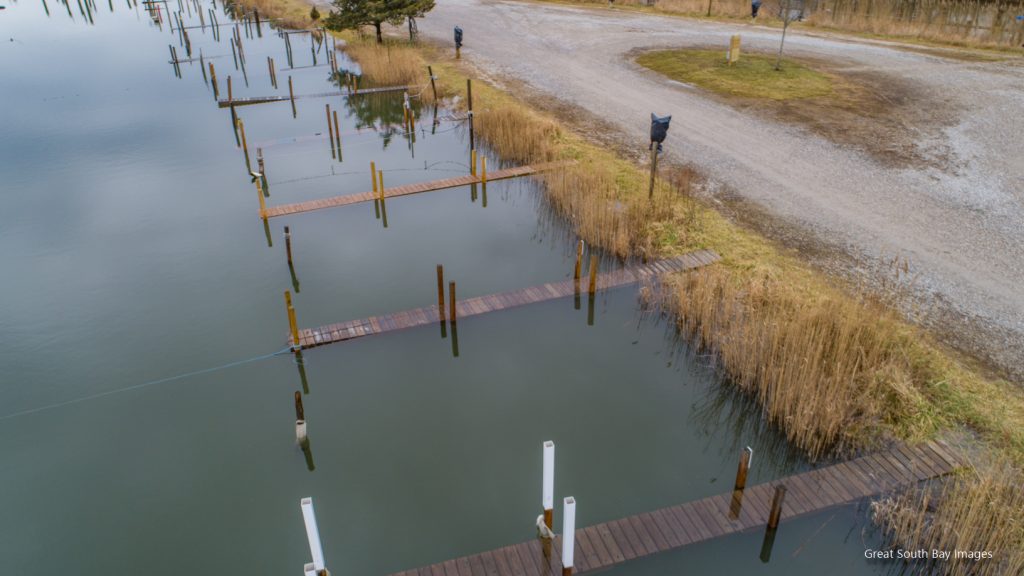 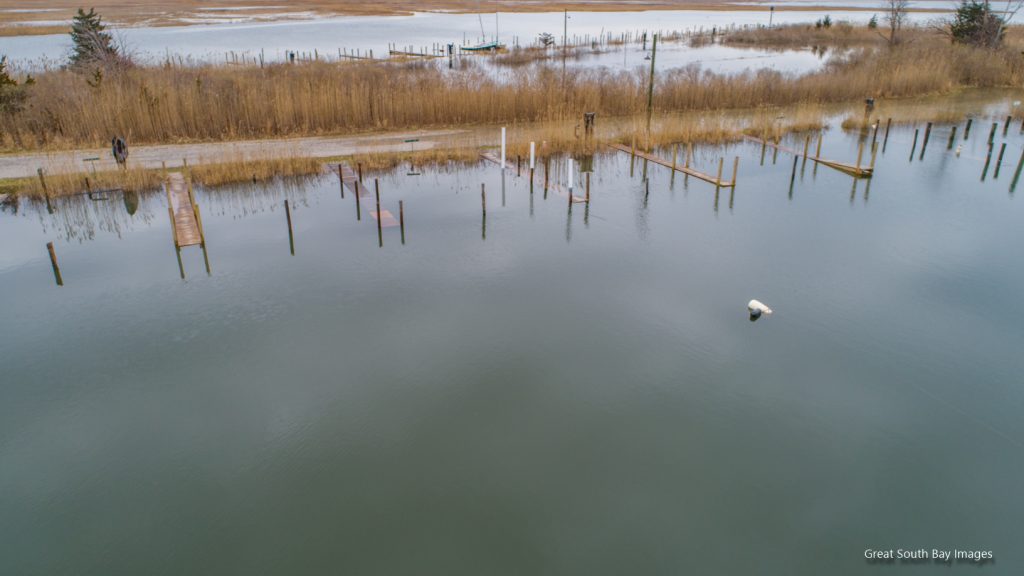 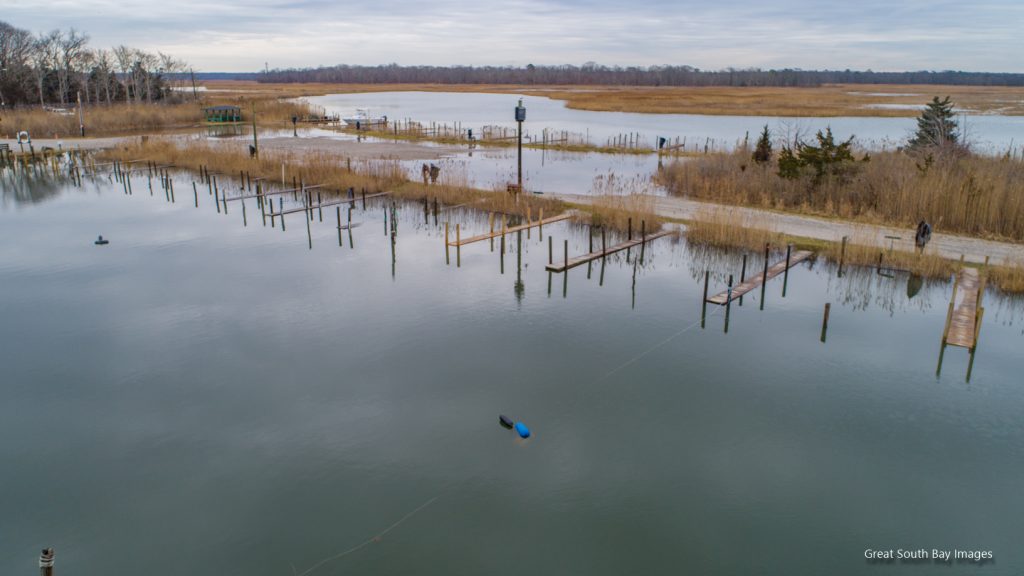 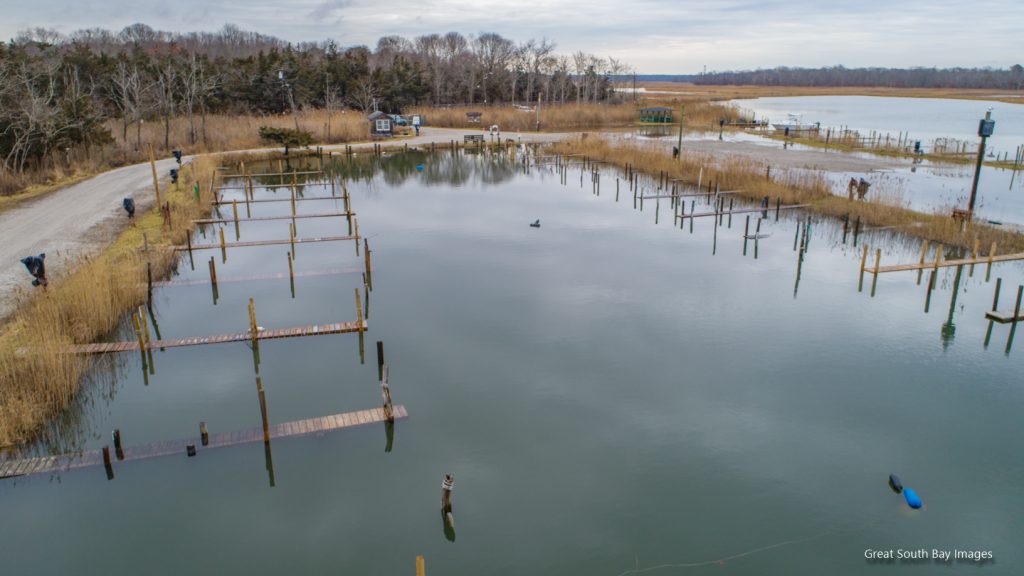 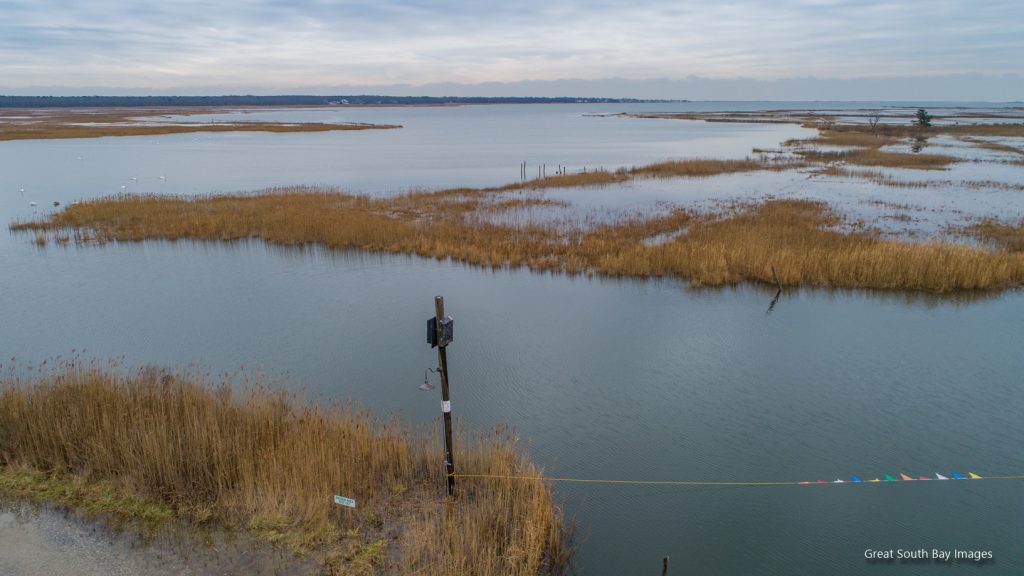 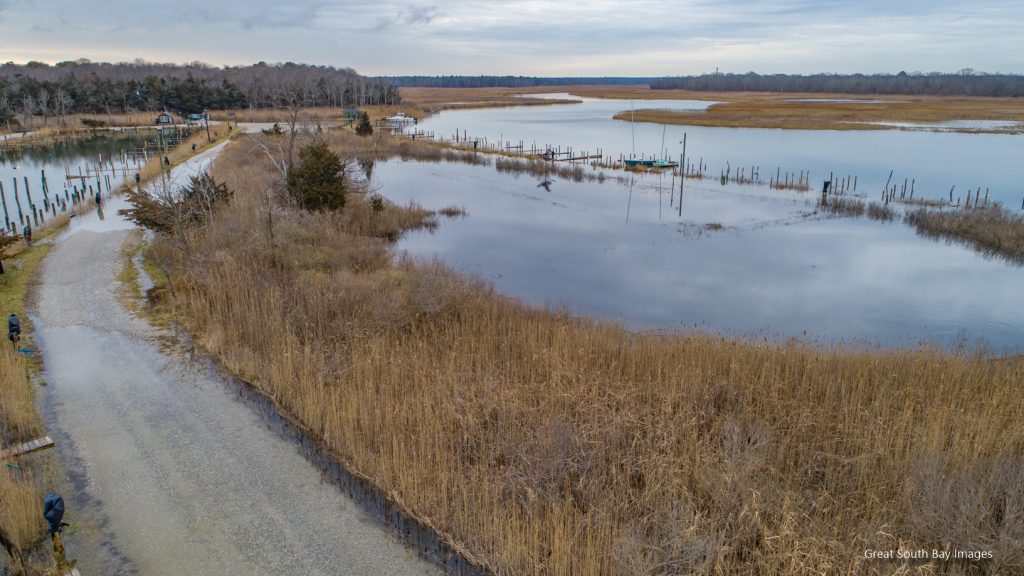 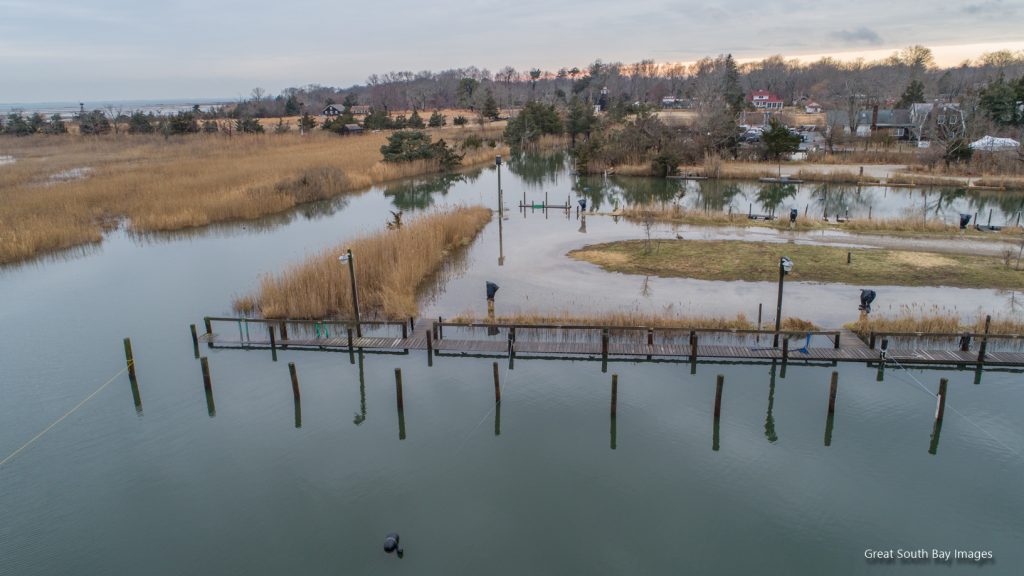 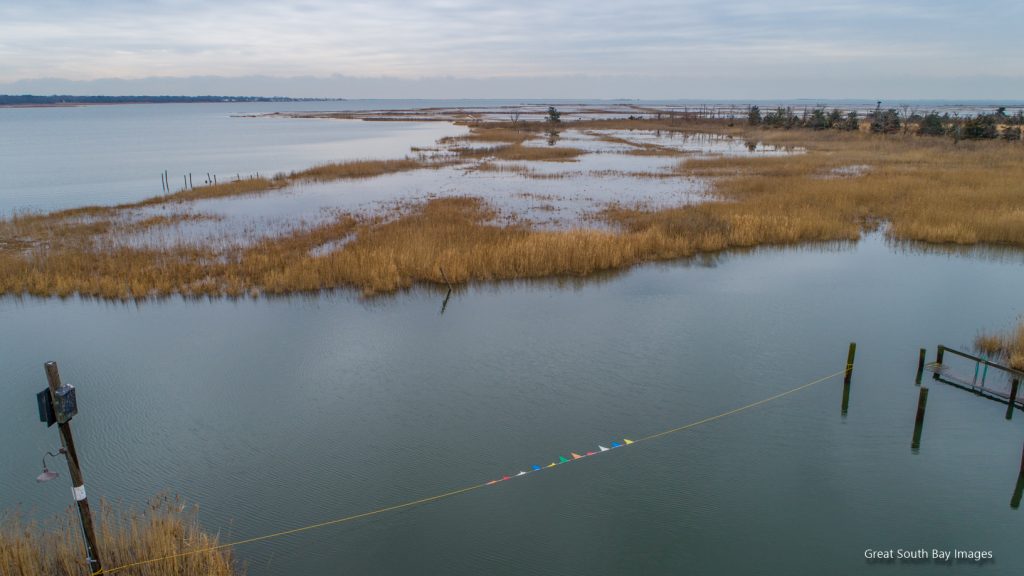 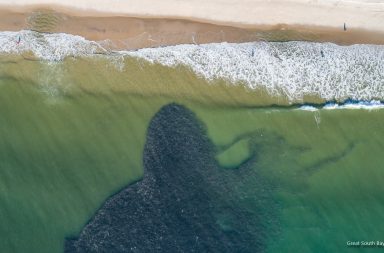