The local effort by Suffolk County and Southampton Town to shore up Dune Road near Shinnecock Inlet is wrapping up.  The dredge is gone and finished pumping as of Sunday.  Crews spent the rest of the week grading the sand and cleaning up the beach.  I was on scene on Friday morning when a large truck pulled up to remove some of the equipment.

This may turn out to be just one phase of the project as the Army Corp of Engineers has been asked to move their bigger equipment in for much larger dredging operation backed by the Federal Government.  As you can see in the video above and photos below, there is a new berm and some new beach protecting Dune Road but it still looks vulnerable right in front of the winter storm season.

Week’s Marine is already in the area, with an ocean dredge working just off the beach in Quogue.  The RN Weeks, a trailing suction hopper dredge, is working as part of the long term Fire Island to Montauk Project.  Click here for a summary of what they are doing.   Below is a map showing where the ship has been working for the last several days.  Local politicians including Lee Zeldin and Chuck Schumer have requested that this equipment can be deployed as soon as possible. 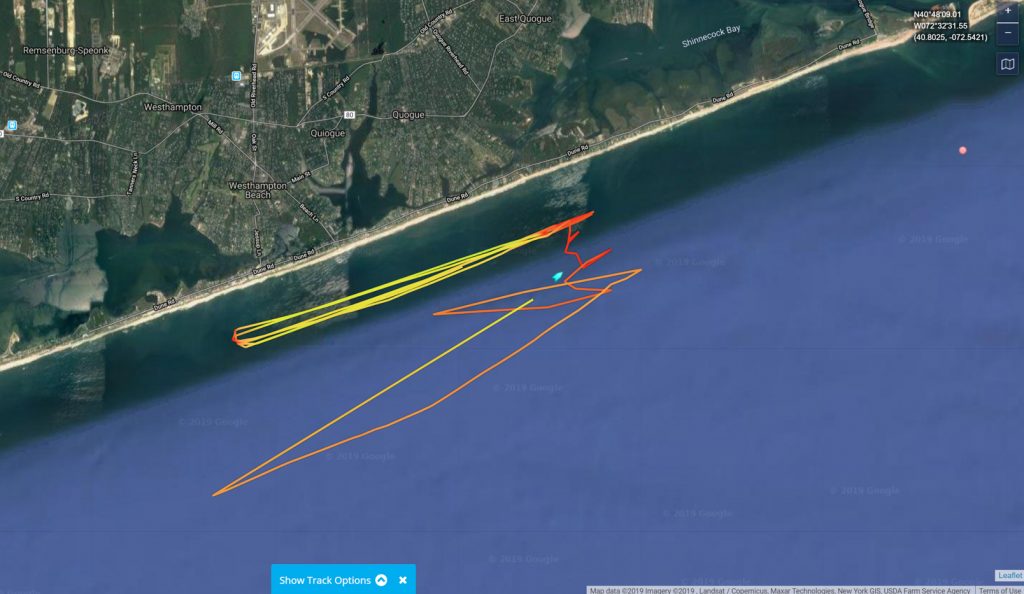 The photos on the four pages below were all taken just after sunrise, Friday December 6th. 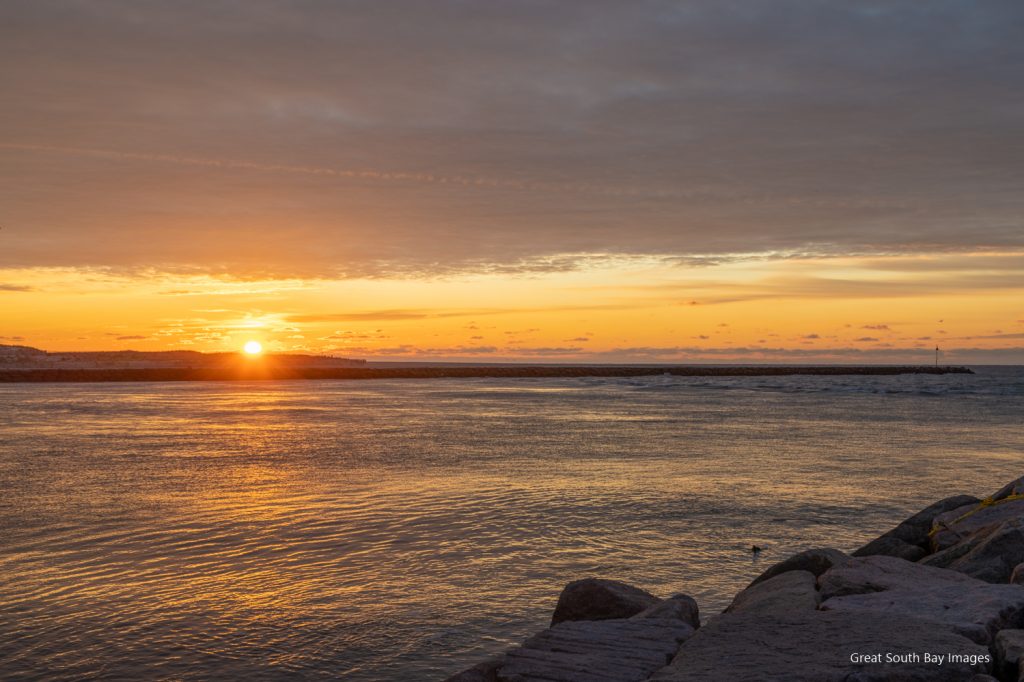 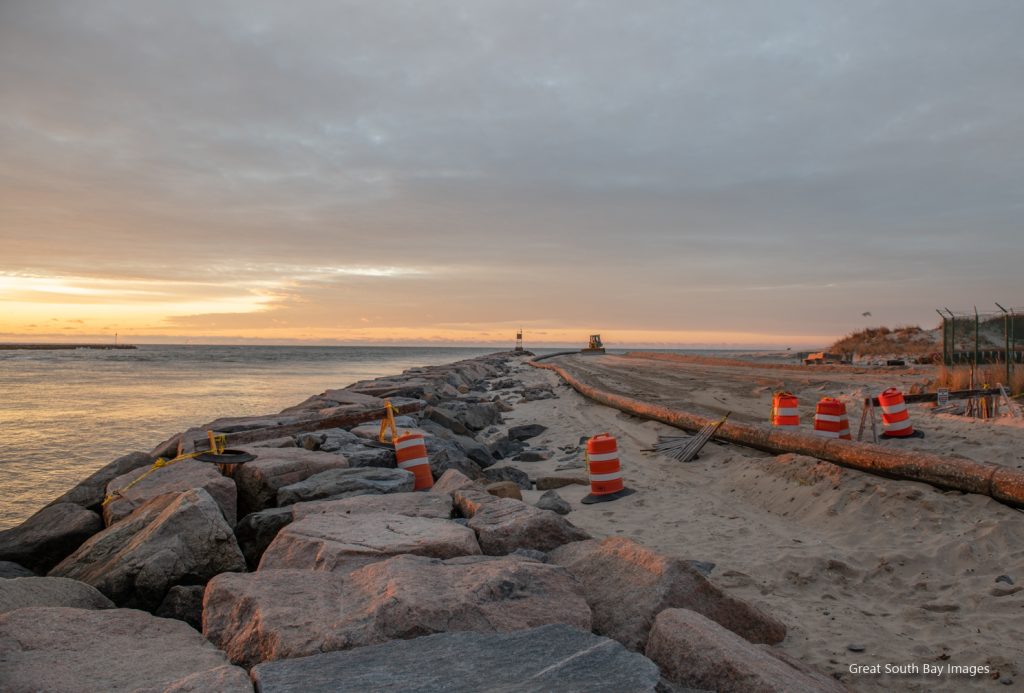 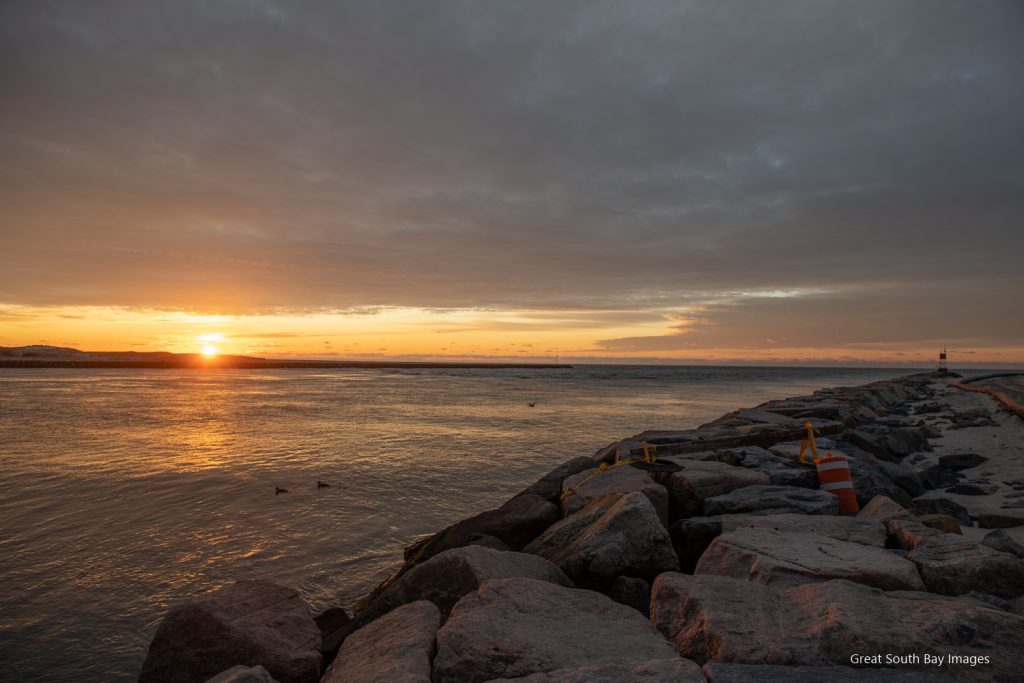 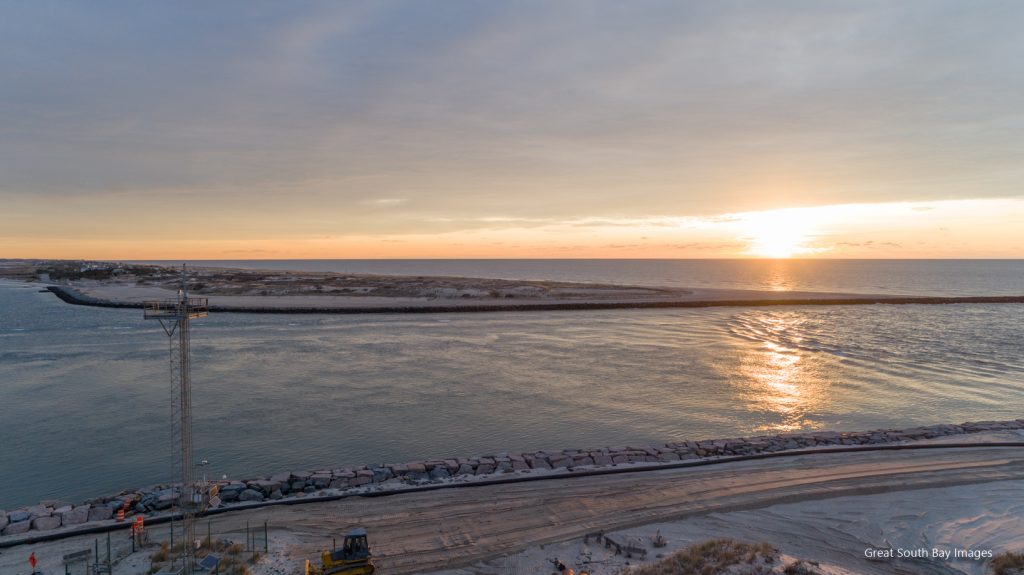 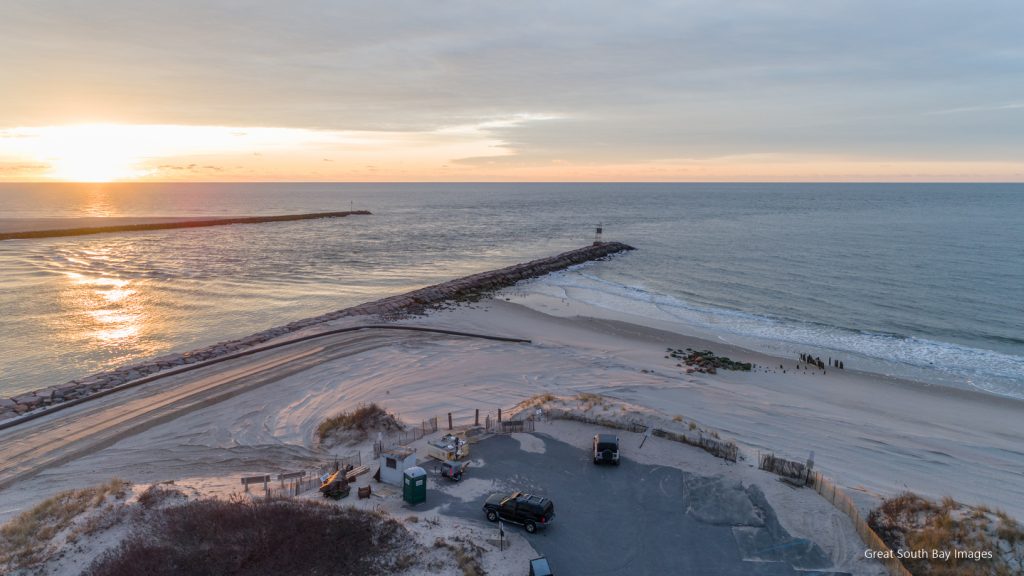 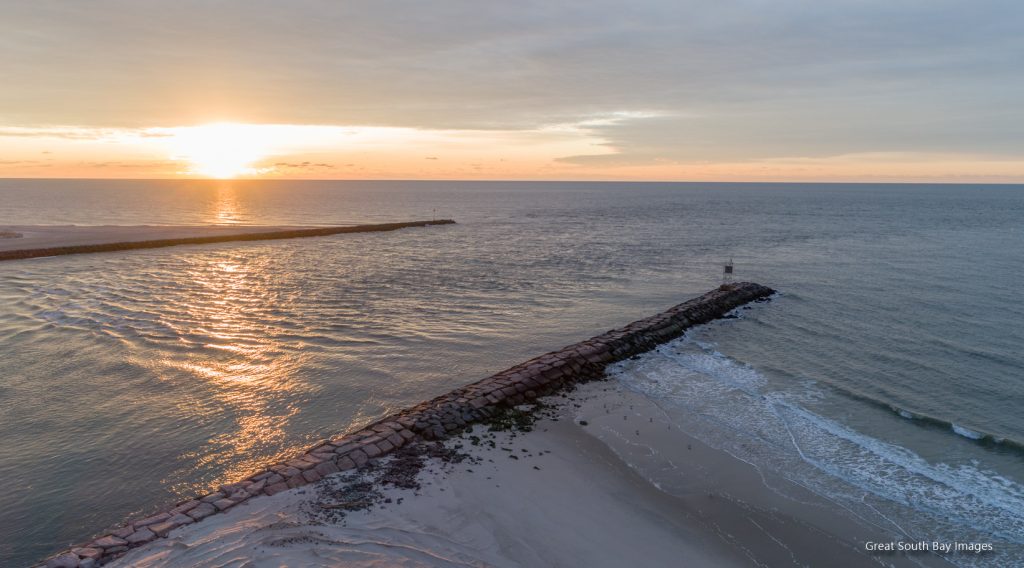 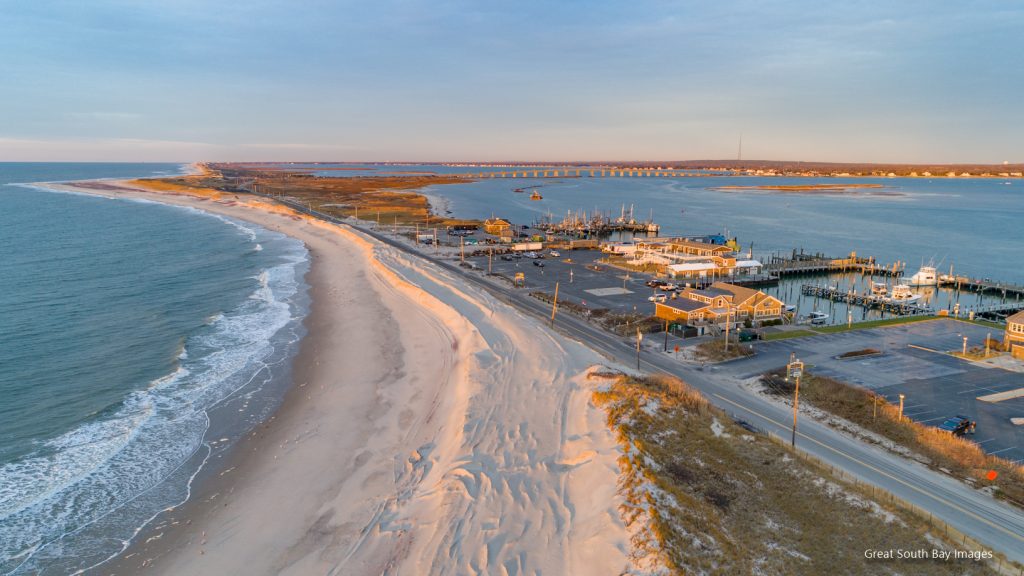 Photos and Video: Another Breach of Dune Road at Shinnecock Inlet 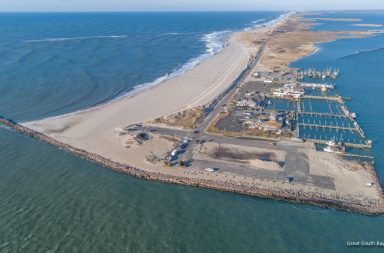