Yet another storm coupled with high tide has once again threatened the eastern end of Dune Road near Shinnecock Inlet over the weekend.  Around 10:00 p.m. Saturday night a 30-foot section of the new berm was washed away near the Commercial Dock.

This happened despite Suffolk County just wrapping up an emergency dredging project in November that pumped 90,000 cubic yards of sand on the beach.  It appears that a good portion of that sand has now washed away, leaving the area still vulnerable before the Winter Storm season.

Suffolk County and Southampton officials are still hoping the Army Corps of Engineers will send in heavier equipment working off Quogue for some emergency dredging help.

Fire Island and Beyond has been covering this throughout the Fall, click here to see some earlier videos and galleries of the situation as it has evolved.

Rodger Hubbard took the shots below on Sunday Morning.

Later in the day my friend Bowman Prendergast launched his drone despite the gusty winds and got some great footage in the video above. 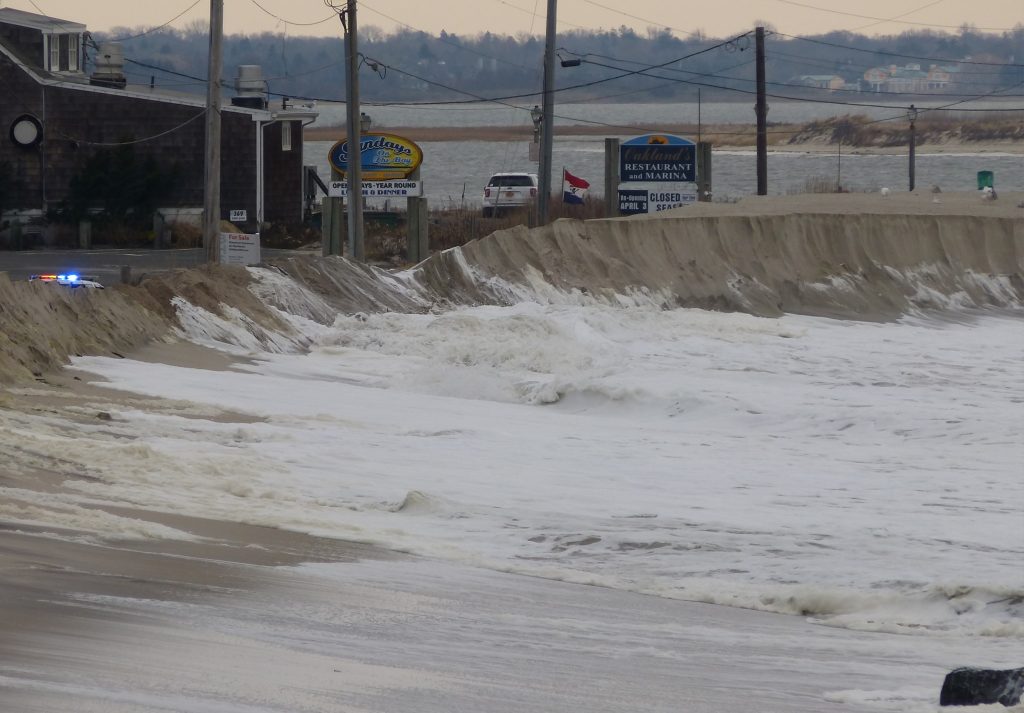 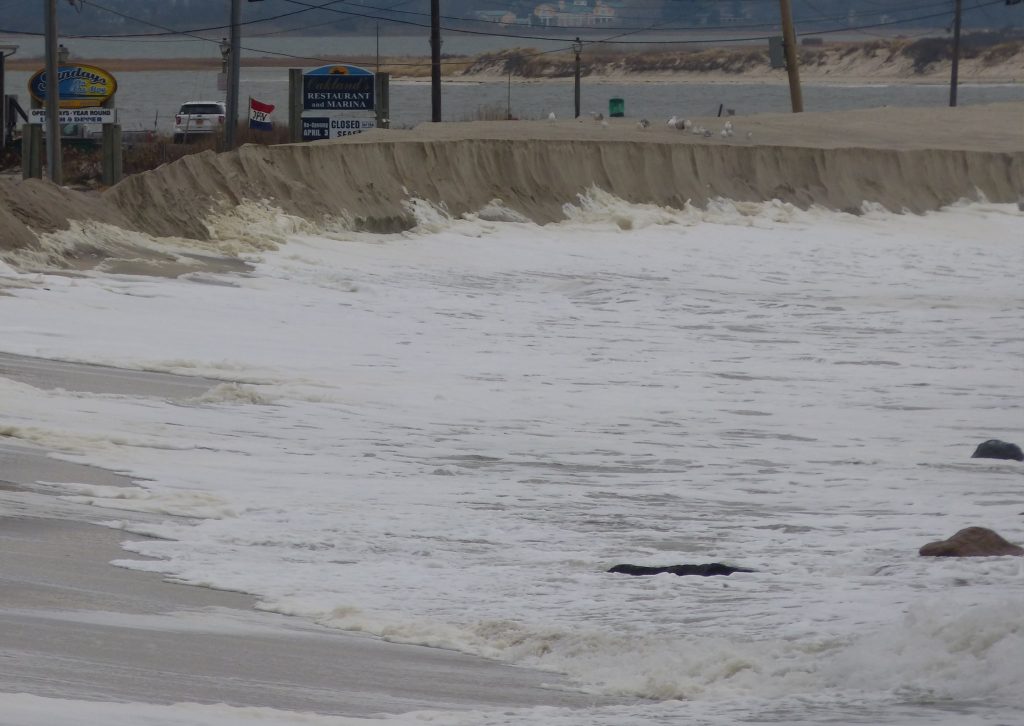 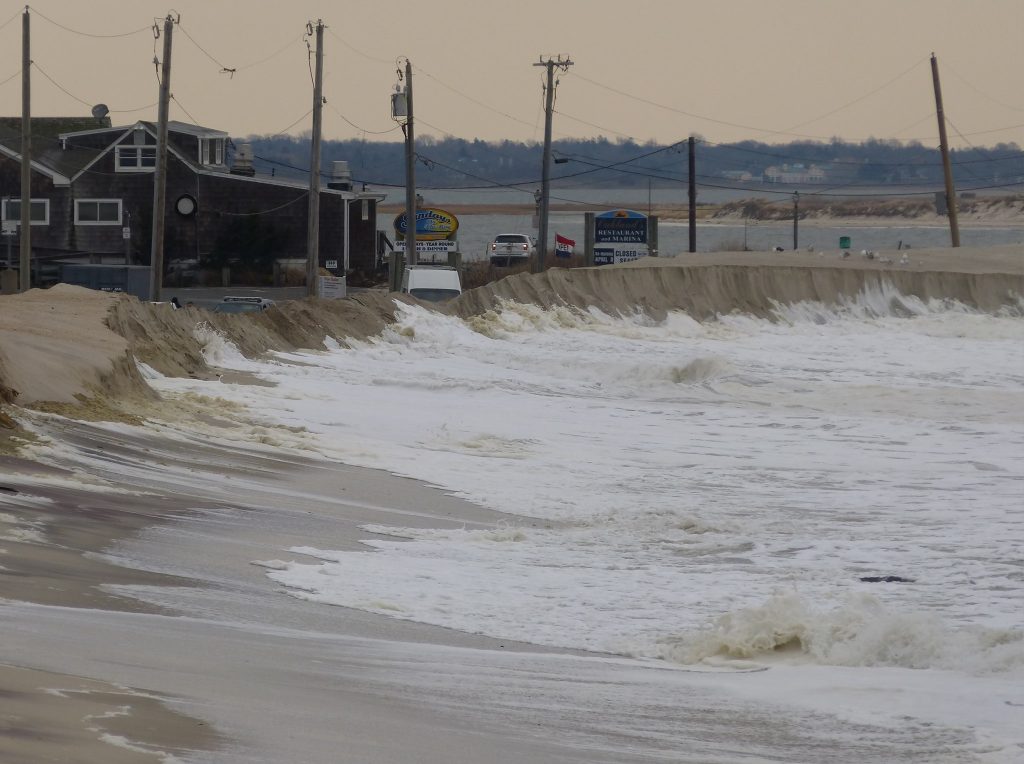 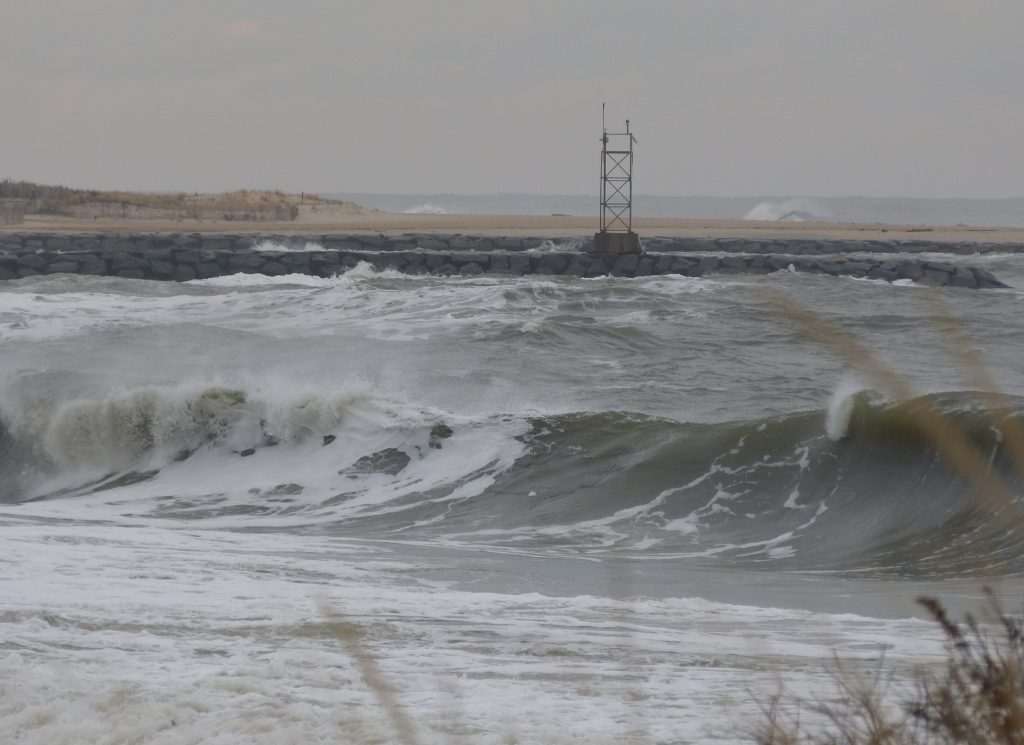 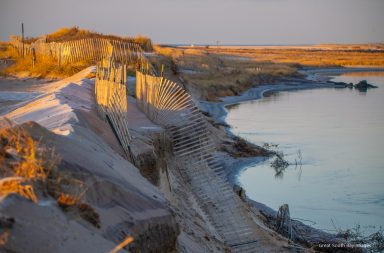