The CRESLI/Viking Fleet Montauk whale watch of 7/9/17 was an amazing trip, even better than last week’s.

We saw 11 fin whales, 500 dolphins, a loggerhead turtle, an ocean sunfish and lots of action and pelagic birds. We were headed to a spot where we had reports of whales ,around 15 nautical miles away, but began to find whales closer. Our first whales were a cow/calf pair with the calf logging (sleeping) at the surface and the mother was searching for food. This exact pair we had seen a week earlier 10 miles to the southwest. The calf was logging (sleeping) just under the surface. After a while with them, we headed further out and found another cow/calf pair that were staying close to each other as we would expect because the calf was small and young, diving together, swimming together. The calf decided to come close and roll over next to us and look at us, then swim across our bow twice. Mom decided to swim between us and the calf, the calf swam around mom and moved next to us again. We left them to find yet another cow/calf pair and then several other singleton fin whales. These whales were joined with 500 short-beaked common dolphins. All were feeding . One fin whale came up and did a sideways surface feeding lunge. We found and stayed with another cow/calf pair until it was time to head back even though we were surrounded by fin whales in all directions all around us. Everyone had a great day!
Totals
11 Fin Whales
500 Short Beaked common dolphins
1 Loggerhead turtles
1 Ocean sunfish
300 Great shearwaters
300 Cory’s shearwaters
10 Sooty shearwaters
1 Manx shearwaters
100 Wilson’s storm petrels.

Sunday we still have openings for a special 36 hour trip to the Great South Channel, details below.   For more info please visit the Viking Whale Watching Site for more info and reservations. 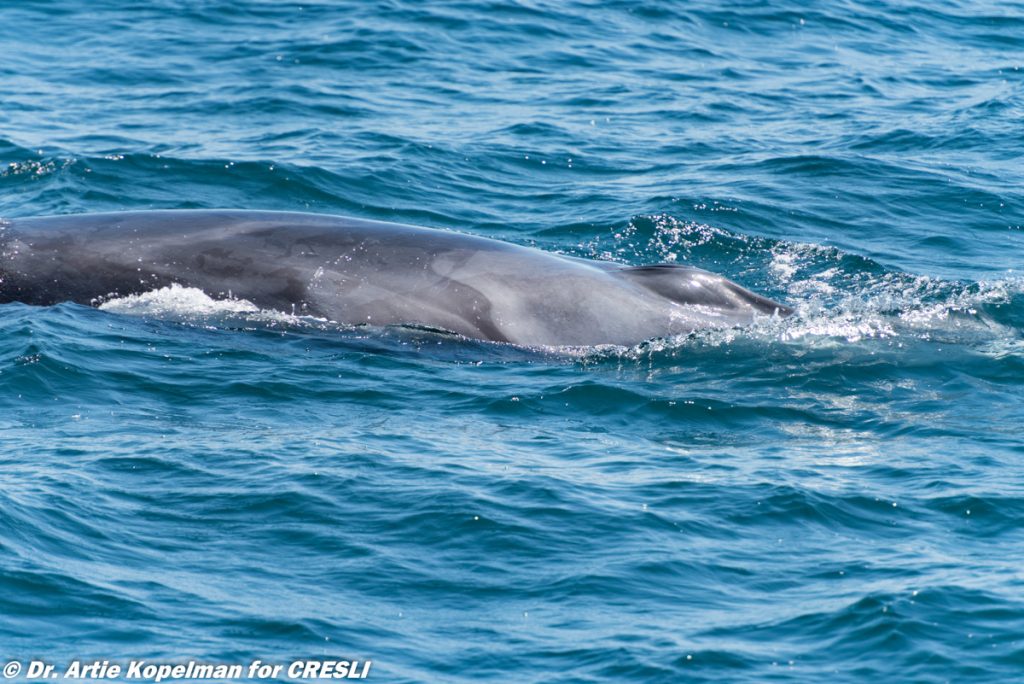 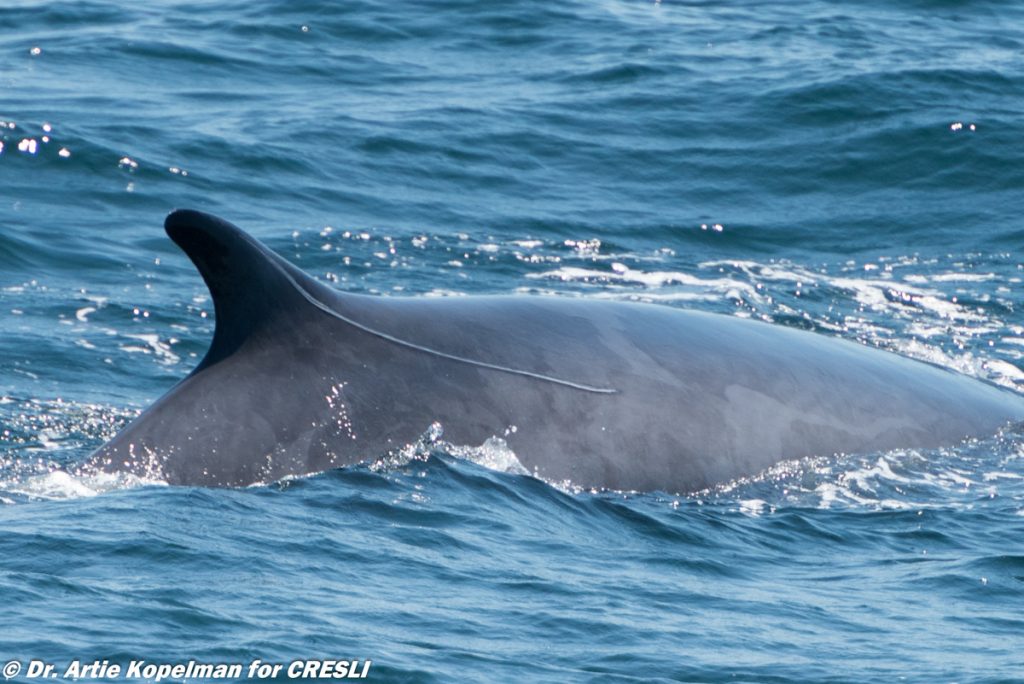 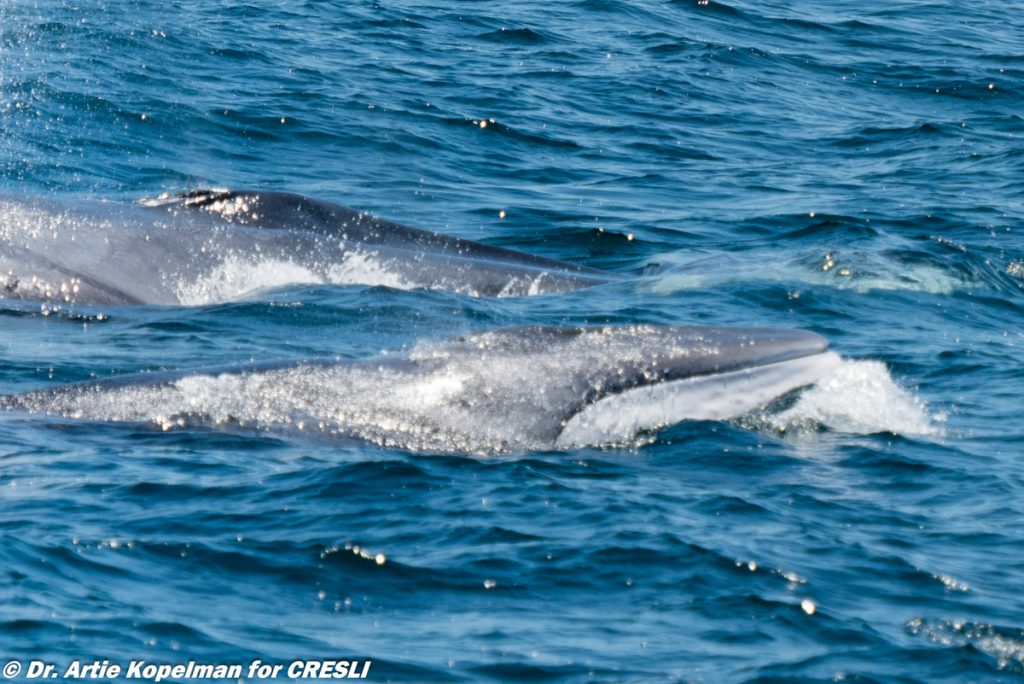 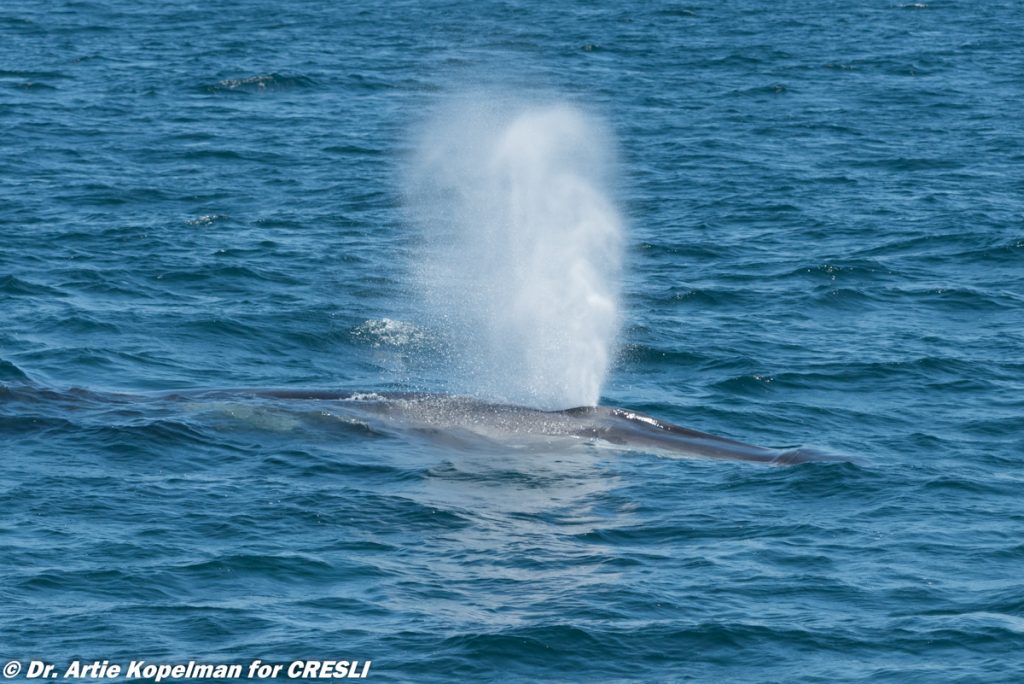 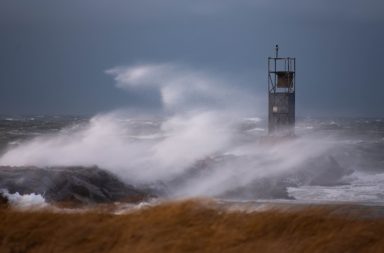