Had another great day out with Captain Paul Peluso and Jimmy Romano on the Mama Mia on Wednesday looking for Big Striped Bass.  When Paul invites me out I make sure to clear the decks, the last few times on his boat are days I will not soon forget.   Last December we caught and released over 100 Stripers off Fire Island and in November we had a blast following two tandem feeding Humpbacks in the same area.

The plan on Wednesday was to head out of Moriches Inlet and look for the bunker (menhaden) and the Striped Bass that would hopefully be gorging on them.  As we broke the inlet we heard some reports of fish up to 50 pounds already caught both east and west of the inlet and decided to head west.   We didn’t see anything until we passed Old Inlet when we came upon our first school of bunker.  We quickly snagged a few and threw some plugs with no takers.  We also had a Humpback Whale surface about 50 yards from the boat but he dove and gave us the slip, never appearing again!

During a lull in the action I launched the drone to get a bird’s eye view of the bunker. 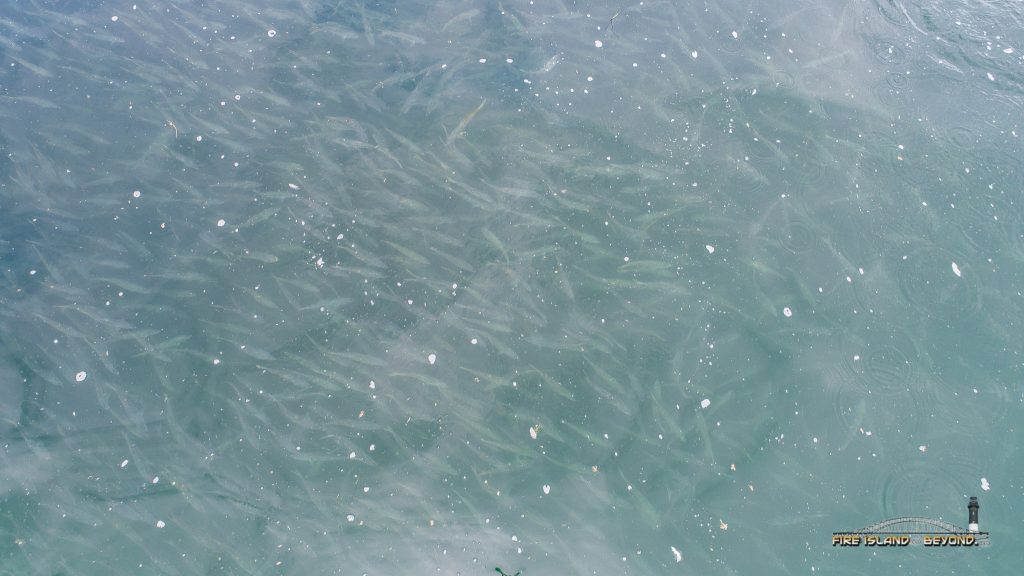 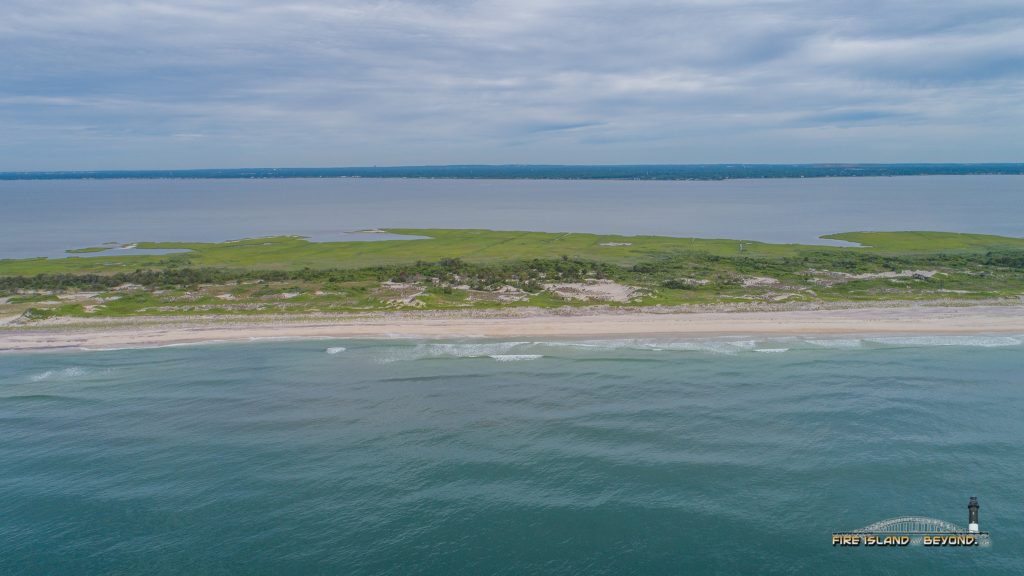 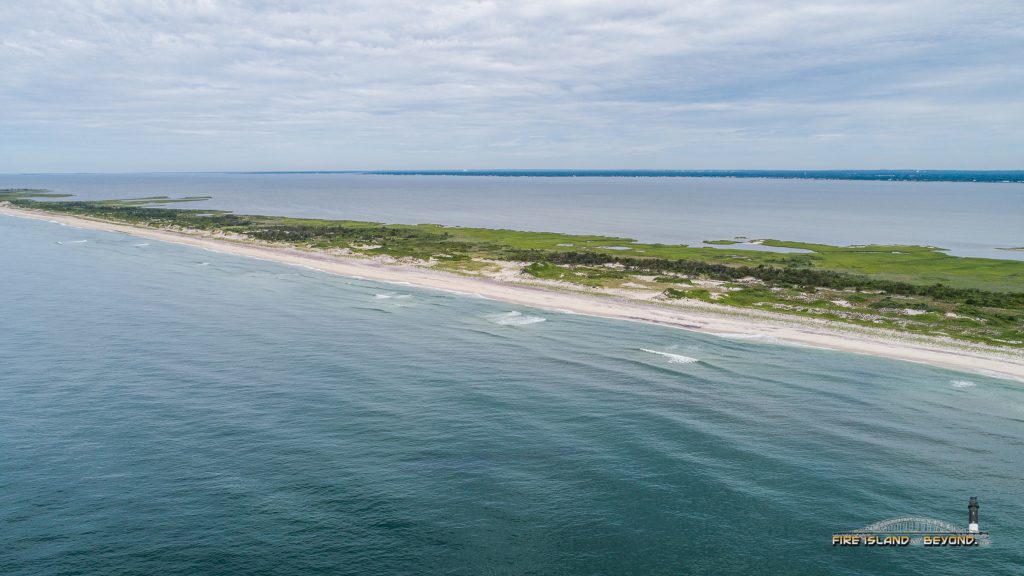 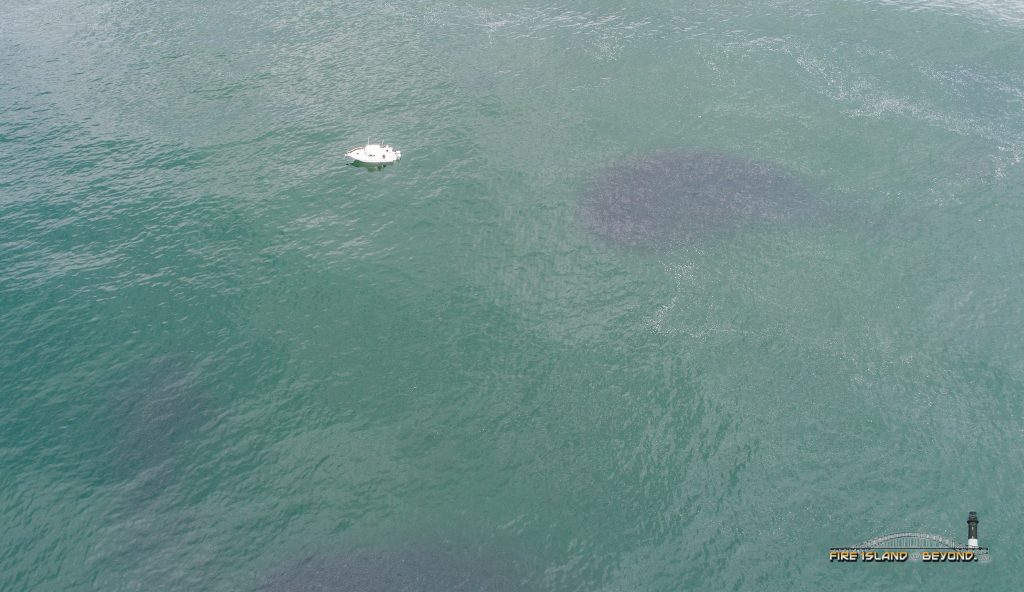 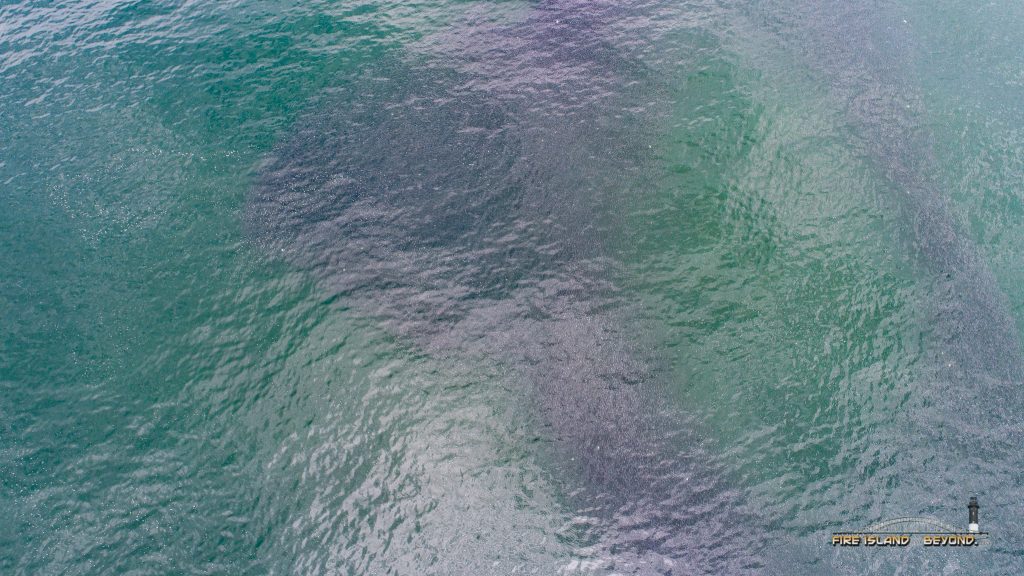 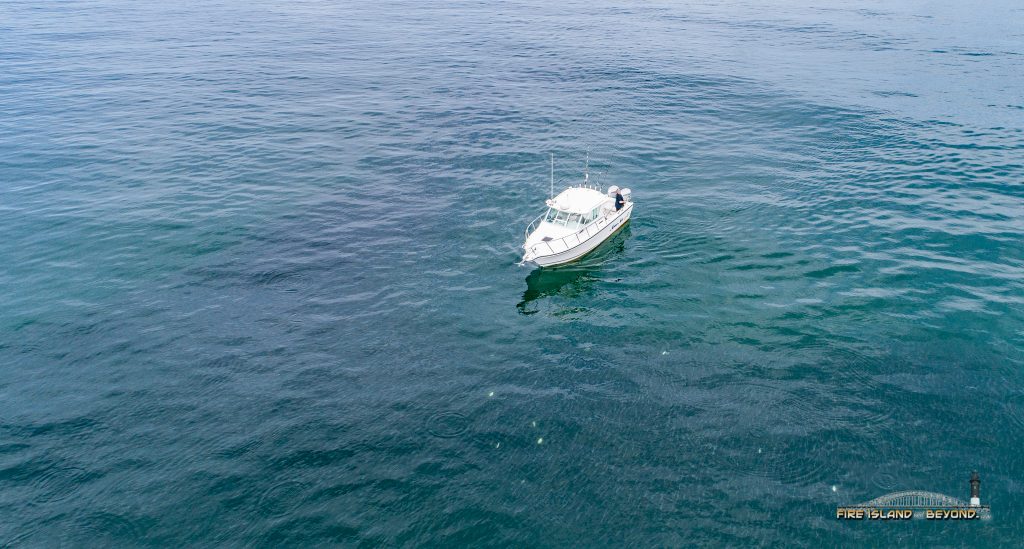 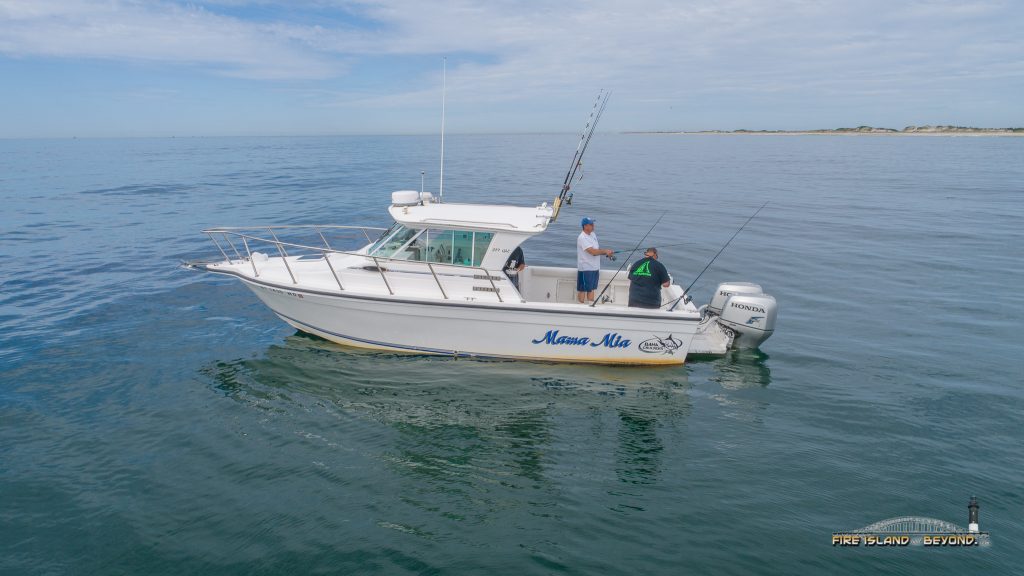 We fished hard for several hours but either the fish were full or they just weren’t around.    Paul has a great network of fisherman that he works with and got a call to head east toward Westhampton where some big fish were being landed in 2o feet of water.  That meant a quick stop back inside to gas up and head back out for round 2. 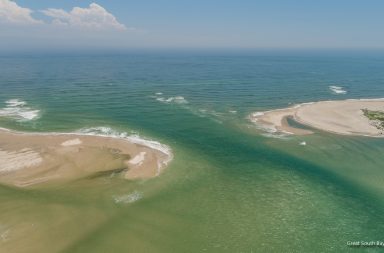