On September 12th, The Atlantic States Marine Fisheries Commission hosted the New York public hearing on Draft Amendment 3 to the Atlantic Menhaden Fishery Management Plan.  Like many fisheries hearings, it was crowded.  However, unlike many fishery hearings, the stakeholders were diverse, friendly, optimistic, and agreeable.  Whale watchers, baymen, charter boat captains, bait dealers, sport fishermen, scientists, bird enthusiasts, students, and conservation advocates listened to each other politely for almost 3 hours.  And it turns out that they were all asking for the same outcomes.

Draft Amendment 3 is complicated.  But what we heard from the NY stakeholders was quite simple.  “Keep rebuilding the coast-wide Atlantic Menhaden population.”  “Abundant menhaden is good for New York’s ecology and economy”.  “Account for the needs of fish and wildlife when setting the coast-wide Total Allowable Catch.”  And “be fairer in how quota is distributed among states to allow for some modest local bait harvest up and down the coast as menhaden rebound into their historic range.”

Menhaden is the second largest fishery in the US.  Two states (VA and NJ) currently control more than 96% of the coast wide quota.  Perspectives among state fishery managers are not even close to alignment, making the fate of continued menhaden recovery very uncertain.

There is still time to let ASMFC and its New York’s representatives hear your perspectives by emailing comments@asmfc.org (Subject line: Draft Amendment 3).   The public comment period is open through October 24th 2017.  Decisions will be made at a meeting on November 13th and 14th. 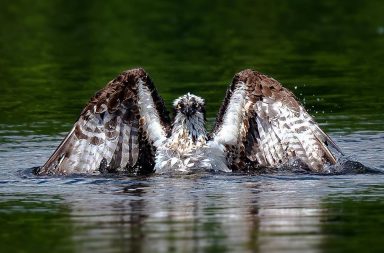