The Fourth of July brought with it not only fireworks and celebration, but also a very flat, mellow ocean. The north wind and a lack of swell made for smooth lake-like conditions.

I love these conditions for running the boat out there because the surface is relatively smooth in shape and texture. It essentially becomes a backdrop from which your eyes can pick out anomalies – small disturbances emerging out of the overall pattern.

All too often, these visual stand-outs turn out to be helium balloons. (Please, folks, think about curbing the balloon use, or at least don’t let them go fly away. They land on the ocean, and I can fill garbage bag picking them up. They kill.)

The next common thing you will see are seagulls. Kind of boring, but worth a second glance. I have found sea turtles that I initially thought were birds.

Now if you keep your eyes scanning, there is a good chance that you will see some wonderful things – dolphin, sharks, turtle, an occasional humpback or fin whale. Keep looking for the anomaly in the pattern. You eyes will learn to see what you are looking for.

On the Fourth, I spotted a few pods of migratory, bottlenose dolphin, Tursiops Truncatus. They were actively corralling and feeding on bunker (menhaden). Many babies were in the mix. There seemed to be two separate pods of 15 to 30 individuals. I was between 1/2 mile and 2 miles off, between Robert Moses and Kismet. I often see dolphin very close to shore. On these calm days, consider bring binoculars to the beach with you. You might get a nice surprise!

Photo tips: You really need a telephoto lens with some reach. You cannot get too close to these guys. Its not safe, legal, or effective. If you get too close, they dive deep and split. I try to maneuver to within no more than 50 yards, and then stay parallel to the direction they are heading and get a bit ahead of them. Turn off engine, and let them swim towards you, on a line that still maintains your distance. I’m shooting with a relatively cheap 150-600mm zoom lens. At 600mm, I really want some wide depth of field, so I keep my F-stop at 8 or higher. Shutter speed needs to be fast – subject is moving at a distance, so I try not to go below 1/1000th of a second. For me, this works well in aperture priority mode. If I can’t keep the shutter speed up at F8, I raise the ISO. I use back button focus, because its faster for me, and you need to be fast for when a dolphin pops up. It also allows me to to pre-focus on where I think they will be, and then just snap the shutter.

I can’t really say enough about keeping your eyes on the water, and observing the surface. On the way in, at a slow cruising speed, I saw a small disturbance that I though might be a turtle. Turns out it was the dorsal fin of a triggerfish. I stopped and he swam under the cover of the shadow of the boat! Enjoy, and keep those eyes open! 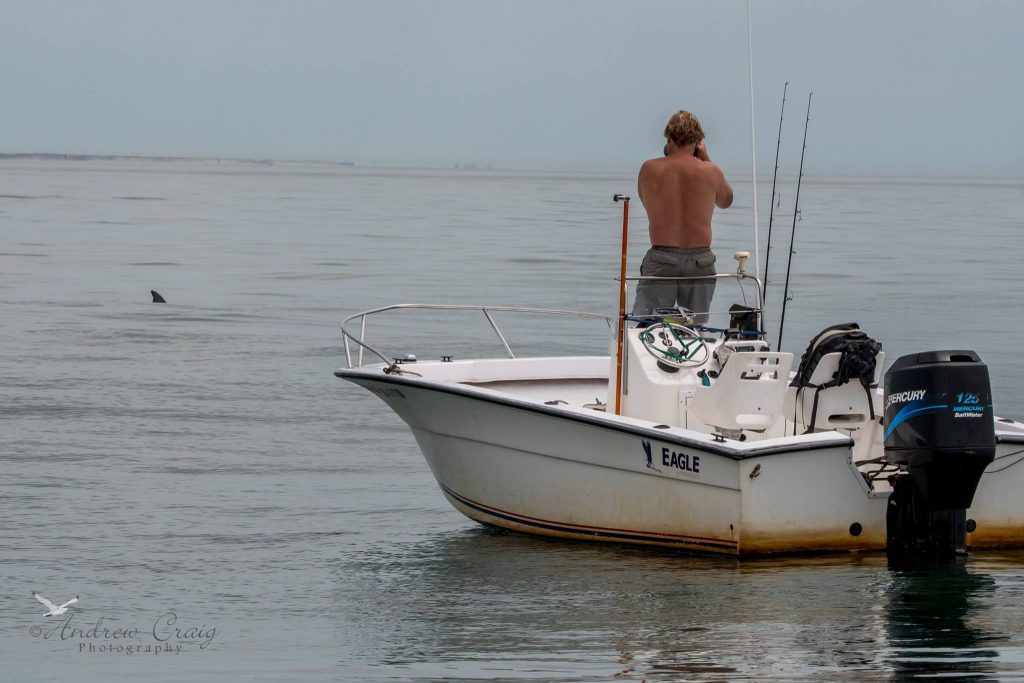 The author in action | Photo by Andy Craig 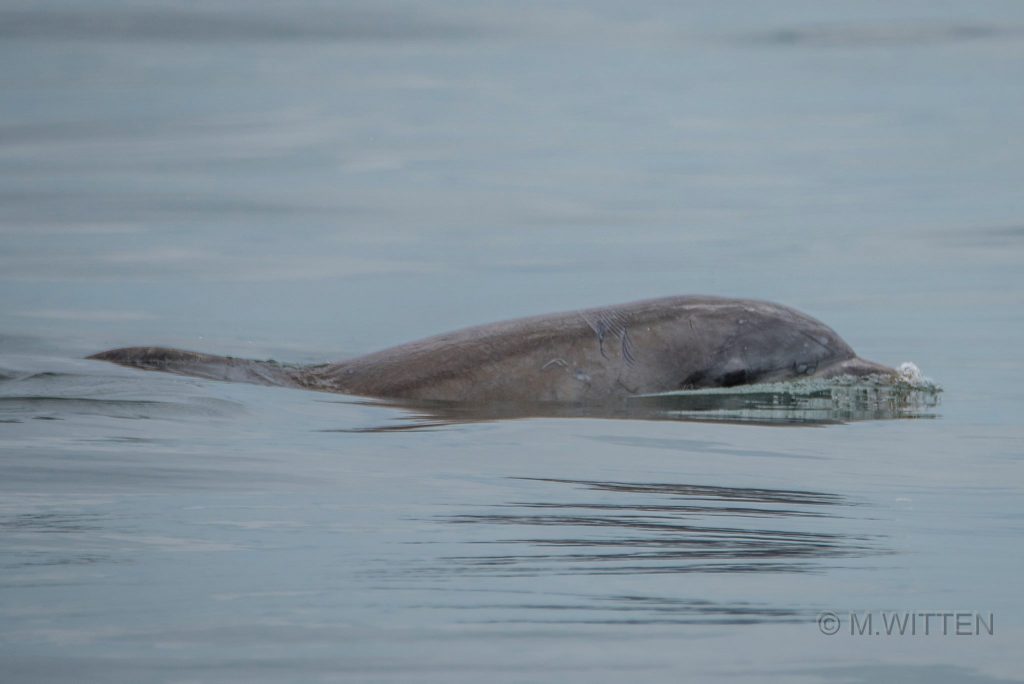 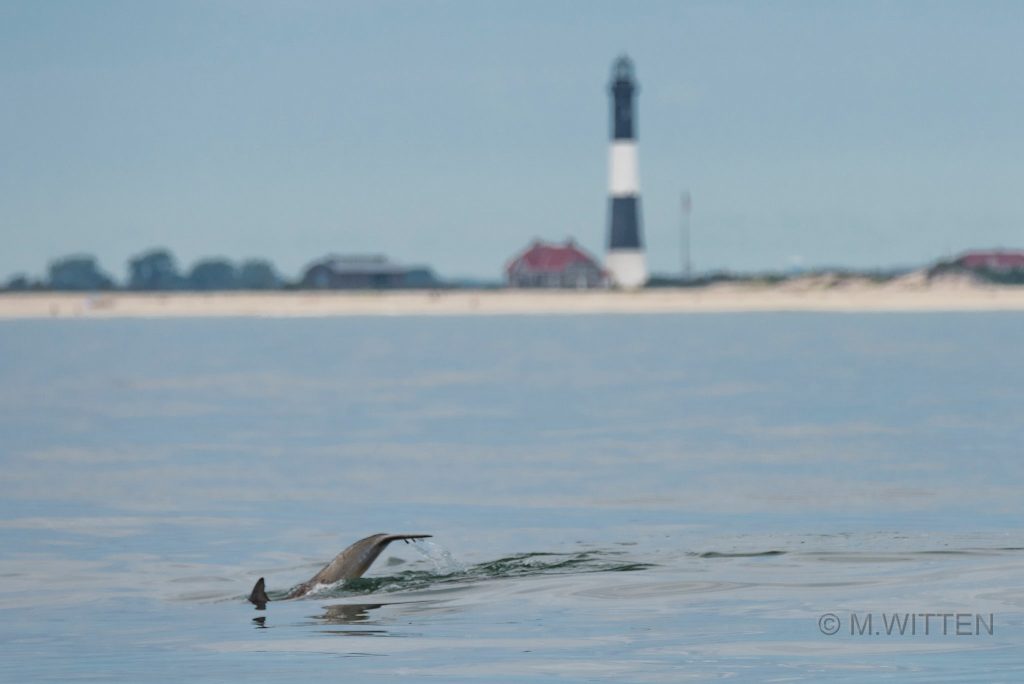 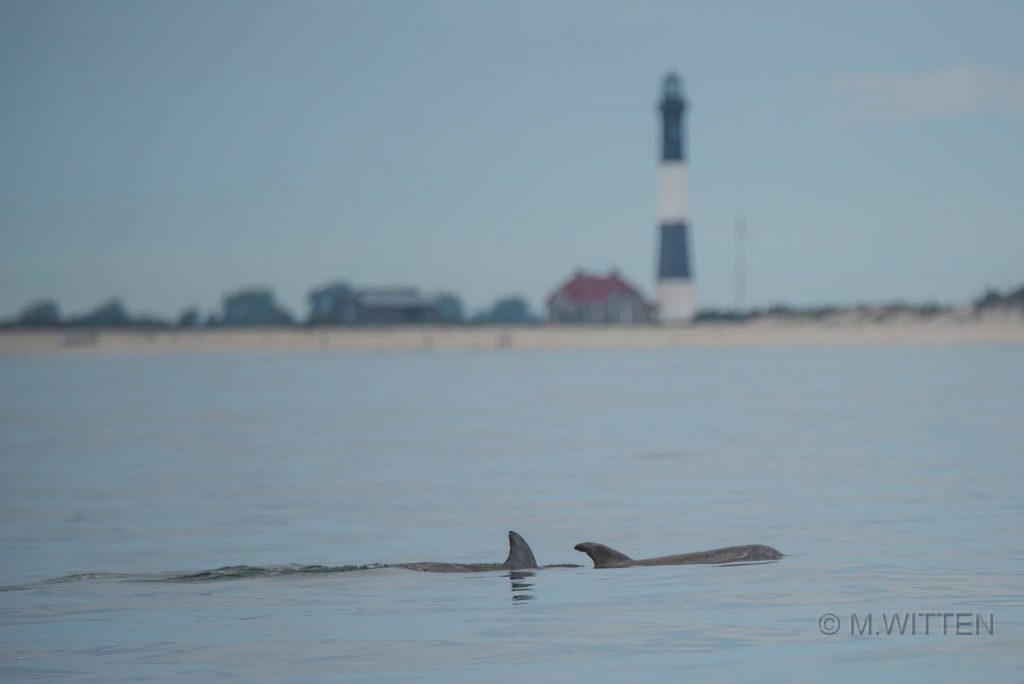 More images and video on Page 2 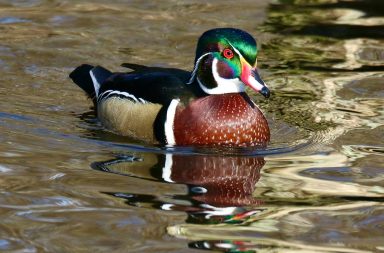