A Day with Ocearch off Montauk

I spent two days aboard the M/V Ocearch in mid August looking to tag young Great White Sharks, here is part I from Montauk.  I will follow-up with part two off Shinnecock.

Chris Fischer and the Ocearch team just wrapped up their 2nd expedition off Long Island and their 30th expedition overall, tagging Great White and Tiger Sharks for research purposes.

If you don’t remember the name or have never heard of Ocearch, Chris founded Ocearch in 2008 after 8 years and 180 episodes of ESPN’s Offshore adventures followed by the Shark Wranglers on the History Channel.

The operation has now transitioned from reality television to an open sourced science platform supported by corporate sponsors including Costa, Yeti, CAT, Cisco Brewers, Southern Tide and Jefferson’s Bourbon that want to give back to the Ocean.

Ocearch shares this data real-time on their Global Shark Tracker with nearly 3 million users worldwide and the scientific community.  This open source and real-time sharing of data is helping to fill huge data gaps in what we know about the greatest apex predators in the Sea.

Before getting picked up, I took a short drone flight out to the M/V Ocearch to give a perspective of how close they are fishing off the beach. 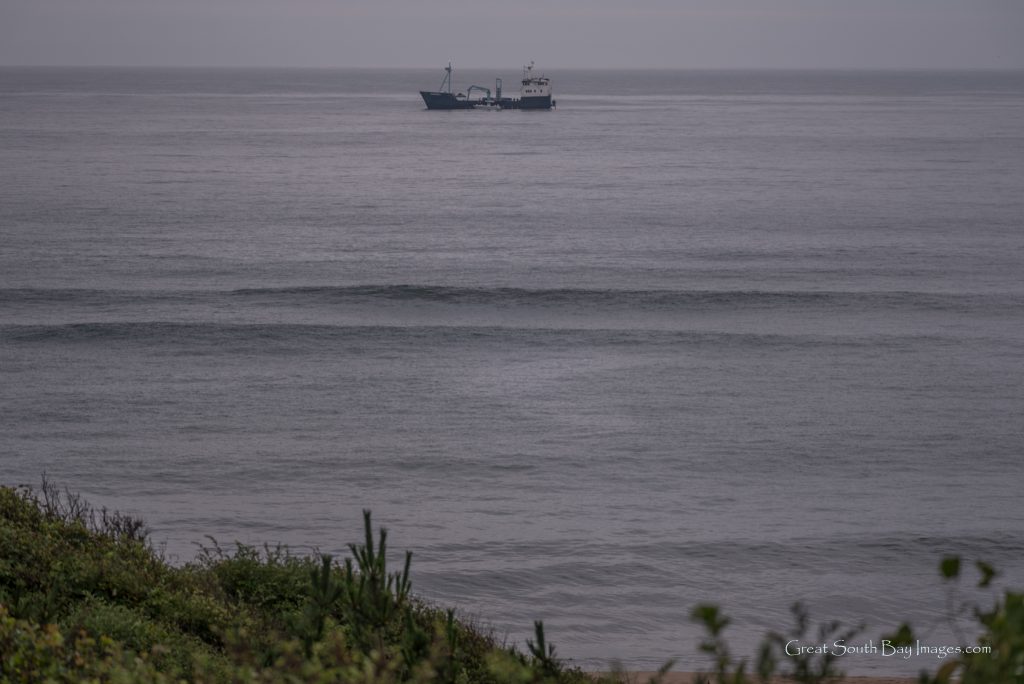 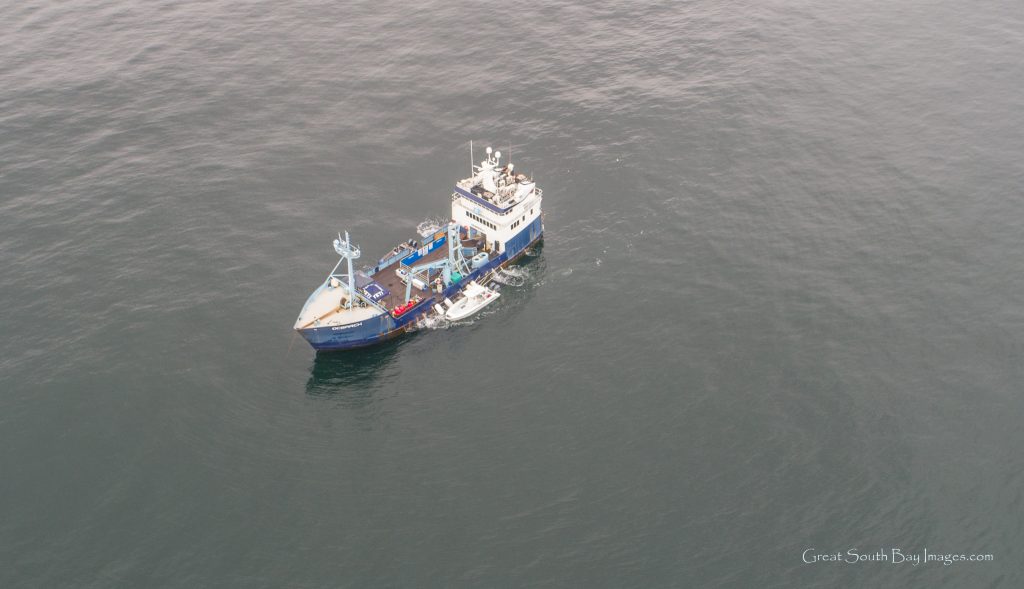 On Wed August 15th,  I was picked up at Star Island Yacht Club and Marina by the Ocearch 28 Contender, which does double duty as a fishing platform and ferry between port and the Mother Ship.  After a nice 12 mile run around Montauk Point we were soon boarding the M/V Ocearch, a 126 foot former Bering Crab boat right out of Deadliest Catch.   On the way out the Contender drove by several huge pods of bunker, always a great sign of marine life below. 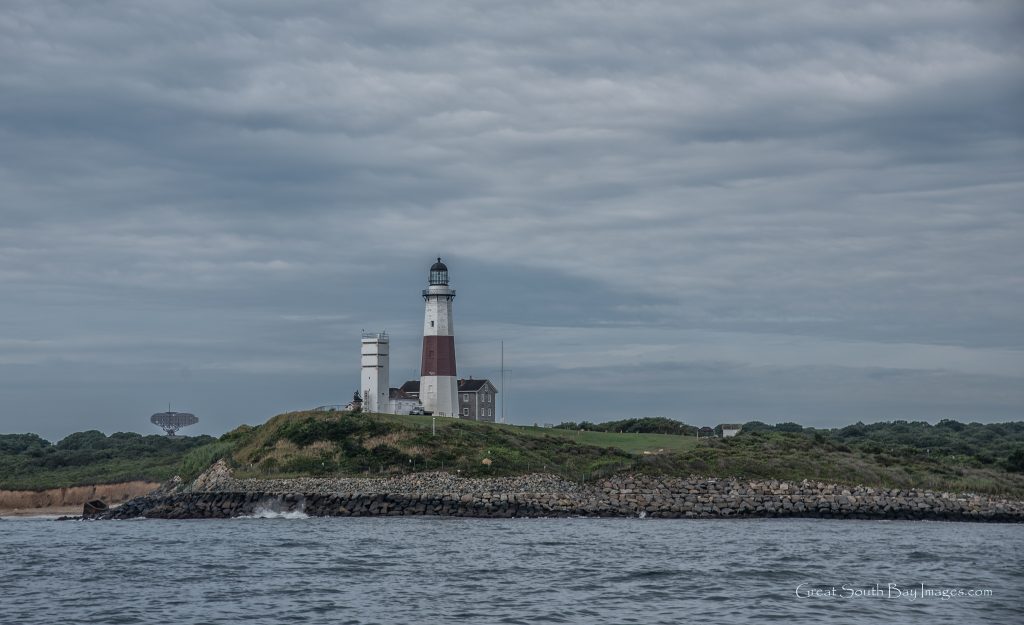 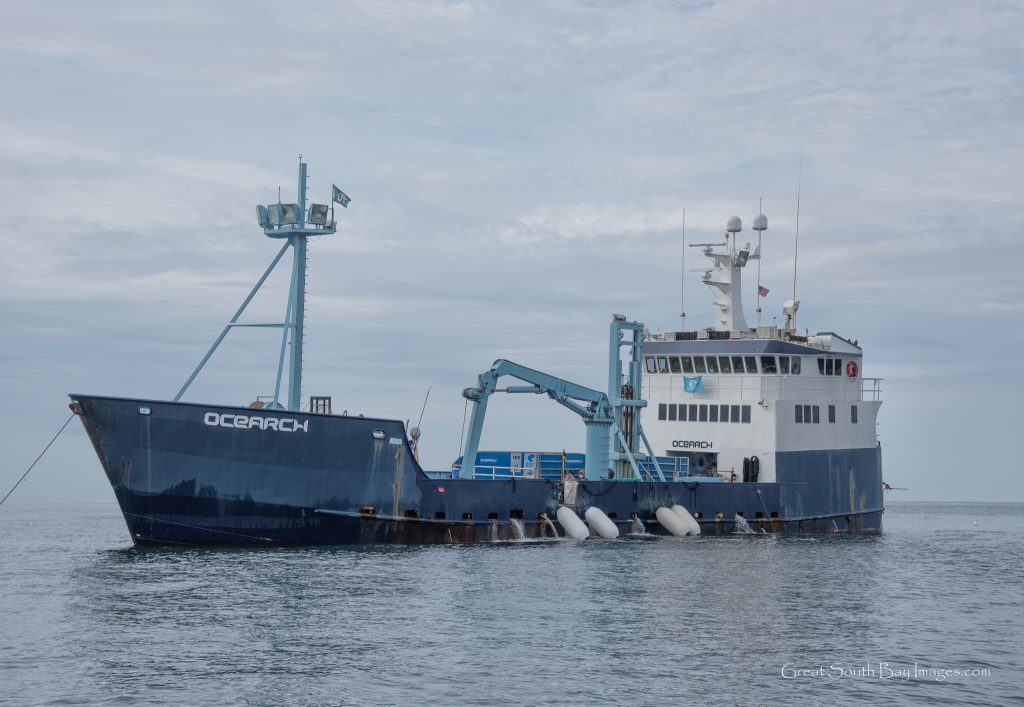 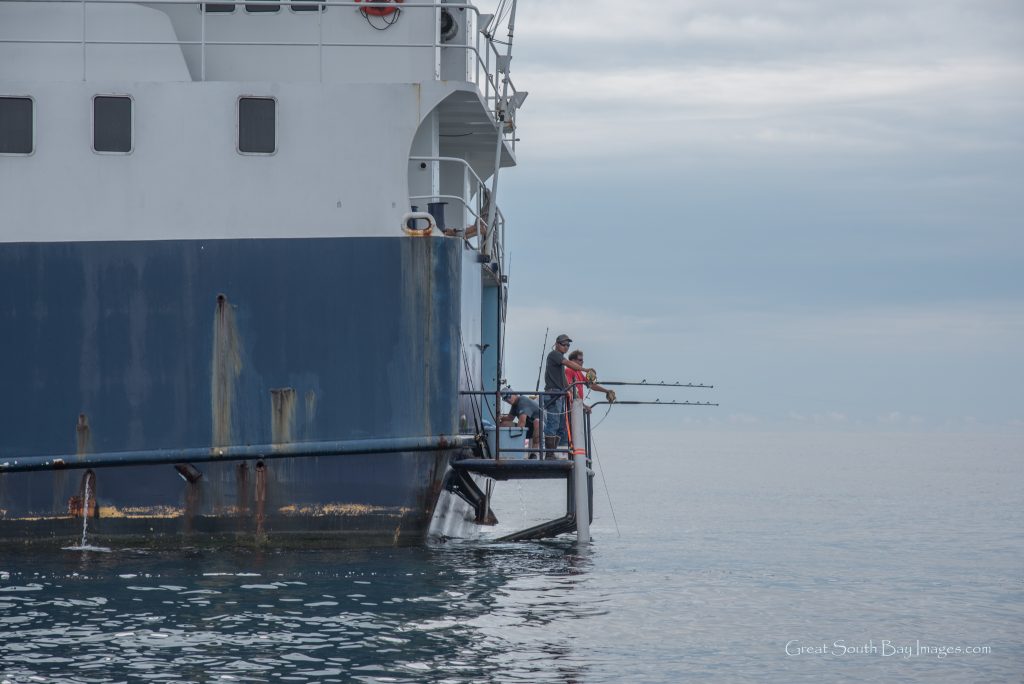 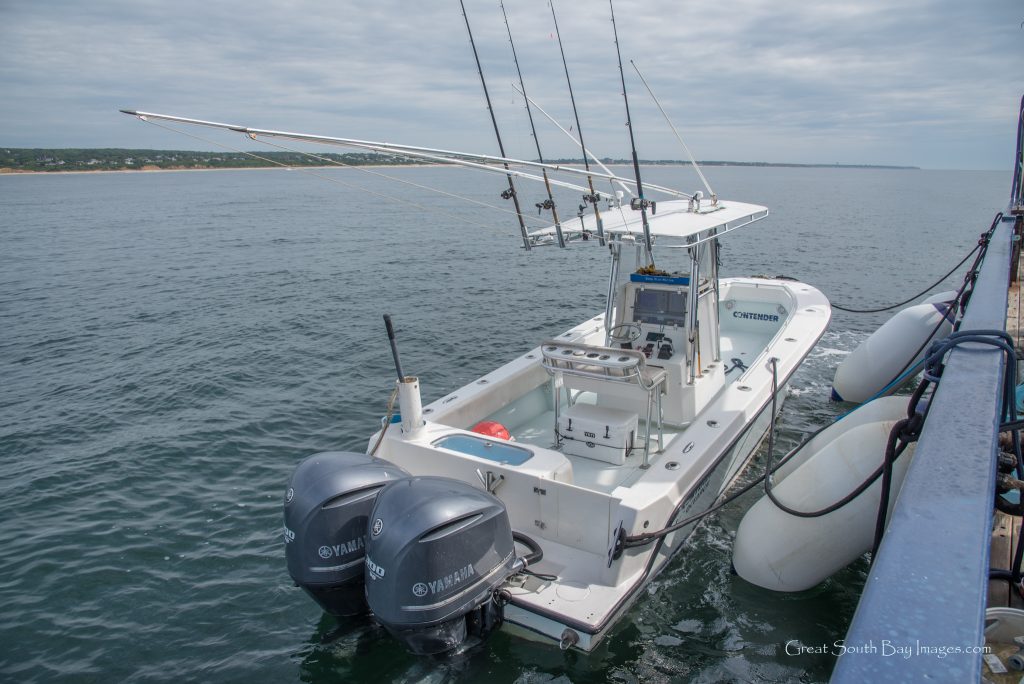 This a serious ship that is outfitted for world travel and extended time at sea.  An onboard crane can lift both the Contender and another Safe boat onto the deck during extended travel or rough weather.  The boat is powered by two Cat engines and three Cat generators, features an at-sea laboratory and custom-built 75,000 pound capacity research platform that can lift a 5,000 pound shark along with a team of scientists and crew. 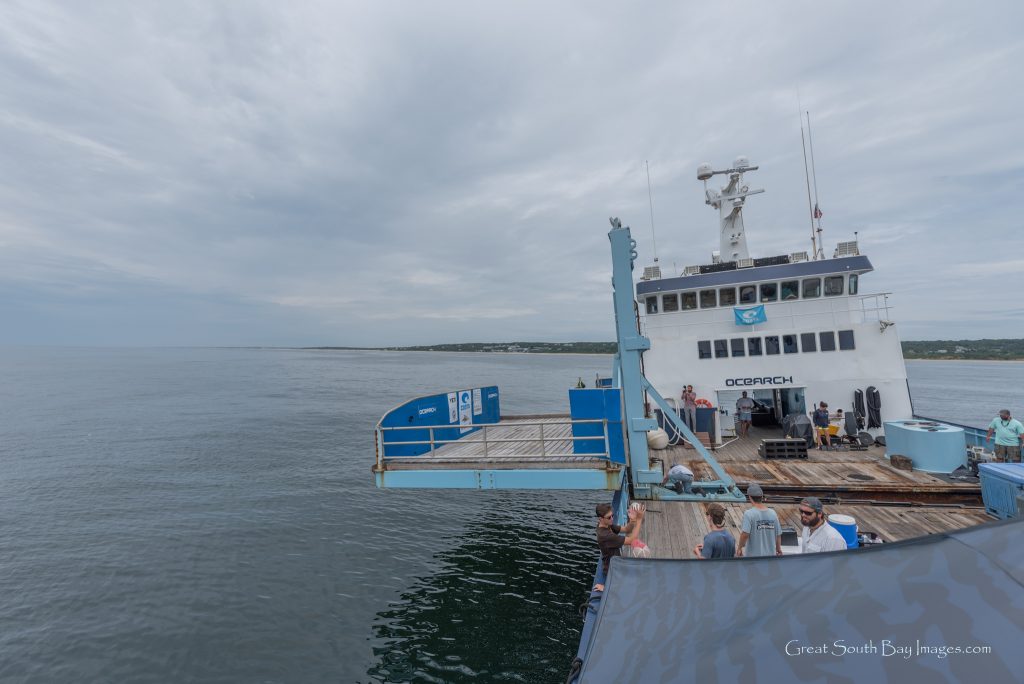 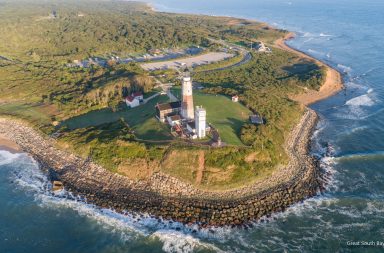