Beachgoers at Davis Park were treated to the amazing sight of a Humpback Whale lunge feeding on bunker and tail slapping on Saturday.  Most of the action occurred around 11:00 a.m. but the Whale was seen off the beach at various times all weekend.  I went back and found some footage in the video above from the Surf Cam stationed on top of the Davis Park Casino where the whale gave a show to a passing sailboat.   The whale also appeared to performing multiple tail slaps during the second half of the video.

I took a short drone flight later in the day but couldn’t find the whale but the aerial view showed why it was here: big schools of bunker (Menhaden) up and down the beach. 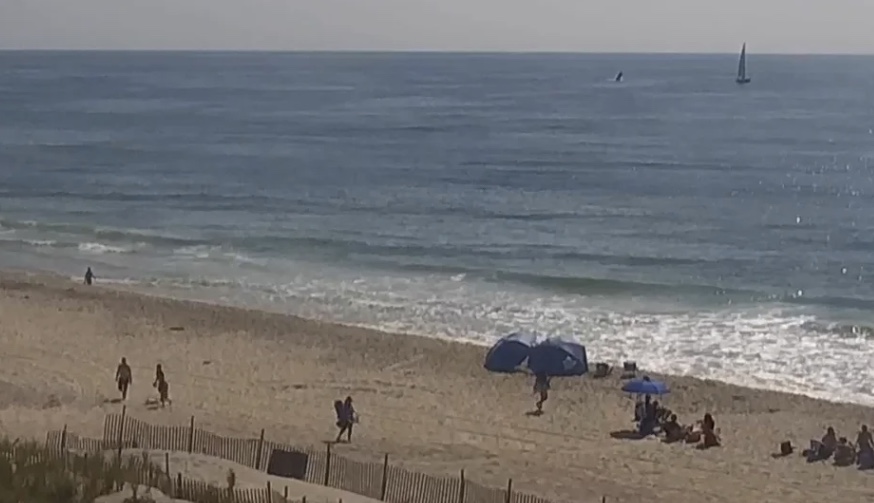 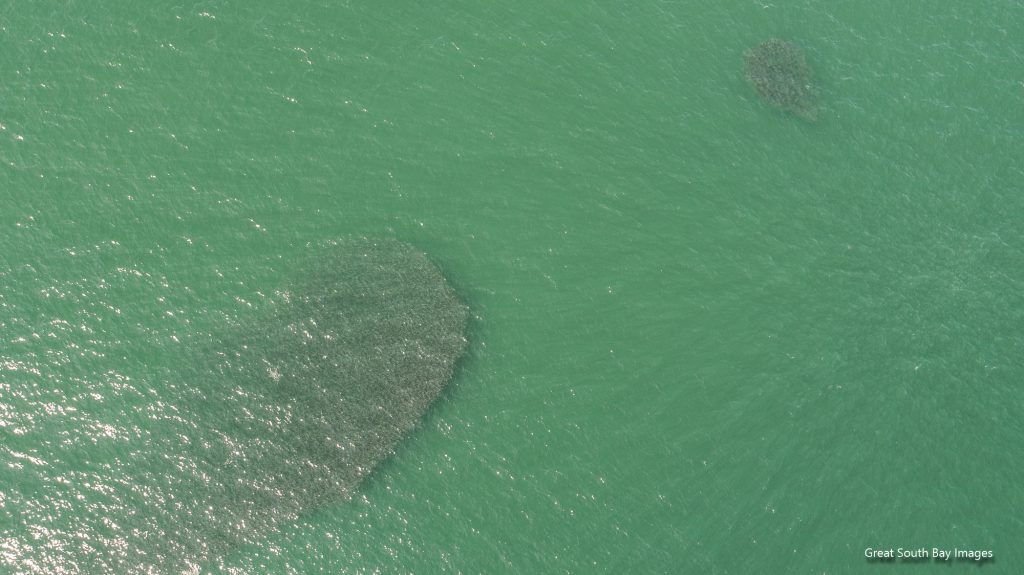 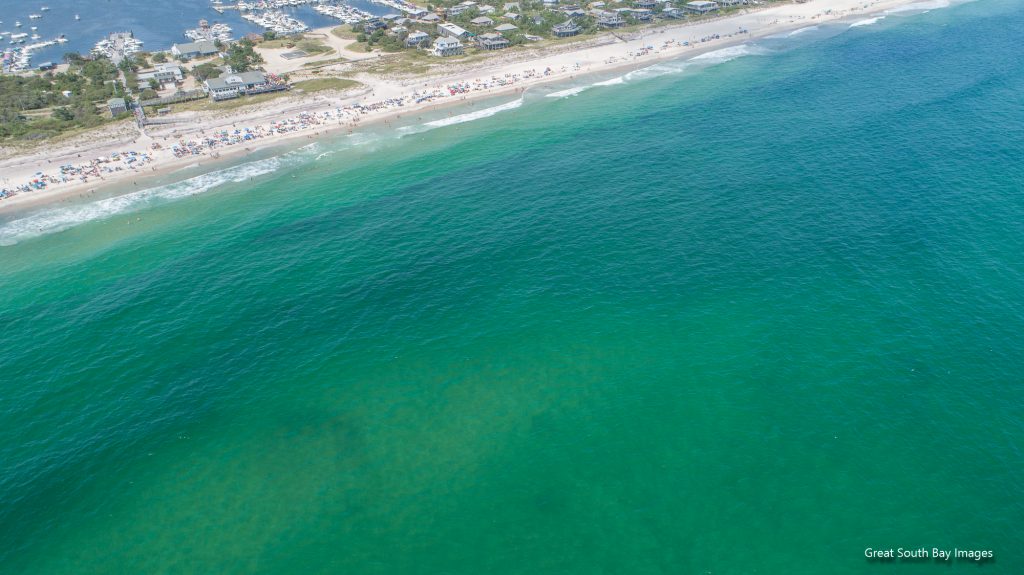 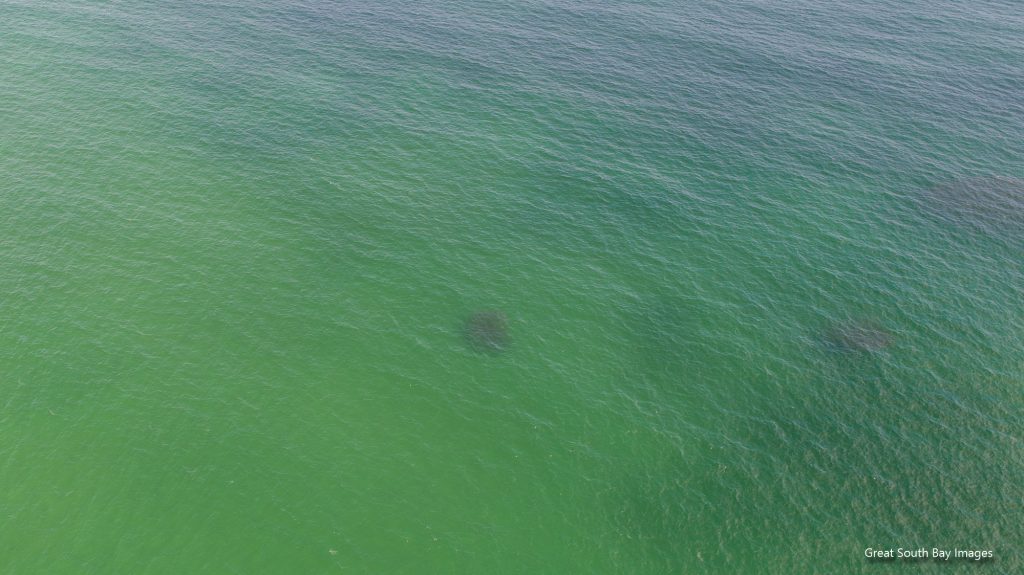 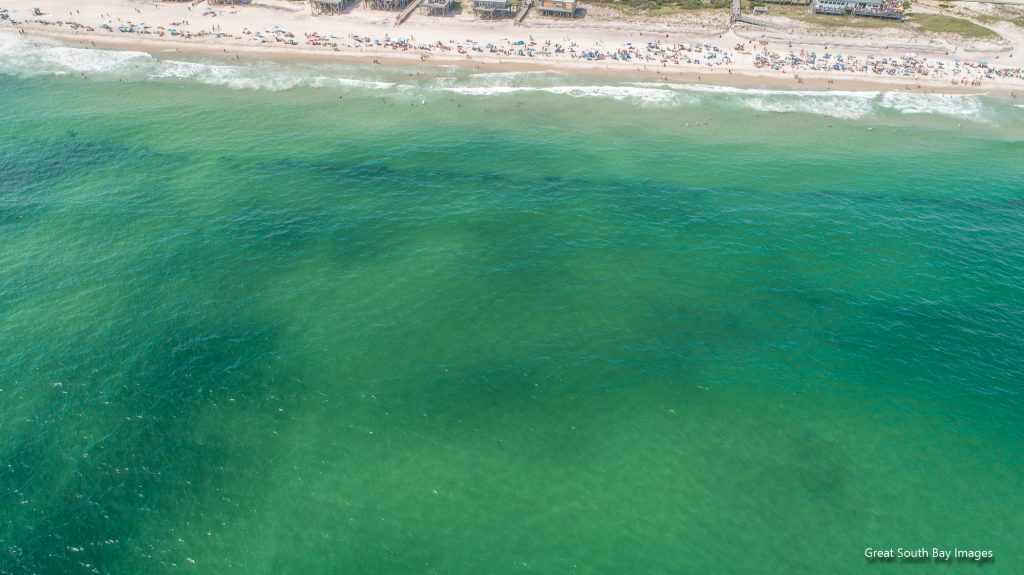 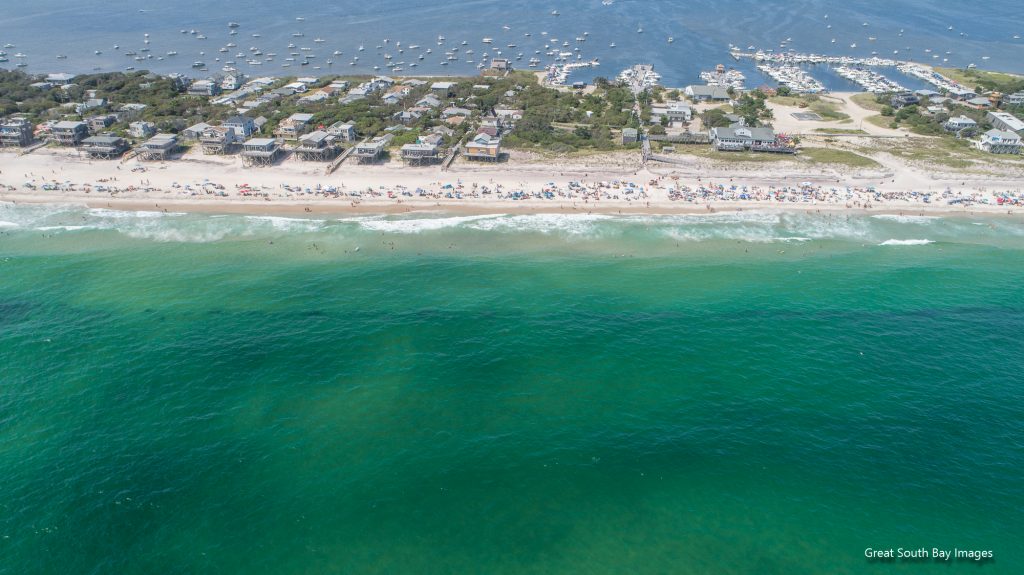 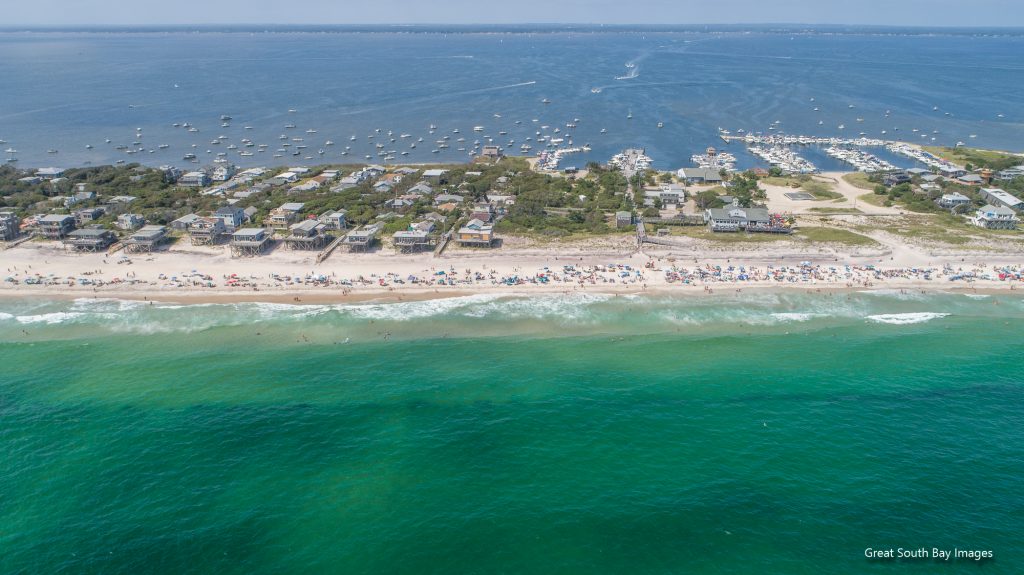 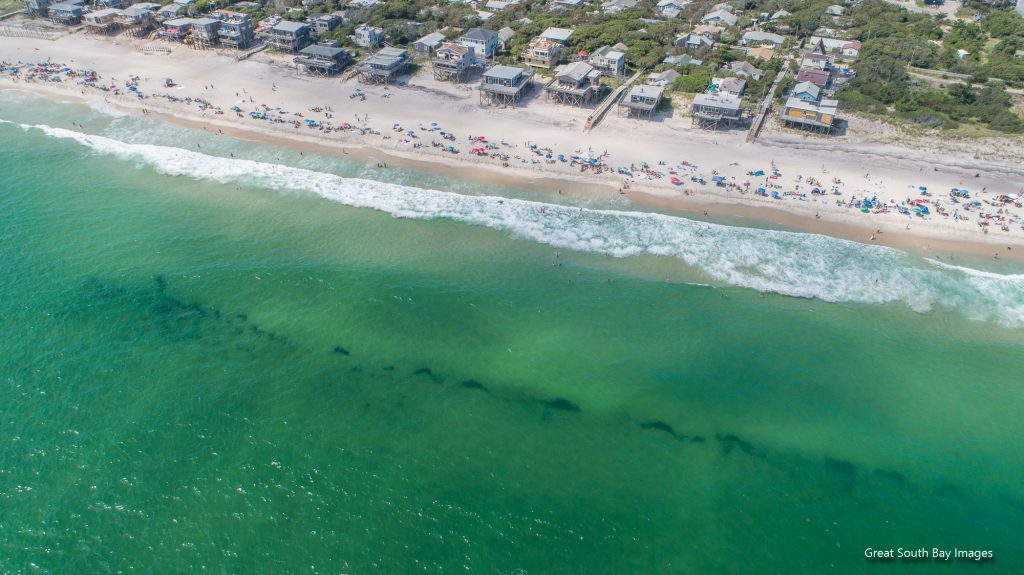 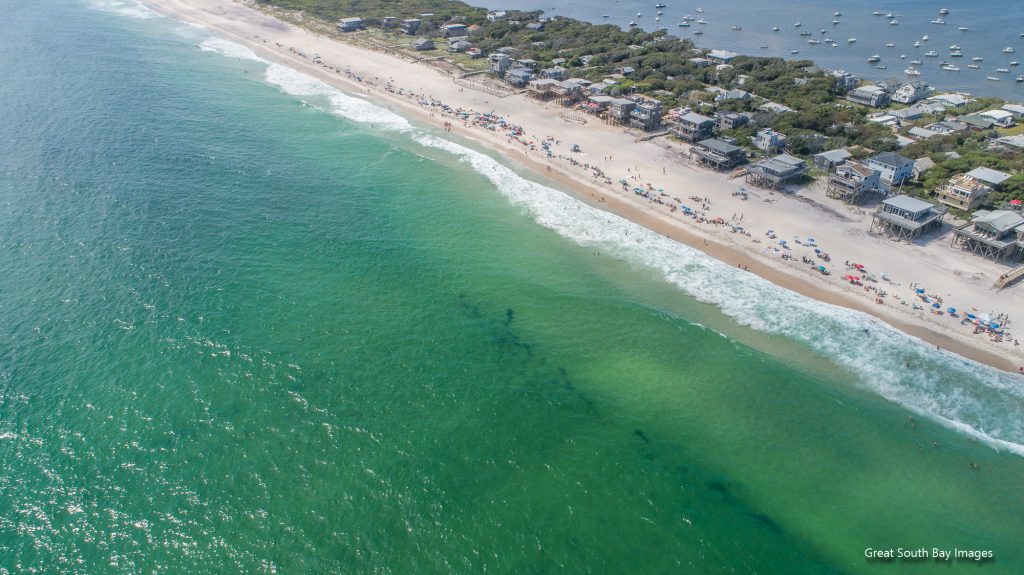 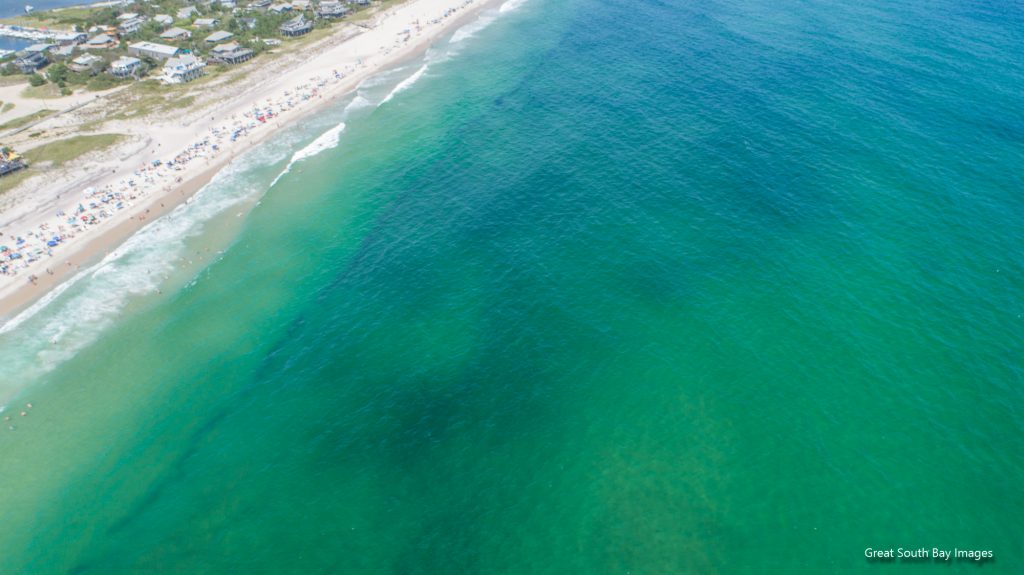 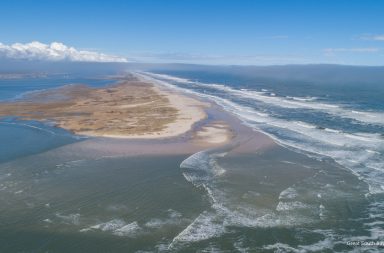